Clinton and Trump Attack Each Other, Previewing the Vicious Election to Come 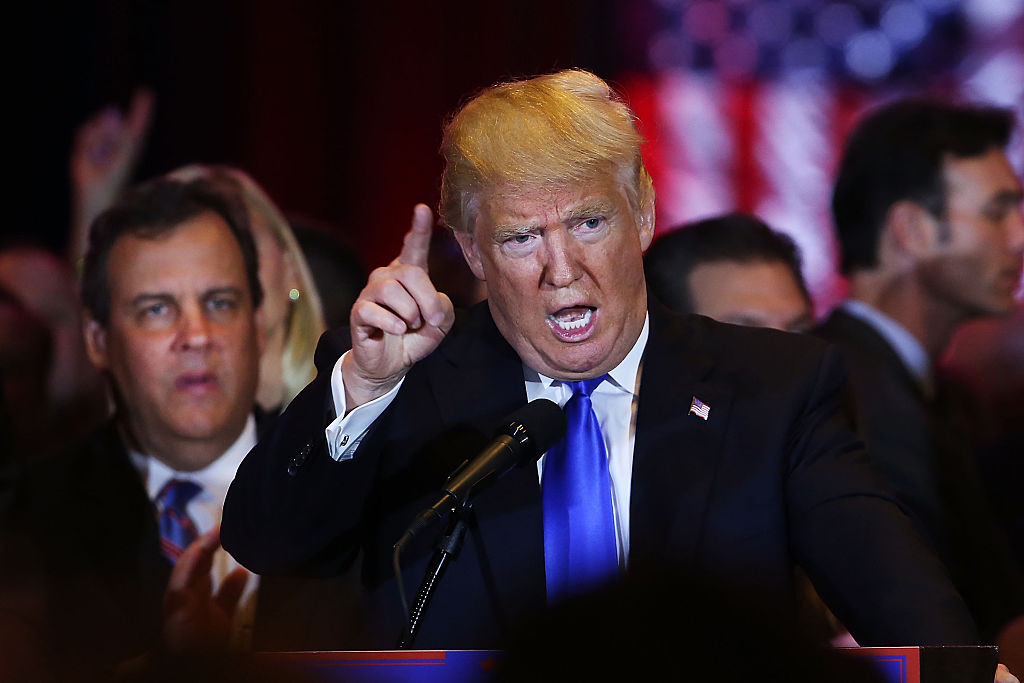 The primary calendar, the delegate count, and their remaining challengers would agree that Donald Trump and Hillary Clinton have work left to do before they can start tearing into each other in what promises to be a vicious general election.

Neither frontrunner got that memo Tuesday night after piling up impressive wins in contests across the Northeast. Trump swept the five events against his two Republican rivals, winning at least 55% of the vote everywhere. Clinton’s performance was more of a mixed bag, winning four primaries by a range of margins while losing Rhode Island to Vermont Sen. Bernie Sanders. Both interpreted those results as the starting gun for their long-brewing head-to-head — and both used speeches to their supporters to preview some early attack lines.

Clinton delivered her zings in the practiced cadence of her stump speech. After talking up shared Democratic priorities like expanded healthcare access and an “urgent” response to climate change — an olive branch to Sanders supporters — the former Secretary of State called out Republican candidates, generically, for wanting to curtail voting and reproductive rights, deport illegal immigrants, marginalize Muslim Americans, and deny the existence of climate change. Then she called on Trump by name. “The other day, Mr. Trump accused me of playing the ‘woman card,’” she said. “Well, if fighting for women’s healthcare, and paid family leave, and equal pay is playing the woman card, then deal me in!”

Later, in her closing remarks, she made a less direct, though unmistakable, reference to him: “We’re going to imagine a tomorrow where hard work is honored, families are supported, streets are safe, and communities are strong, and where love trumps hate.”

Her entire speech had the polish of a carefully crafted address with its attack lines measured out in teaspoons. And it telegraphed her demographic strategy: Consolidate the party by recruiting Sanders supporters back into her fold, then run up the score with minority groups and women.

Trump’s speech was similarly revealing. He winged some opening remarks, exhibiting the same restraint he displayed after his victory in New York last week. But in a question-and-answer session that followed, he let it rip, making plain that he’s relishing the opportunity to savage Clinton — and that he plans to do so with a populist critique.

Asked to respond to her “love trumps hate” line, Trump poured it on. “I call her Crooked Hillary. She’s crooked. She’ll be a horrible president. She knows nothing about job creation. Her husband signed NAFTA, which destroyed this country economically, I will tell you. You look at New York state, you look all over New England, you look at Pennsylvania, NAFTA was a disaster, her husband signed it. And it was a disaster for this country. Hillary will be horrible, absolutely horrible, on economic development. She will be terrible on jobs. She knows nothing about jobs, except for jobs for herself. And when it came to answering the phone at 3 o’clock in the morning, she was sleeping, with Benghazi and all of the other problems…. She will not be a good president. She doesn’t have the strength, she doesn’t have the stamina.”

And that was just his warm-up. He went on to strafe her with lines that he could have borrowed from a Sanders rally, criticizing her vote to authorize the Iraq war, her allegiance to freer trade, and her ties to Wall Street. Indeed, Trump suggested, twice, that Sanders should keep his campaign alive by launching an independent bid. (Any benefit that would accrue to Trump from the Democratic vote-splitting that would result would presumably be just a happy coincidence.)

Trump — who also declared himself the “presumptive nominee” after his wins on Tuesday and called for Texas Sen. Ted Cruz and Ohio Gov. John Kasich to drop out of the race — wrapped up his rambling press conference by returning to Clinton, doubling-down on his charge that her only advantage is the “woman card.”

“She’s got nothing else going,” he said. “And frankly, if Hillary Clinton were a man, I don’t think she’d get 5% of the vote. The only thing she’s got going is the woman’s card. And the beautiful thing is women don’t like her, okay? And look how well I did with women tonight.”

A recent Reuters poll found Clinton leading Trump by 14 points among women, while a Washington Post/ ABC survey placed that margin at 21 points. And Gallup has found that Trump’s favorability is underwater among Republican women. As the main event draws nearer, he’ll likely find that the kind of language he used on Tuesday isn’t helping.