Here’s What to Expect From Today’s Fed Decision 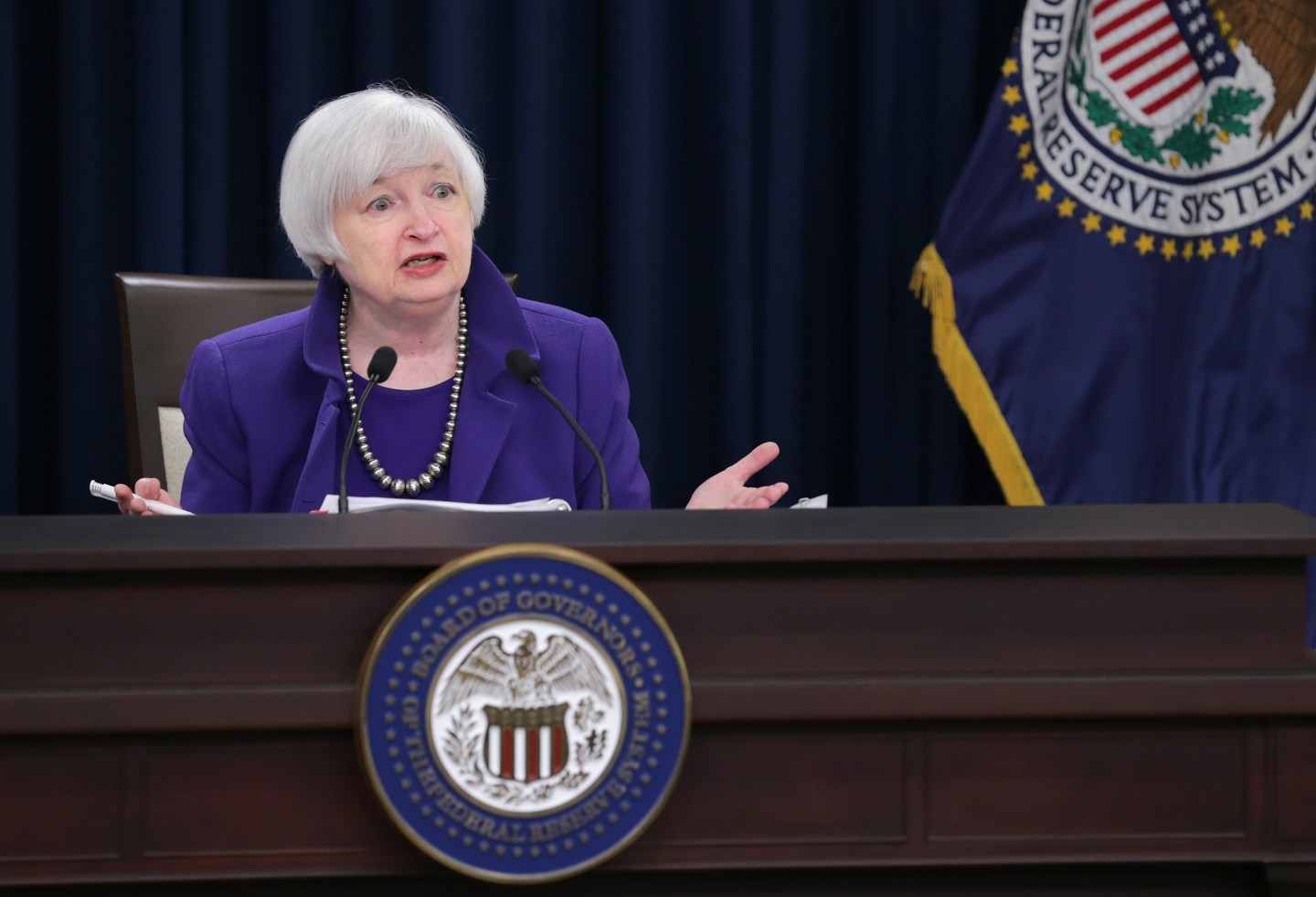 The Federal Reserve is expected to keep interest rates unchanged on Wednesday as it continues to monitor the impact from weakening global growth but may seek to signal to markets it is determined to resume policy tightening this year.

The Fed has held its overnight lending rate for banks at a target range of between 0.25 and 0.50% since it lifted the benchmark interest rate for the first time in a decade from near zero last December.

Since then the Fed has signaled more caution, despite the U.S. economy’s relative strength, as concerns a slowing China would depress global growth sparked steep stock price declines and tighter financial market conditions early in the year.

The latest Fed policy decision statement is due to be released at 2 p.m. EDT (1800 GMT) on Wednesday. Fed Chair Janet Yellen is not scheduled to hold a press conference.

Markets have turned up since the last rate decision in March. The S&P 500 has risen more than 14% since mid-February. China’s economy has also shown more positive signs, growing at a 6.7% pace in the first quarter.

A Reuters poll of more than 80 economists showed expectations were for two rate increases this year, with the possibility the Fed will hike in June.

Additionally, some of the pressures that have kept inflation lower than the Fed would like have abated. Oil prices have rallied, with the Brent benchmark crude up 20% to around $44 a barrel since the Fed’s December rate hike, while the dollar has dropped around 4% against a basket of currencies during the same period.

Those factors may allow the Fed to reinstate a balance of risks assessment in its statement, most likely a description of the risks to the U.S. economic outlook as “nearly balanced.”

Such phrasing is usually seen as prerequisite to policymakers even considering another rate rise. However, the U.S. central bank has tried to move away from forward guidance as it implements rate hikes.

The Fed may also acknowledge the recent improved market indicators by dropping or softening its March warning that global economic and financial developments “continue to pose risks.”

“If anything, Fed officials will likely want to encourage markets to price in more tightening than is being priced in currently,” said Jim O’Sullivan, an economist at High Frequency Economics, in a note.

Investors currently see zero chance the Fed will raise rates at this week’s meeting and see a 23% probability of a hike in June, according to an analysis of Fed Fund futures by the CME Group.

Eye on the Data

The Fed may be wary of making too strong a judgment on the resilience of the U.S. economy come June until it has more data.

The global situation has already caused the Fed rate setters to dial back their estimates on the number of rate rises this year. Predictions from policymakers now show two, compared to four last December.

Other major central banks are grappling with ways to deal with lackluster growth. The Fed remains concerned that with interest rates still close to zero it would have to rely on more unconventional policy tools should the economy slow.

The Bank of Japan could cut its rates further into negative territory when it meets on Thursday.

U.S. data in the pipeline includes the initial estimate of first-quarter gross domestic product growth on Thursday, which is expected to be weak. Economists polled by Reuters predict 0.7% growth for the first quarter. The Fed will look for signs over the next few weeks that the economy is accelerating for the second quarter.

Another strong monthly jobs report in just over a week’s time could assuage concerns as would evidence a recent uptick in inflation is being maintained.

As such if there isn’t a balance of risks reinserted into April’s statement, “Fed officials could still use their speeches to manage market expectations higher,” if they decide on June, said Sam Bullard, an economist at Wells Fargo.