How Arby’s (Yes, Arby’s) Is Crushing It 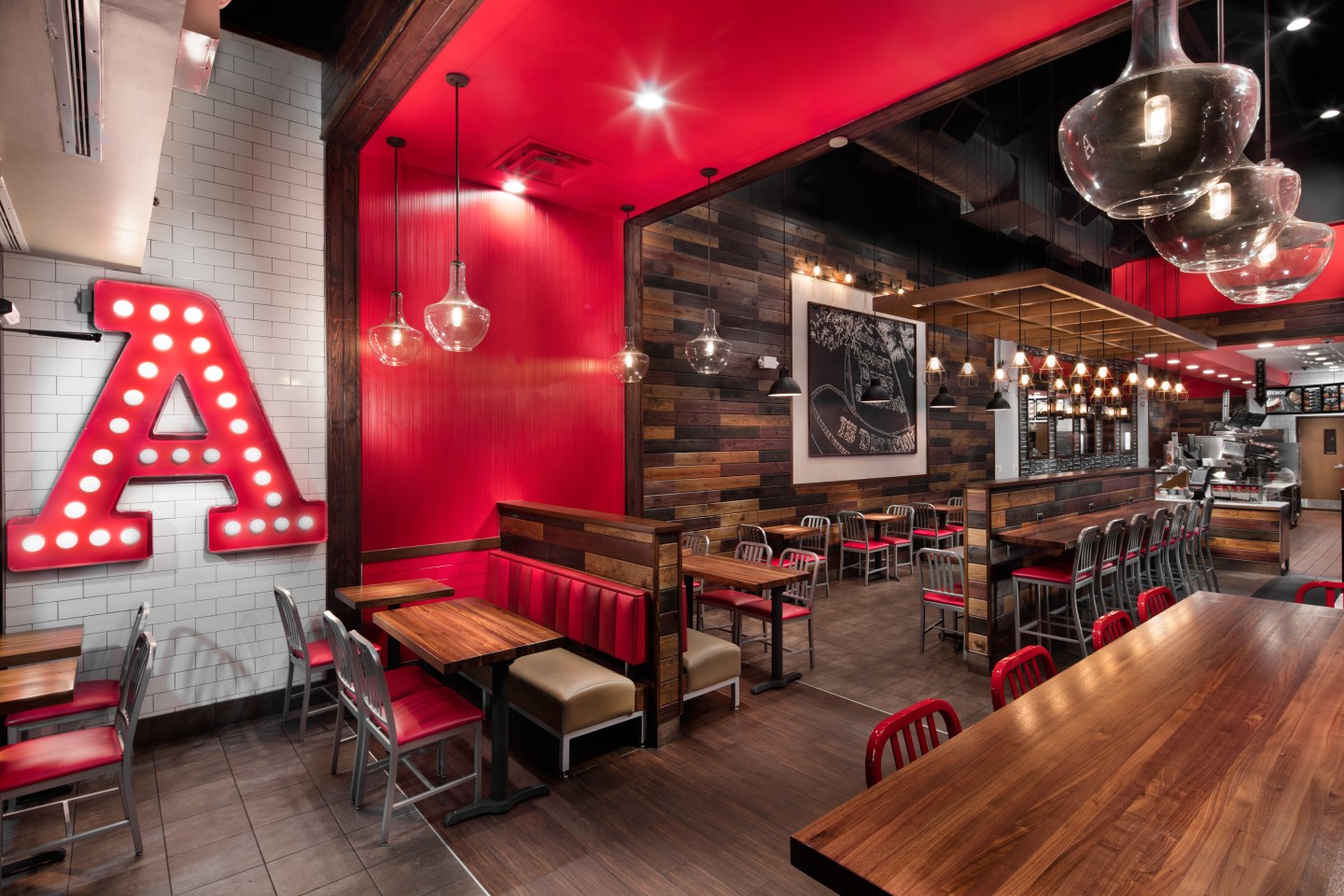 Arby’s is best known for its meats. But the sandwich chain is also starting to get a reputation for its dough—and not the kind used as a platform for its classic roast beef.

Privately held Arby’s posted 5.8% U.S. same-store sales growth in the first quarter of 2016, the company told Fortune, marking the 22nd consecutive quarter Arby’s has seen a rise in this closely watched metric as well as the 13th straight quarter of outperforming the industry as a whole.

“I think what we’ve seen with the brand is a rejuvenation,” says Darren Tristano of industry tracker Technomic.

The 52-year-old chain had fallen on hard times when Roark Capital bought it from Wendy’s in 2011. “It had lost focus and clarity,” says Arby’s CEO Paul Brown, who took the top job in 2013. Arby’s aims to occupy a place in the restaurant hierarchy between fast food (think McDonald’s and Burger King) and fast casual (Panera and Chipotle)Tristano calls Arby’s segment of the market “QSR-plus”—QSR standing for quick-service restaurant, industry lingo for fast food. He calls that the sweet spot, noting that QSR-plus out-performed the fast food sector last year. In the past, Arby’s sometimes struggled to reach that happy medium . “It had mixed success when it moved too far in one direction,” Brown explains.

Lately, the chain has found that balance. “The trick when you’re playing in the middle is that you have to execute flawlessly on that strategy or you can come out being neither,” Brown says. He and his team trademarked the term “fast crafted” to help the company narrow its focus and then landed on “deli-inspired delicious” as the vision for the brand.

“For the money it has to be the best product you can get, period,” Brown explains. “You go into a New York deli and you will get a better reuben than ours if you’re willing to spend $10 to $15 for it. But you will not find a better reuben for $5 anywhere else in the country.”

Historically Arby’s emphasized its roast beef. Brown instead made it a priority to expand into new proteins like brisket and launch new products such as gyros, which has set the chain apart from the competitive set.

The executive team also started to redefine its customer base, targeting what Brown calls “eating machines,” who are focused on protein. That group includes younger males, who are into physical activity and therefore looking for a high protein-to-carb ratio, and what Brown calls the the “fast foodies”—connoisseurs of the sector who want something innovative.

The chain then had to let the world know it’s more than roast beef. “We’re a big brand but we’re a lot smaller when it comes to marketing spend,” Brown says. “We have to play the game differently.” The company started running a series of ads around its “We Have the Meats” theme that showed off its proteins with a sense of humor. It also engaged with the Daily Show’s then-host Jon Stewart, who developed a schtick of mercilessly mocking the brand. Arby’s good-humored responses, including ads that acknowledged the jokes, somehow turned a potential PR headache into positive publicity

Next up for the chain is remodeling its restaurants, with 179 of its 3,300 locations upgraded last year. It’s picking up the pace in 2016—a necessary move to help continue to shake off their dated image. “As a legacy brand they have an older reputation,” says Tristano. “They need to continue to focus on the younger millennial and Gen-Z consumer that didn’t grow up with Arby’s like Boomers and Gen-X.”