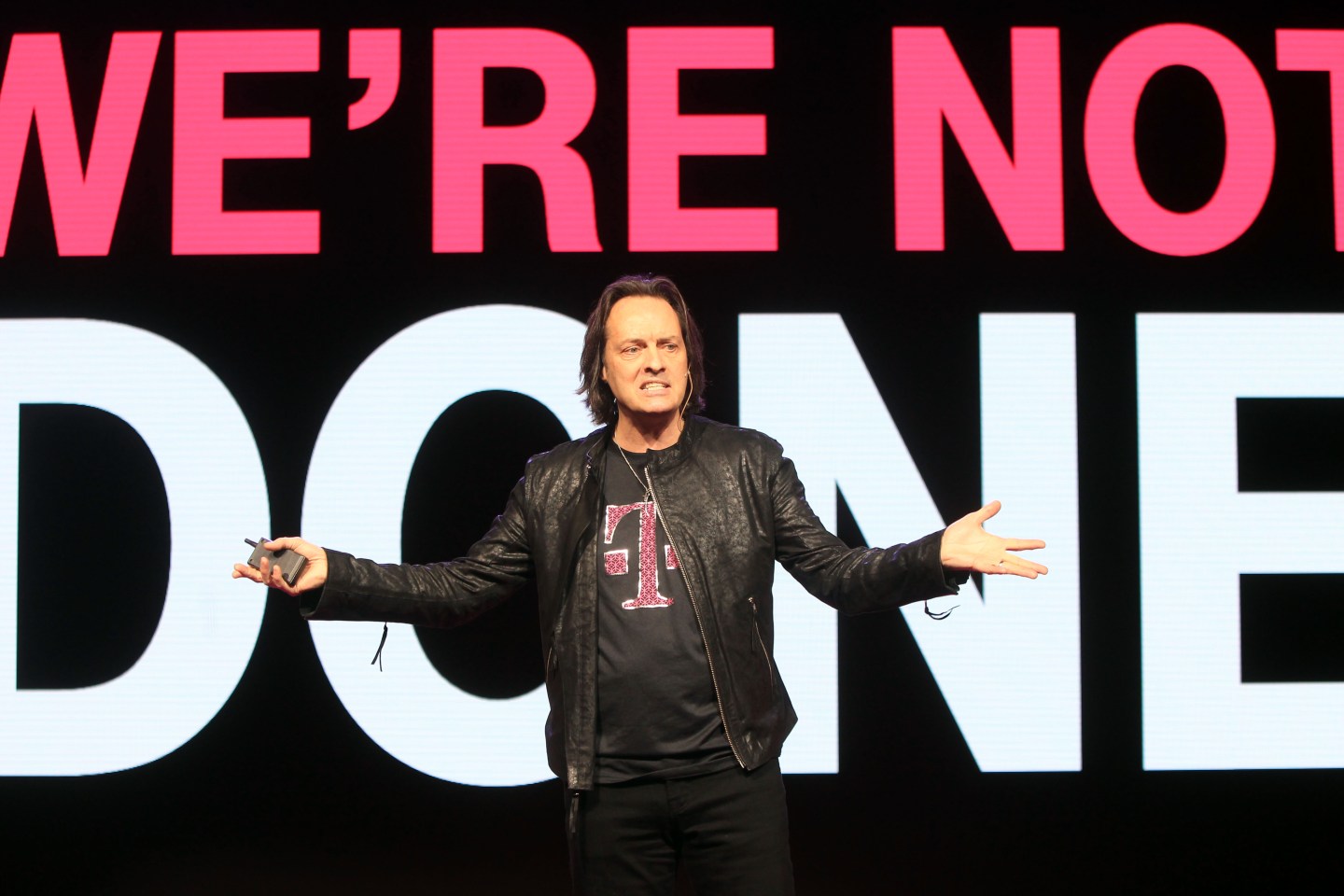 John Legere, CEO of T-Mobile, at a press conference on March 18, 2015 in New York City.
Photograph by Steve Sands—WireImage/Getty Images

T-Mobile has been the fastest growing U.S. mobile company virtually since the day CEO John Legere kicked off his unconventional “Uncarrier” marketing campaign three years ago. The company’s latest results posted on Tuesday were more of the same with a 12th consecutive quarter of adding at least one million new customers.

Legere’s competitors have long said his gains were unsustainable because the company was taking risky shortcuts, like offering too many discounts and signing up too many customers with poor credit quality.

But first quarter results at T-Mobile (TMUS) show that growth continues—with some 2.2 million total net additions in the first quarter—even as its financials are improving. Revenue was up 11% to $8.6 billion and adjusted earnings per share of 10 cents, excluding a gain from the sale of some spectrum rights, compared with a loss of nine cents a year ago. Meanwhile, bad debt as a percentage of revenue declined to 2.01% from 2.17% a year ago.

T-Mobile also raised its 2016 forecast for so-called postpaid customer additions, a.k.a. those regular monthly subscribers who are the most lucrative. T-Mobile added one million such customers in the first quarter and upped its forecast for the year to a gain range between 3.2 million to 3.6 million versus the previous target range of 2.4 million to 3.4 million.

Legere’s recent innovations include the “Binge On” service that lets a customer watch video in DVD quality on their phone without using up their data plan and “Music Freedom,” which exempts leading streaming music services from data usage. Shares of T-Mobile, which have gained 7% in 2016 and 22% over the past year, were down slightly after the results came out on Tuesday to $40.74, a 1% decrease.

Legere took his usual shots at competitors Verizon Communications (VZ), AT&T (T), and Sprint (S), though he was expletive-free on Tuesday.

“Clearly we have them rattled and it’s a beautiful thing to watch,” Legere remarked during the call with analysts after belittling some of their recent commercials. On Monday, Legere posted to Twitter a rap mashup of the Afroman song “Because I Got High” with clips from Verizon CFO Fran Shammo’s comments to analysts last week.

T-Mobile’s growth was well ahead of Verizon’s. AT&T and Sprint haven’t reported yet, but analysts expect more of the same. That should give Legere the freedom to keep on mashing.