Google ‘Silicon Valley’ for Fake News About the HBO Show 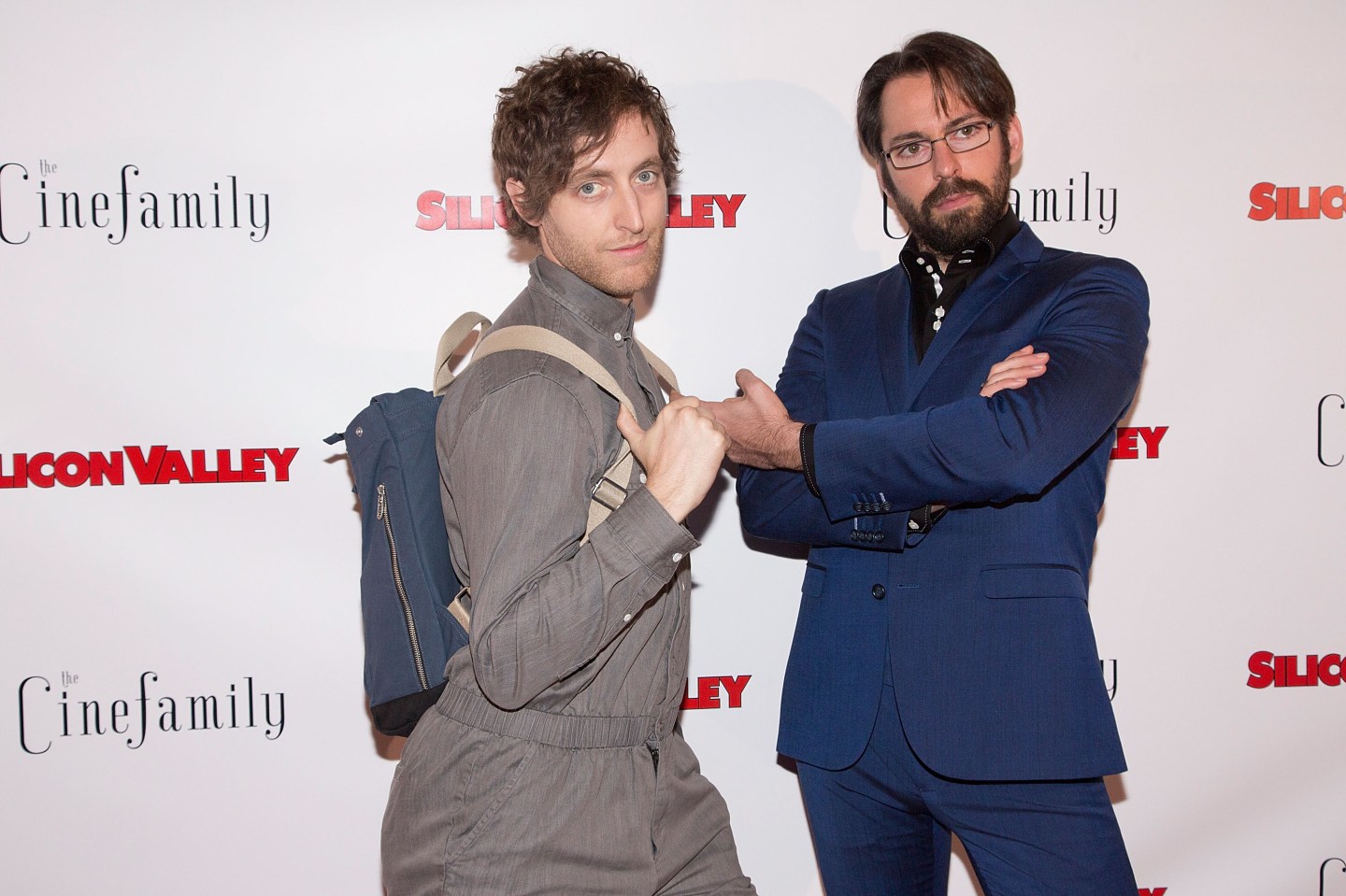 Google is permitting the HBO show Silicon Valley to have a bit of fun on its search results page.

The faux news makes reference to plot elements of the show, known for its mercilessly satirical take on the tech industry and startup culture. The third season of Silicon Valley premiered on Sunday night.

“Stanford Robotics Reports ‘Bam-Bot’ Damaged in Field Testing” shouts one bogus headline. “Are Hooli shares on a tear?” asks another, referring to the show’s fictional Internet giant stand-in for Google (GOOG). “Introducing Jack ‘Action Jack’ Barker!” proclaims a third, announcing a CEO shakeup at Pied Piper, the make-believe company at the heart of the show.

Even though Google is touting this alternate reality, the stories are clearly demarcated and set aside from Google’s actual news items. They appear under the header of “Silicon Valley,” indicating that they have been posted from an account administered by the show.

Google unveiled this “posts” feature at the beginning of the year as an experimental tool to keep citizens informed during the presidential campaign season. The company declared it a way to “hear from candidates directly, right on Google.” Other TV shows have used the tool include Jimmy Kimmel Live and Game of Thrones.

For more on HBO, watch:

Though brands can make use of the “posts” feature, it is not a paid advertising format. “We’re continuing to experiment with the look and feel of this feature, including exploring other potential use cases,” a Google spokesperson told Fortune. Politicians, small businesses, musicians, and athletes have tried the tool out as well.

Google has a history of pulling pranks of its own—some more successful than others. On April Fools’ Day, the company celebrated by adding a “mic drop” feature to Gmail that sent out Minion GIFs and muted email threads. Many users were not amused.

Then again, at other times the company’s jokes have gone over well. When Google co-founder Larry Page unveiled Alphabet as the name of a newly created Google parent company last year, he embedded a link to “Hooli.xyz” in the announcement.