Inside Prince’s Mysterious Estate, the Next Graceland 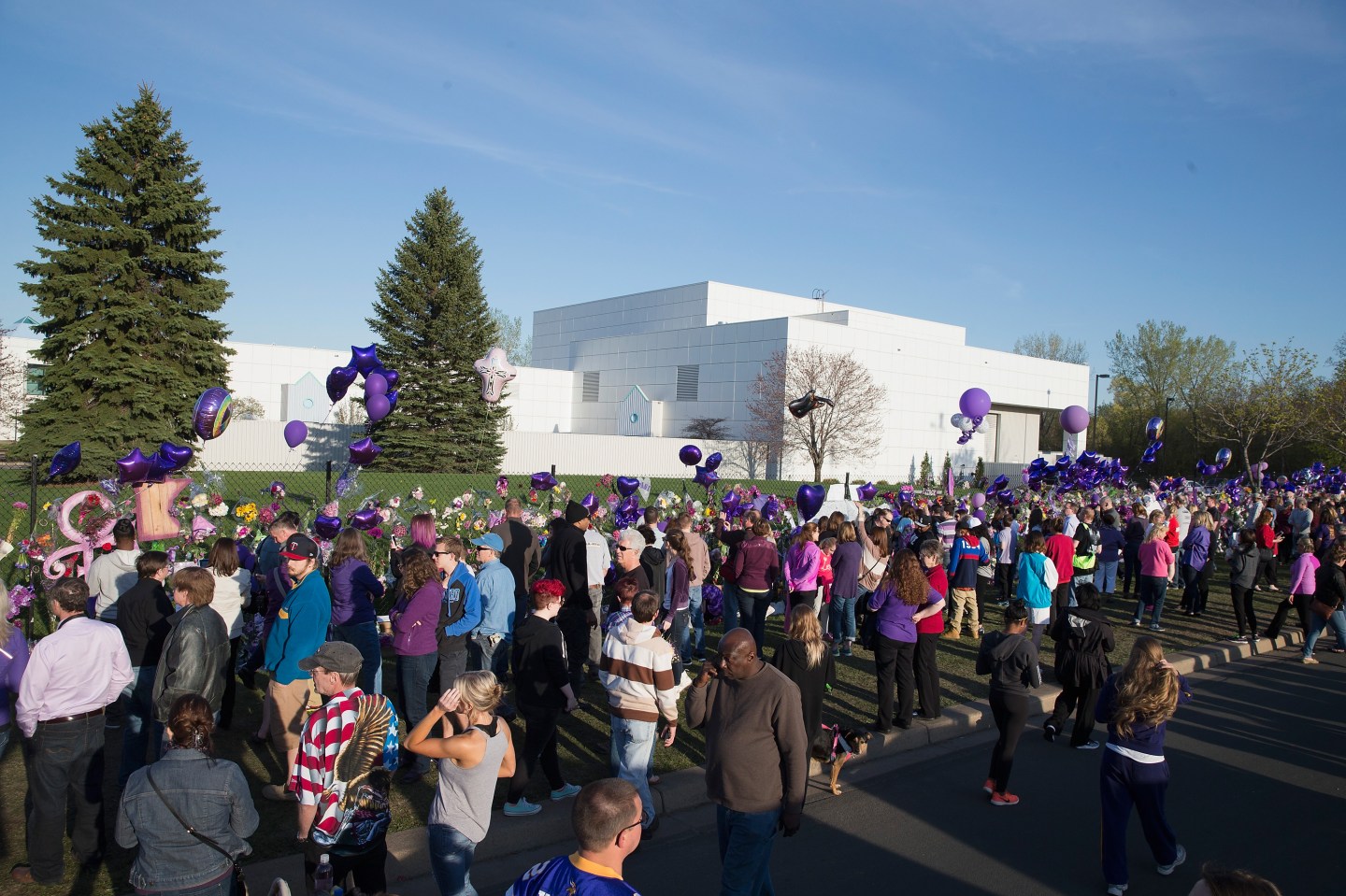 Prince and Elvis Presley, in their primes, were about as far apart as you could get musically. But the growing, if unlikely, comparisons between the King of Rock and His Royal Badness are likely to gain traction after reports emerged Tuesday that Prince’s Paisley Park home and studio will be turned into a museum.

The late musician’s brother-in-law, Maurice Phillips, told the Sun that plans are underway to convert the complex into a memorial. He did not, however, give any timetable for the conversion – and there’s still the matter of figuring out who legally will inherit Paisley Park, as well as Prince’s estate, valued at an estimated $300 million. (Prince’s sister Tyka Nelson has said the performer left no will and asked a judge to appoint a “special administrator” for the estate.)

More than just a recording studio

Paisley Park, a 65,000 square foot compound valued at $10 million, was built in 1987. Named after Prince’s 1985 song Paisley Park, it was way more than the place Prince recorded his music. It was also his home, his comfort zone and ground zero for many of his social interactions with fans.

The control room in one of the recording studios inside Paisley Park circa 1990.Kevin Mazur — Getty Images

“Prince wanted to have a place where he could do all his music and make films and do his tour rehearsals and to dance, choreography and everything under one roof, which back 25 years ago was quite progressive,” Paisley Park architect Bret Theony told CBS NewYork.

It also helped put Minneapolis on the map for music. Neil Young, Barry Manilow and the Muppets are among those who have rehearsed at Paisley Park. The compound also has been used by others for film work; commercials were filmed there for Burger King, Cadillac and Hormel Chili.

Unlike Graceland, which was legendary among fans before Presley’s death, few know much about what the inside of Paisley Park is like. Prince was notoriously private and only his inner circle was granted access into the inner sanctum. But he would host events in the facility’s public areas.

Prince’s “Foo Foo Room” which contained his awards and the vault which had his original master recordings circa 1990.Kevin Mazur — Getty Images

While his last formal concert was in Atlanta, he hosted a concert at the facility the Saturday before his death, where he showed off a new Yamaha piano and a purple guitar to guests. Last October, after the Minnesota Lynx women’s basketball team won the world championship, he threw a party for the team. He even reportedly threw pajama parties – complete with a pancake breakfast.

“It looks almost exactly like you’d imagine a huge recording complex owned by Prince would look. There is a lot of purple,” The Guardian newspaper reported. “The symbol that represented Prince’s name for most of the 90s is everywhere: hanging from the ceiling, painted on speakers and the studio’s mixing desks, illuminating one room in the form of a neon sign.”

Director Kevin Smith, who shot a documentary (that was never released) for Prince at Paisley Park, did spend some time at the compound years ago. In a Q&A with fans, he discussed the time there, noting that every room in the facility was wired for sound, allowing Prince to record anywhere he liked. (You can watch the Q&A here.)

From the outside, Paisley Park is no Graceland. At the center of the compound is a nondescript white aluminum mansion with few windows that more closely resembles a warehouse. There are other buildings on the grounds – like the oval multi-story structure behind main building – whose purpose is unknown by the public.

The stage where Prince used to rehearse for his tours inside Paisley Park circa 1990 at Paisley Park in Chanhassen, Minnesota.Kevin Mazur — Getty Images

Prince reportedly worked on the compound’s first floor, which housed recording studios, a sound stage, and a sizable rehearsal hall. Like a Las Vegas casino, the performance areas have no windows so he could lose track of time and not be distracted. His private residence and offices were located on the upper levels.

The main building is also said to contain a private nightclub that can accommodate up to 1,000 guests and something called the Galaxy Room, said to be intended for meditation. (It reportedly is illuminated entirely by ultraviolet lights and has paintings of planets on the walls.)

Prince also had a “basement vault,” where he is said to have kept awards and tapes of unreleased songs. “He wanted a place to keep his master recordings, but at the time it was very important to keep this a secret,” the architect said.

It’s the sort of place you would expect Prince to live, if the reports are accurate – and that could make it a must-see destination for fans.

Keep in mind: It took five years for Graceland to be opened as a museum after Elvis’s death. Today, more than 500,000 people visit the rock legend’s home every year.