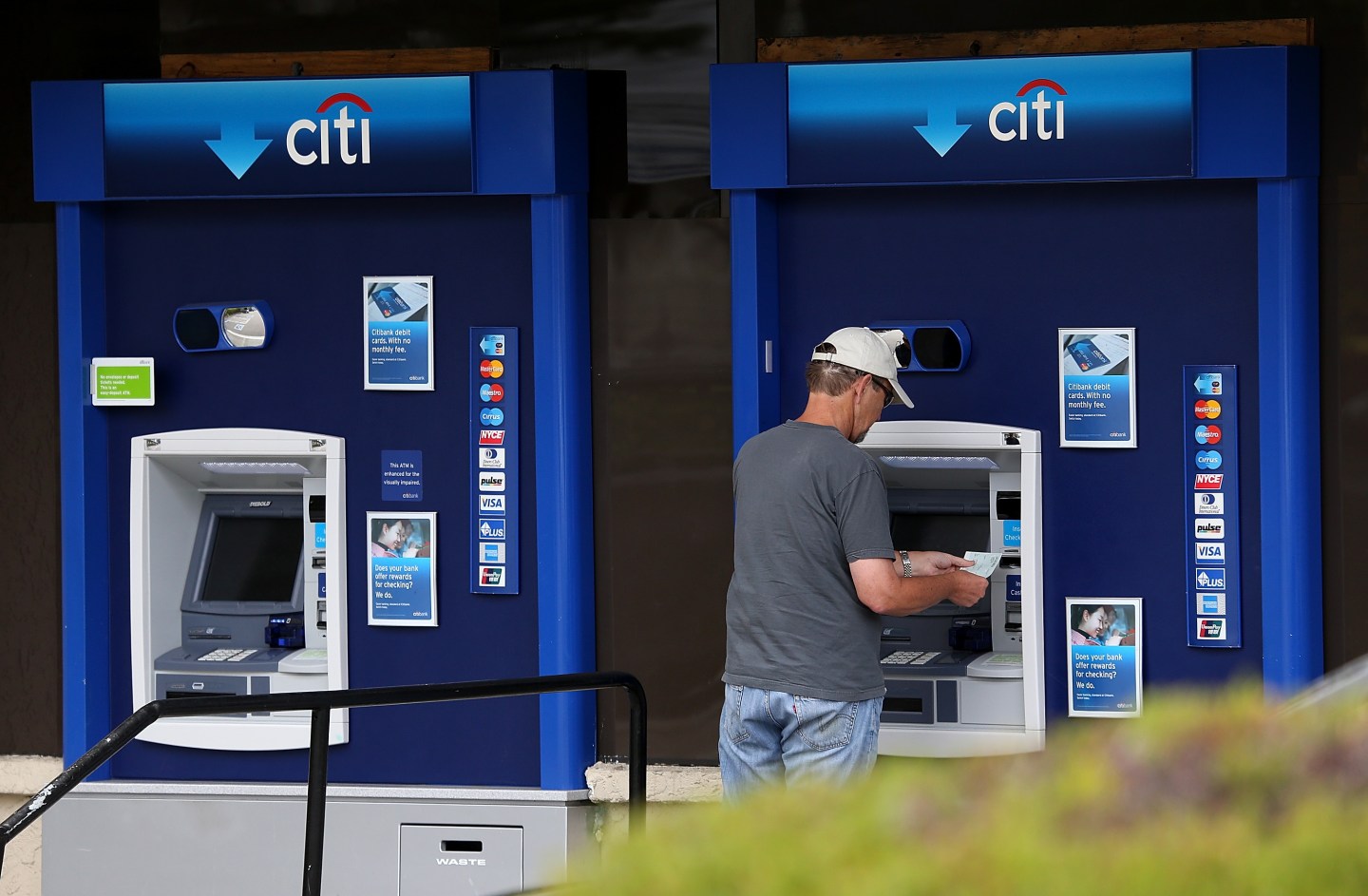 SAN RAFAEL, CA - JULY 16: A customer uses an ATM at a Citibank branch office on July 16, 2012 in San Rafael, California. Citigroup announced a decline in quarterly earnings of 12 percent with net income falling to $2.946 billion, or 95 cents per share, compared to $3.34 billion, or $1.09 one year ago. (Photo by Justin Sullivan/Getty Images)
Photograph by Justin Sullivan — Getty Images

At Citi, Wells Fargo, and Bank of America’s shareholder meetings on Tuesday and Wednesday, we will witness just how much we now depend on investors at the largest banks to protect us from worldwide economic collapse. At the same time, we’ll also likely realize that very few shareholders are actually willing to speak up to safeguard us.

The mega-banks’ shareholder meetings come at a critical moment for the brand of capitalism that has been dominant over the past few decades. As the primary election campaigns have shown, many Americans are actively debating the appropriate role of corporations in society. The big banks’ actions and considerable might are under scrutiny, and for good reason.

Big banks now garner little public support. A poll of over 5,500 registered voters by Morning Consult from November 2015 through mid-April 2016 revealed that only 18% believe “Wall Street helps the country.”

The three banks’ shareholder meetings also come on the heels of Federal Reserve and FDIC findings of “shortcomings” in all three firms’ crisis plans. Regulators even said the plans submitted by Wells Fargo and Bank of America were “not credible.” Despite the efforts of their management and boards, these banks are still unable to assure regulators that they won’t lead the U.S. and the rest of the global financial system into a Great Recession 2.0.

The big banks should want strong, active shareholders, not bobble-heads. A rigorous system of shareholder checks and balances creates an impression that the capitalist system is functioning. But we will see a steady stream of majority votes in favor of upholding the status quo at big bank shareholder meetings this week. Investors will endorse all board members and the pay packages they’ve awarded executives, which include large stock payouts that encourage the kind of risky behavior that led to the Great Recession.

Shareholders will approve the reappointment of the same external auditing firms that failed to provide advance warnings of the growing risks at the banks nine years ago. Citi has used the same firm for the past 47 years; in Bank of America’s case, it’s “over 50 years,” according to a spokesperson; and for Wells Fargo, it’s 85 years. Meanwhile, investors will likely vote against many sensible shareholder proposals, including a study on a bank break-up, moves to appoint independent board chairs, clawbacks and other provisions for compensation, and lobbying and gender pay disclosures.

Some will argue that if the majority of shareholders vote with management, the banks will have a clear signal that they are doing just fine. But society at large, not just shareholders, must be persuaded that big banks serve the people. And right now, much of American society is not convinced.

Corporations are a human invention, a legal construct created by society under the presumption that such organizations benefit people. If they do not provide the kinds of benefits that justify their special legal status (including shields from legal liability for their managers and owners), it’s up to society to channel corporate efforts in a better direction. If that fails, the people can take bolder steps, including rescinding the special legal protections they have provided to corporations.

In return for the legal protections shareholders enjoy (from personal liability for the corporation’s actions), they also have a responsibility that goes beyond seeking investment returns. Each year, they get to formally weigh in on the company’s board (which acts as the corporation’s internal oversight mechanism) and key corporate issues. They act as a line of defense protecting you, me, and and the company itself from economic disaster. If they consistently fail to do their job, the people could decide to make them culpable for corporate misbehavior.

Even if the three big banks and their boards celebrate victories and tout favorable shareholder votes as an endorsement of their performance and decisions, they are up against a sober truth: support from 18% of the voting population does not justify the status quo.