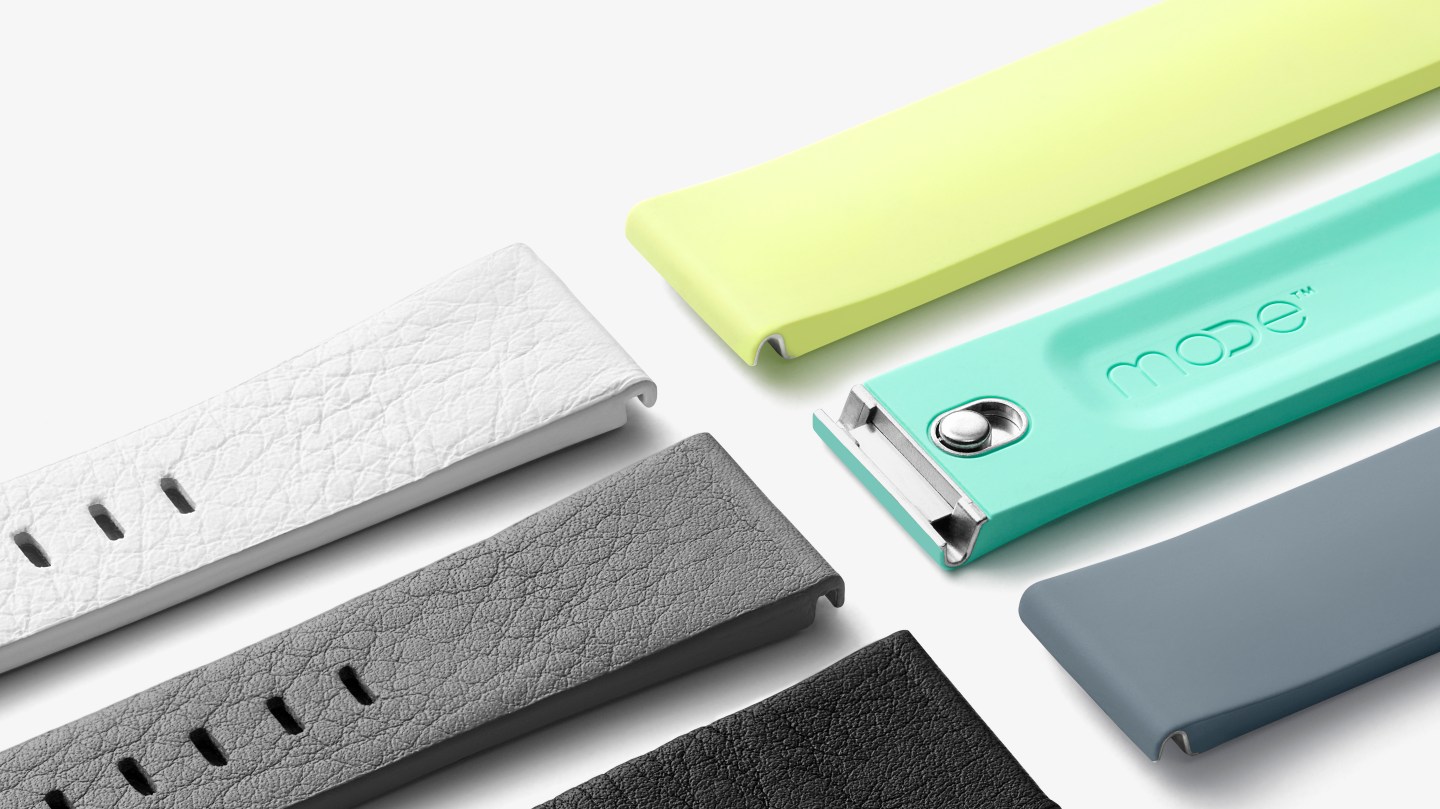 Google is helping owners of Android Wear smartwatches to be more fashionable by making it easier for them to swap watchbands.

The tech giant on Tuesday introduced a new line of watchbands that give Android Wear owners more flexibility in choosing which band to wear, depending on the occasion. Watch owners can change their band before going to the gym, for example, and then again before going out to dinner—all without needing jeweler’s tools to make the switch.

The new bands, called Mode, have a small switch on their underside. By sliding the switch away from the watch body, the band releases a pin and is easily removed. Installing a band follows the same steps, but in reverse.

I’ve been wearing the Huawei Android Wear watch with a Mode band for a few days, switching between a black leather band and a blue silicone band that required only minimal effort. At first, I was a bit hesitant about how sturdy the sliding mechanism would be.

I feared it would be easy for the switch to inadvertently move during normal wear, causing the band to disconnect from the watch at some inopportune moment. I can now admit, my fears were unfounded because I had no problems over several days.

For more on Android Wear watch our video.

Google’s attempt to standardize watchbands across its Android Wear lineup is a welcome approach. The current process of switching bands varies depending on the make and model of the watch, and only gets more complicated if you buy a third-party band.

Previously, I had replaced the metal band that came with the Huawei (HUAWEI) watch with a more comfortable leather band. Huawei’s standard metal band features its own mechanism to quickly remove the band.

However, placing an inexpensive third-party band that uses the popular spring pins on the watch was an exercise in frustration. Ultimately, I spent nearly 20 minutes fighting with a tiny screwdriver and pins before I was able to complete the band swap.

Switching bands on competing products such as the Apple Watch is a simple affair that require merely pushing a button and sliding the band out. Customizing the look and feel of a watch is surprisingly addictive. As someone who had always settled for the standard band that came with each watch, I now own four different bands for the Apple Watch and switch them out regularly. Not to mention, the more investment you put into a product line that you use regularly, the less likely we are to switch to a rival product.

The most important part about today’s premiere is that Google’s new bands are compatible with all Android Wear watches, and for that matter, any traditional watch that uses a pin to attach the band.

That means that users still clutching on to the original Moto 360 smartwatch or sporting a more recent Huawei smartwatch can buy a Mode band and use it.

The new bands are available starting today through the Google Store. Leather bands are $59, with the silicone version priced at $49. Included with each band are the necessary pins and a tool for affixing the band to a traditional watch.

Google is making the quick release mechanism available for free to accessory makers and Android Wear manufactures to build into future products. Third-party integration must pass reliability testing and get the Mode mechanism from a Google approved vendor.