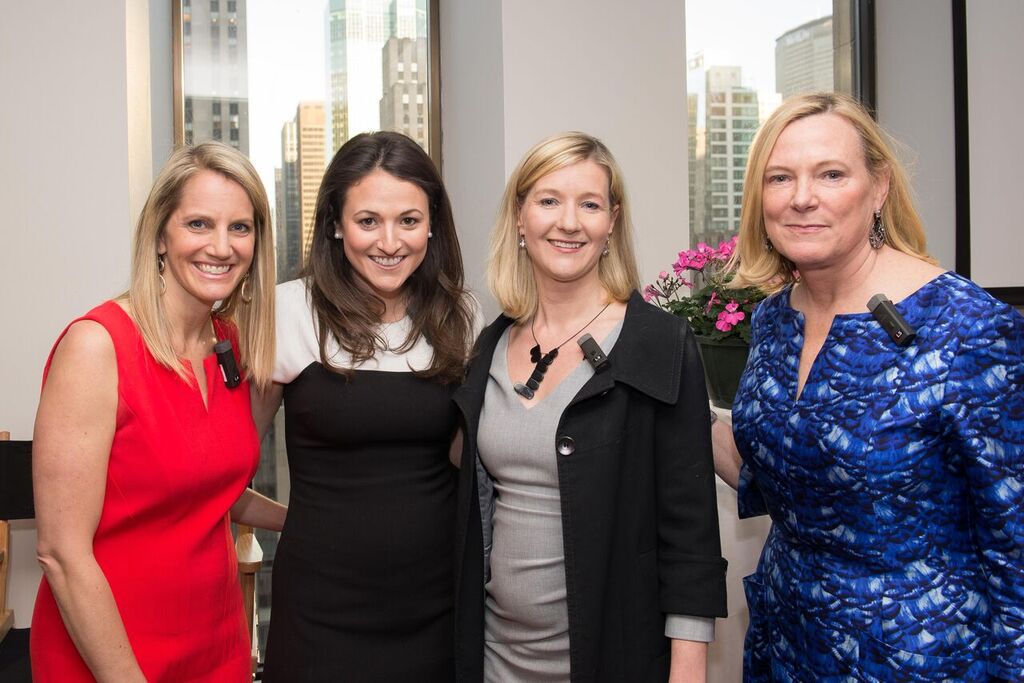 Talk about a disconnect: While women have more money to invest than ever before, female entrepreneurs often struggle to raise capital. Now, two investing vets think they’ve found a way to bring those two groups together—to the benefit of both.

Plum Alley Investments, which made its first investment in January, is not a venture capital fund or a traditional angel group. It’s a mash-up membership model, created by Deborah Jackson and Andrea Turner Moffitt, through which women—and a few men—come together to invest in women-led companies. For an $1,000 annual fee, members, who must be accredited investors, have the option of investing in a couple of companies each quarter.

Here’s what’s unique about Plum Alley: While most angels focus on very early stage funding, Plum Alley joins lead investors in Series A rounds or beyond—opportunities most individual investors don’t typically get. And though members do have the opportunity to gather in person and online to meet founders and ask questions, they don’t need to search for great companies or dig into business models on their own. Members invest as a syndicate, with each choosing the amount she wants to contribute.

For female founders, Plum Alley means access to more capital, as well as a way to bring on women investors.

“We are not just adding to the pipeline, but changing how women are investing in each other and supporting each other,” says Turner Moffitt. “We are trying to create a shift and build an inclusive ecosystem.”

Launched late last year, Plum Alley made its first investment in Unitive, an analytics company tackling unconscious bias in hiring. Twenty-one members invested in amounts ranging from $5,ooo to $50,ooo adding $430,000 to a $7.5 million Series A round led by Ignition Partners. A second investment is expected to close soon.

Plum Alley’s model is a reflection of the founders’ combined expertise. Jackson has been in the trenches supporting women’s entrepreneurship for decades, co-founding one of the first accelerators for women, Women In Mobile, and launching Plum Alley in 2012 as a crowdfunding and advice platform for women-led businesses.

Turner Moffitt partnered with the Center for Talent Innovation to write Harness the Power of the Purse: Winning Women Investors. “While researching the book I really understood not just that we are leaving a significant amount of the $11.2 trillion women control on the sidelines when women are not investing, but how much women really want to shape the world and influence innovation,” she says. “But most change is coming out of the private sector and women have not been directing where that capital has been going.”

Laura Mather, Unitive’s founder and CEO, says she connected with Plum Alley near the end of her round because she wanted more women investors. The syndicate, which came together in six weeks, was an appealing approach because she could bring in smaller investors without having to manage a lot of people directly. Beyond the capital, Mather says she’s benefited from two things she calls “rare”—energy and great leads.

“Being an entrepreneur means being on a roller coaster, and they are so jazzed about what I am doing that it energizes me, too,” says Mather, who previously raised $24 million for her first company, Silver Tail Systems. “Deborah and Andrea are so well connected, and I’ve gotten many great leads from their network, and in a sense they are pre-qualified because they introduce me to people who share my company’s mission. It is a dynamic I haven’t experienced before.”

Among the members that are helping introduce Unitive to potential customers is Mary Byron, a former partner and CTO of Goldman Sachs, who says she appreciates Plum Alley’s community. “If you are doing private investing, you have to do a lot of research on your own or go through a fund and don’t have direct access to the company,” says Byron. “I like getting to know the entrepreneur and the other investors, and you learn from other members’ questions as well.”

Plum Alley’s approach is intended to lower some of the barriers that keep women on the startup-investing sidelines. Investing as a community can help women who haven’t invested in startups before feel more secure, says Mather. “Investing in startups is risky and there is research showing that women are less likely to take risks with money, but Plum Alley has created a way for women to lean on each other and share their expertise,” she notes. Plus, Mather says that men have traditionally been more likely to have the kind of networks that bring them information about startup opportunities, and Plum Alley’s sourcing and networking addresses that.

Jacki Zehner, CEO of Women Moving Millions and an early member, puts it this way: “A woman who is comfortable writing a check for $25,000 to a non-profit often finds writing a check to an entrepreneur seems a lot different,” she says. “I think this is a wonderful model as the idea of due diligence on your own is a real barrier for many women, and women who want to support other women also want to do so in community with other women.”

The group—now a few hundred strong—has grown through word-of-mouth and a series of salon-like events on both coasts. Turner Moffitt says they are committed to building a membership that is motivated to invest and is diverse in age, race, industry, and experience (the group does welcome male investors and already has a few on board). Katie Shea, co-founder of SlateNYC, says she joined because she wanted to learn more about alternative investments, but leaves every event feeling inspired. “I’m turning 30 next year and being able to learn from women of all ages and who have incredible accomplishments in business, and in life, and are doing all they can to support other women is amazing,” says Shea. “The caliber of these women has blown me away.”

Plum Alley’s first investments have been equity, but they are also looking at opportunities where debt or a hybrid debt and equity structure makes sense. Companies are vetted by Plum Alley’s 1o-person team, as well as by members with relevant expertise. “Our first question is, do these companies have a real purpose in the world?” says Turner Moffitt. “Our members want those companies that have an innovative or disruptive aspect, and there is also a huge thirst for companies with a social impact element to them.”

At an evening event on April 20th in New York, members mingled and listened to the founders of two companies, Trustify and Kontor, pitch and respond to questions. “They are the missing piece to what I am trying to build,” says Jennifer Mellon, co-founder and CRO of Trustify, a platform connecting people and businesses to private investigators. “As women we can talk about leaning in and write articles about gender diversity but they are putting money and a community behind it.”