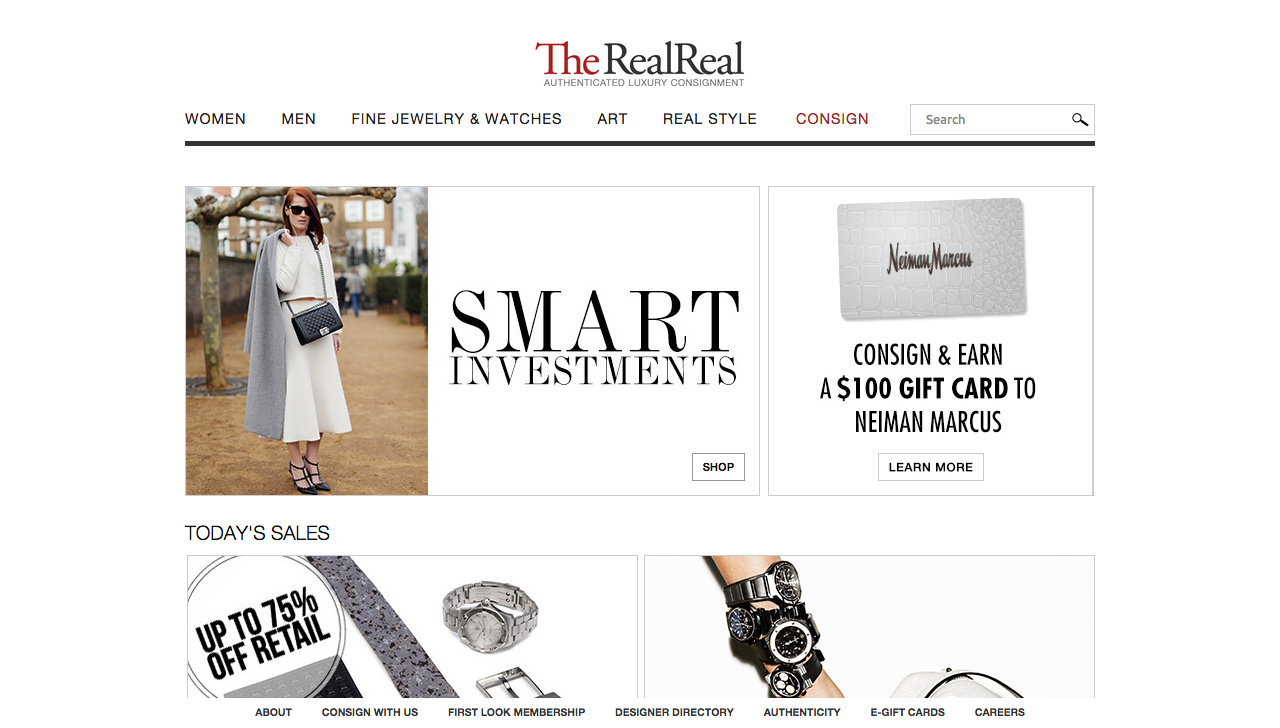 Unlike Poshmark and eBay, The RealReal actually takes possession of clothes, bags and jewelry from sellers in order to authenticate it, and will even pick up inventory from seller’s homes for a fee. For its services, The RealReal takes a 40% cut. (Once a seller hits $10,000 in sales, the cut drops to 30%.)

Since its founding in 2011, TheRealReal has signed up 4.5 million users and sold over 2 million items. The company’s founder and CEO, Julie Wainwright, told Fortune that the site sold $200 million worth of goods in 2015, which is double the amount in 2014. She said that TheRealReal is on track to exceed $1 billion in annual revenue in the next three years. The company is not yet profitable.

Some of the new funding will be used to expand the company’s recent jewelry “valuation” centers in New York and Los Angeles where potential sellers can bring their rings and watches to get estimates about what they’re worth free of charge.

“Consolidation is a good thing, and I expect it to continue to happen,” said Wainwright. “The strong ones will get stronger.”