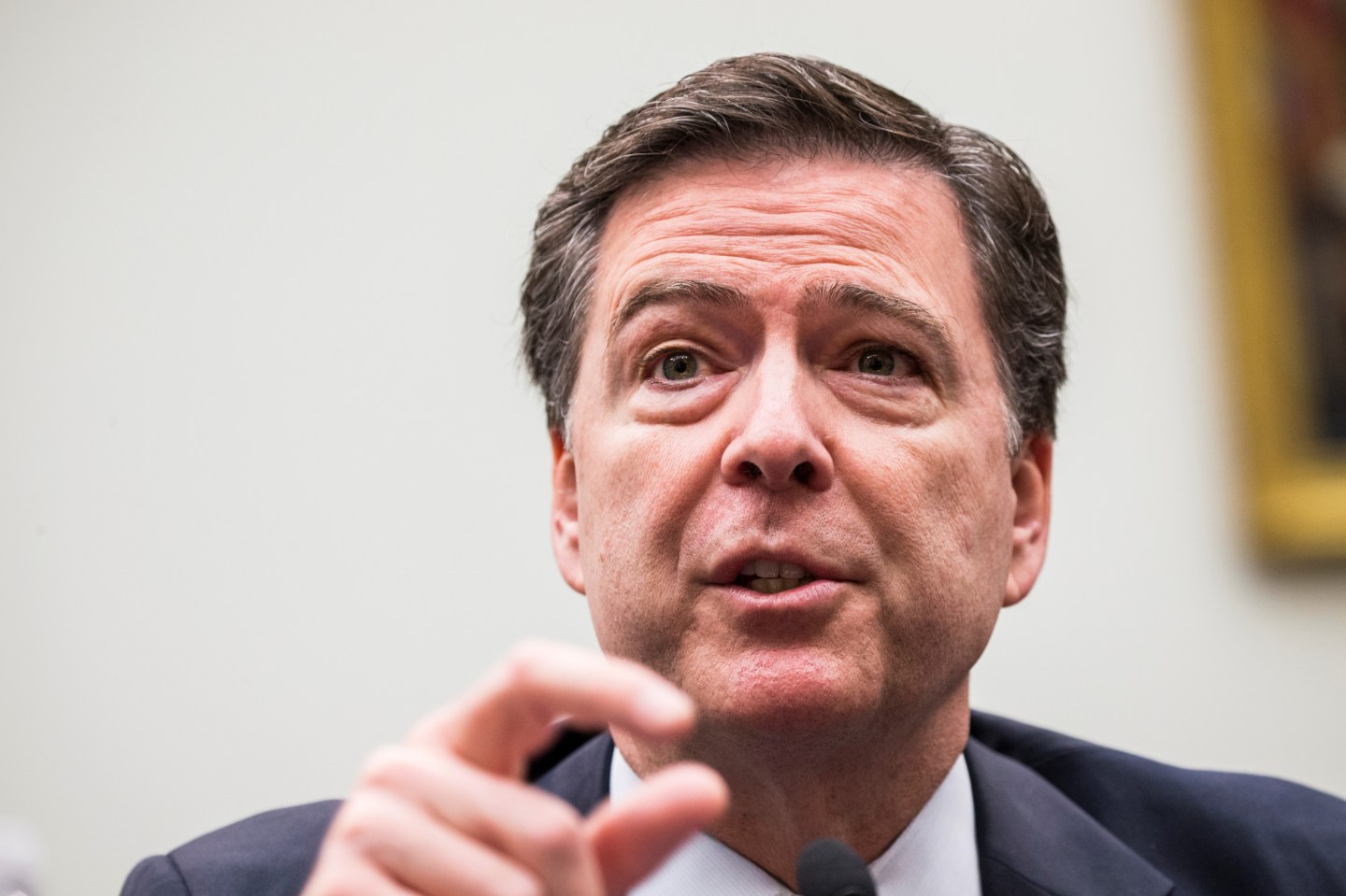 Speaking at the Aspen Security Forum in London on Thursday, Comey said that his agency paid “a lot” for a tool that helped the FBI crack Farook’s iPhone 5c. While he didn’t specify how much was paid, Comey said that it was more than the amount of money he’ll make over the next seven years and four months he has in his job, according to Reuters.

According to data Reuters obtained from the FBI and the U.S. Office of Management and Budget, Comey has been making $183,300 since January 2015. Assuming he doesn’t get a raise over the next seven years and four months, he’d make $1.34 million, Reuters says. Comey’s comments, therefore, suggest that the FBI paid more than that for the tool.

Security professionals and interested spectators have speculated over who might have helped the FBI crack Farook’s iPhone. While neither Comey nor the FBI have said who the unidentified third party was, recent reports suggest it was a group of hackers who were aware of a flaw in the device and found a way to take advantage of it to unlock the device.

Over the last several weeks, the FBI, which had sued Apple (AAPL) to compel the tech giant to open the handset before the third party came forward with a solution, has been digging into Farook’s phone. Last week, a report surfaced, saying that the iPhone 5c investigation had, at that point, yielded no results, calling into question how valuable the hack actually was.

On Wednesday, however, CNN cited law enforcement officials who said that they had since found useful information on the iPhone. The officials noted that they could now confirm Farook did not make contact with another “plotter” during the 18-minute period in which he drove around after the tragic attack. The FBI was also able to comb through his contacts for leads and confirmed that he was not in contact with ISIS members before the attack.

For more about Apple’s battle with the FBI, watch:

In his comments on Thursday, Comey said that he believed the sum his agency paid was “worth it,” according to Reuters, despite him previously saying during a talk at Ohio’s Kenyon College that the tool only works on a small number of devices.

“This doesn’t work on [an iPhone] 6s, doesn’t work in a 5s, and so we have a tool that works on a narrow slice of phones,” Comey said during a question-and-answer session with the university’s students and professors.

The FBI declined to comment on the amount it paid for the iPhone.