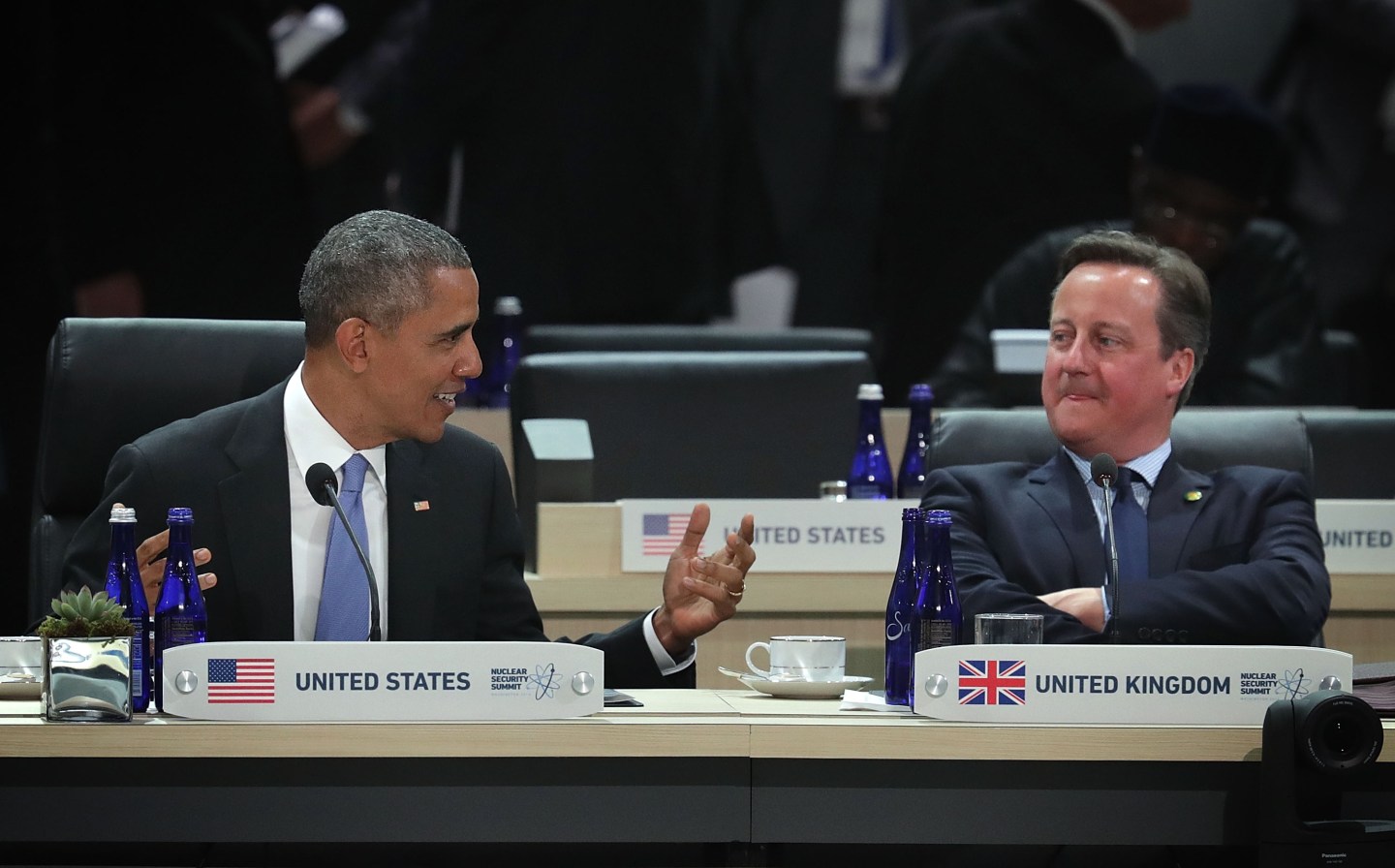 Eight former U.S. Treasury secretaries have signed a letter urging Britain to stay in the European Union or risk opening a “Pandora’s box” of problems for the world’s economy.

In an open letter published in The Times Wednesday, former Treasury leaders who served as far back as the Nixon administration wrote that staying in the E.U. is the U.K.’s “best hope in our view for securing Britain’s future, creating a more prosperous Europe and protecting a healthy and resilient global economy.”

But the potential Brexit won’t simply lead to economic and political turmoil from the rise of “populist E.U. movements,” the U.K. would also risk damaging its “special relationship” with the U.S. In years past, Britain has been seen as a strong ally. While the U.S. was across the ocean, the U.K. helped rescue the banking industry in Europe and went head-to-head with Russia. But the U.K. is likely to be of lower strength following a Brexit, and lose its “pre-eminence” as a financial center.

And that could also weaken the U.S.

If the U.K. were to leave the E.U. however, the country is facing a future full of potholes, the Treasury secretaries wrote.

“Over time, Britain would no doubt be able to reestablish ties through new trade agreements,” the wrote. “But as our own experience in the United States with trade negotiations shows, it is a difficult environment to negotiate and approve agreements and the risk of accidents is real.”

The note comes just two days before President Barack Obama is expected to make his official visit to the U.K, and warn Britons against leaving the E.U. The referendum to decide whether to stay or leave the E.U. will take place on June 23.