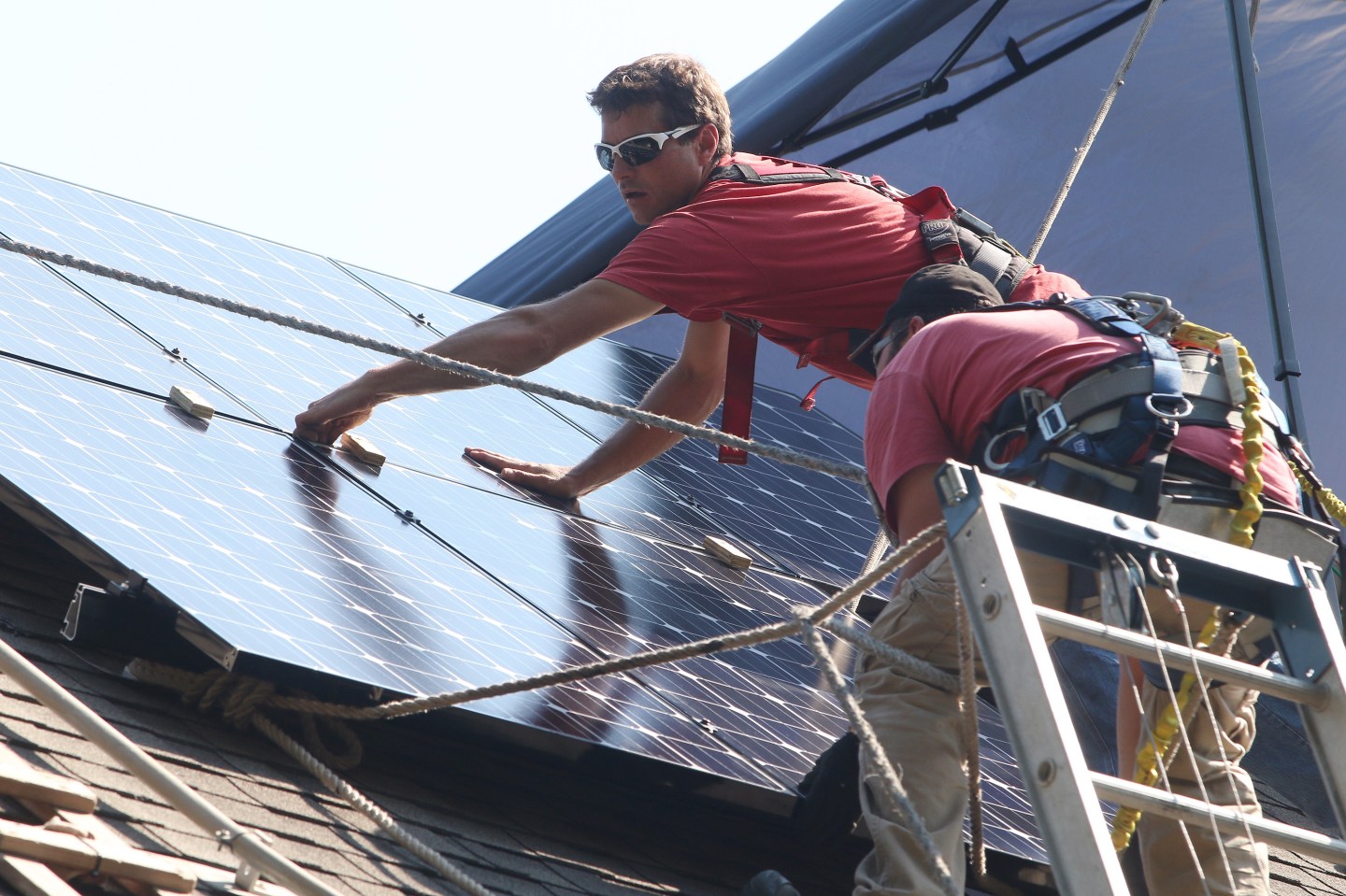 The world’s biggest oil companies are slashing jobs to cope with decreasing revenues, and one knock-on effect has been the drop in oil job postings.

Conversely, however, if the current pace of postings hold, solar would become the largest market for energy jobs by the fourth quarter of 2016, according to numbers tabulated by Indeed, the world’s highest traffic job site.

According to data provided to Fortune, job postings for the solar industry currently make up 39% of global energy-related work on Indeed, whereas oil jobs account for 50%. (Indeed declined to release the actual job posting figures.)

But that relationship is changing—over the past two years, oil job postings are declining by around 12.6% every quarter, while solar jobs are dropping at an average of 1.7% per quarter.

At this rate, solar will overtake oil for job postings by the end of the year:

“The decline in oil prices has not just rocked that industry, but jobs linked to both fossil fuels and renewable energy,” said Tara Sinclair, chief economist at Indeed. “Whether or not solar overtakes oil on Indeed, energy workers would do well to position themselves for work in renewable fields such as solar, wind, and hydroelectricity.”

This corresponds with a recent report by The Solar Foundation that highlighted the rapid growth of the U.S. clean energy sector. By the end of this year, the solar sector should have 240,000 workers under its wings, and currently employs around 77% more workers than the coal mining industry.