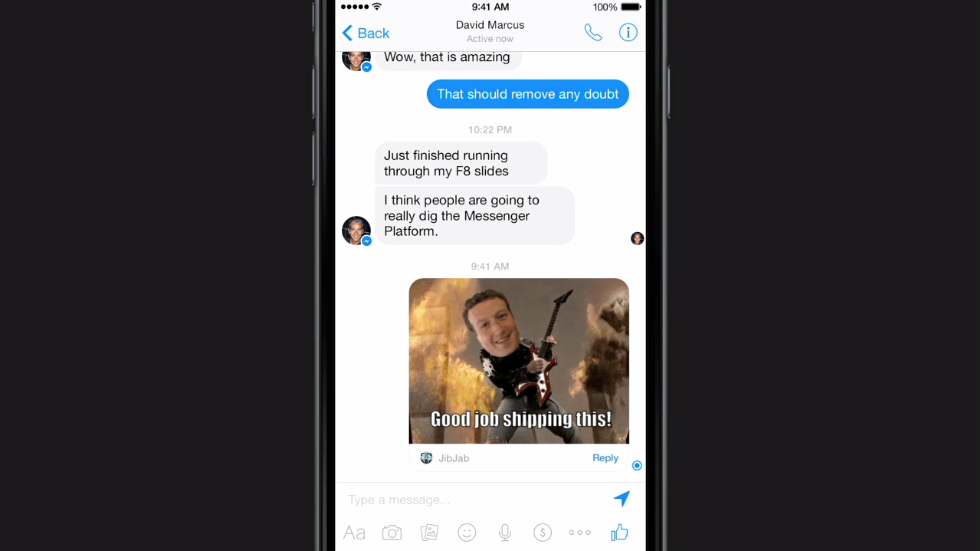 If you’ve ever wanted to turn your Messenger group chat into a group call, your wish has been granted.

On Wednesday, Facebook (FB) said it started rolling out free group voice calls to users of its Messenger app. The new feature will become available to all iOS and Android users worldwide over the next 24 hours.

“From any group conversations, just tap on the phone icon to initiate a group call. You can then manage individual participants on the next screen,” Messenger’s chief, David Marcus, wrote in a Facebook post about the feature. Group calls are limited to 50 participants, according to Mashable.

Facebook first introduced free voice calls in early 2013 and has been gradually improving the service. Last year, it added free video calls, though the feature is still limited to two participants in one call.