Laying an Egg with Cage-Free Video 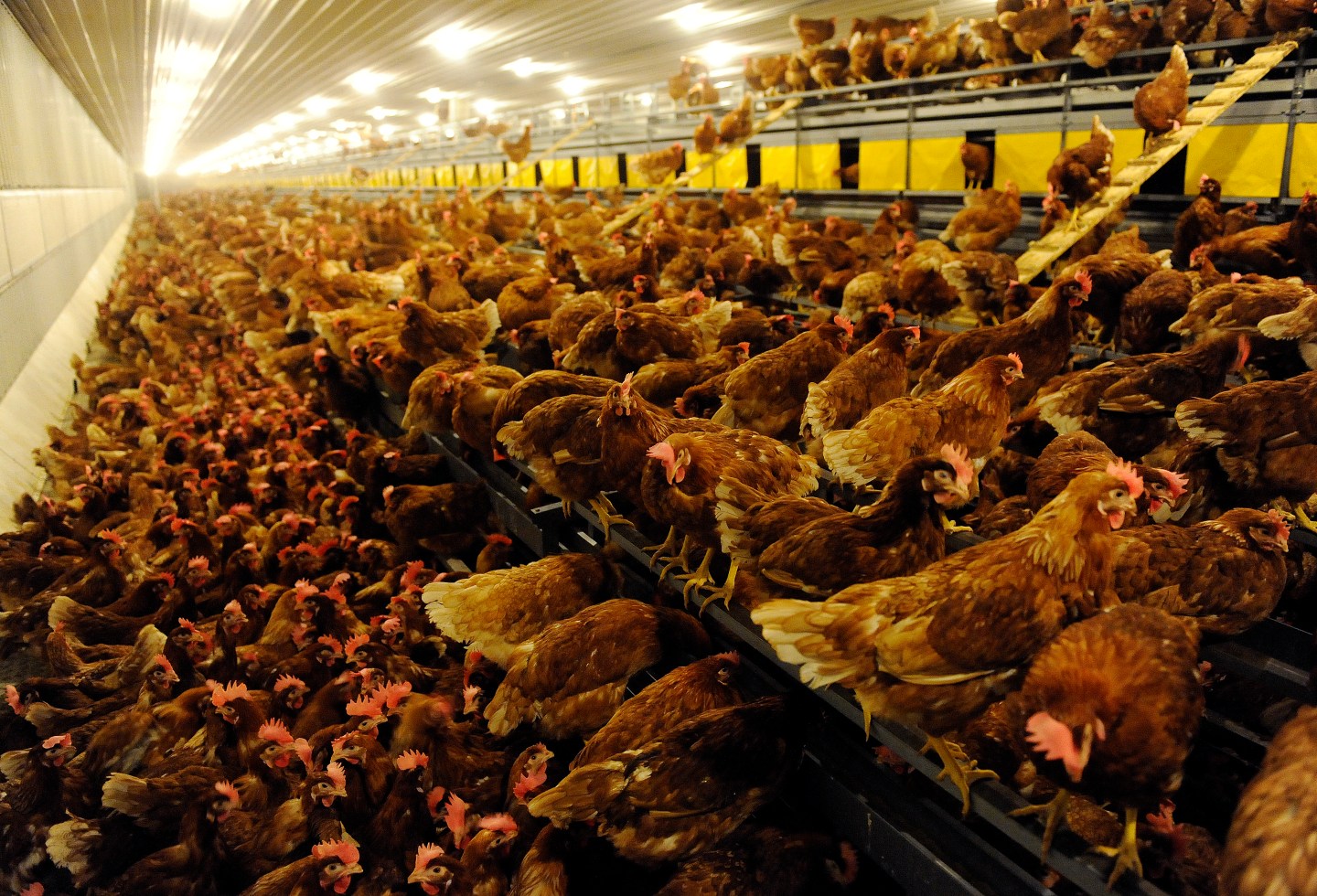 Denny’s is touting its move to cage-free eggs in a funny and whimsical online video.

The only problem is the ad distorts reality, and I don’t just mean the fact that chickens can’t actually talk. The video shows hens outside in an idyllic setting. It looks great—but doesn’t reflect what “cage-free” actually means. Cage-free hens are indeed freed from their tiny prisons, and they’re able to move around within an indoor space. But they are not required to have outdoor access, and only a tiny fraction spend time outside. What Denny’s is instead portraying are pasture-raised hens.

I don’t want to pick just on Denny’s because the company is certainly not the only party guilty of this. A lot of egg cartons show hens running around outside when they’ve never seen the light of day.

But the ad raises an important issue as more and more retailers and restaurants commit to serving or selling eggs only from cage-free chickens. Consumers have been demanding these kinds of changes to the food system, but it’s unclear if they know what they are getting. And in not truly understanding what they’re buying, consumers are opening themselves up to the age-old problem of being misled by food marketers. This has long been an issue with nutritional claims like healthy, but it’s a new frontier when it comes to animal-welfare standards.

Denny’s chief marketing officer John Dillon said in a statement to Fortune that the video, produced for social media, “was intended to be lighthearted and to raise awareness with consumers on this important topic.”

“While the scenes were not intended to be taken literally, we do not believe it in any way indicates we are committing to pasture-raised,” he added. “We very clearly state that our commitment is to cage-free, something that we believe is important to consumers and is the right thing to do.”

I get it. If there is anything that shouldn’t be taken literally, it’s advertising, whose goal of course is to make something look as desirable as possible. Cage-free eggs are a step in the right direction in terms of animal welfare, but seeing the reality of cage-free—hundreds of chickens on top of each other inside a big hen house—is likely not all that appealing to diners.

The ad does clearly state that Denny’s is committing to cage-free, as Dillon says. And that’s the issue. The words and the image do not match up, which exploits the fact that consumers don’t really know what cage-free means. “Consumers have a very rudimentary understanding of many things when it comes to food,” says Darren Seifer of market research firm NPD.

Matt O’Hayer, the founder and CEO of Vital Farms, which specializes in pasture-raised eggs, says that most cage-free facilities “are not what people perceive them to be.” Two years ago he hired a survey firm that found that when 700 respondents were asked to define “cage-free eggs,” the vast majority described the characteristics of pasture-raised: fresh air, open fields, eating insects, and roaming free.

The food industry is notorious for mushy definitions—think of the marketing favorite “natural,” which has no true definition. In the egg industry, “organic” is the only term that’s regulated. But these mushy definitions run counter to why people are asking for changes to the food system to begin with—transparency and authenticity.

So it’s great that restaurants and retailers are answering the consumer’s call. It’ll certainly earn them some bonus points. (“It’s not creating a utopia, but it’s a dramatic improvement,” says Josh Balk, senior director of food policy for the Humane Society of the U.S.) But perhaps they could earn even more by not distorting what their actions truly mean.