An Israeli Brewery Made ‘Biblical Beer’ 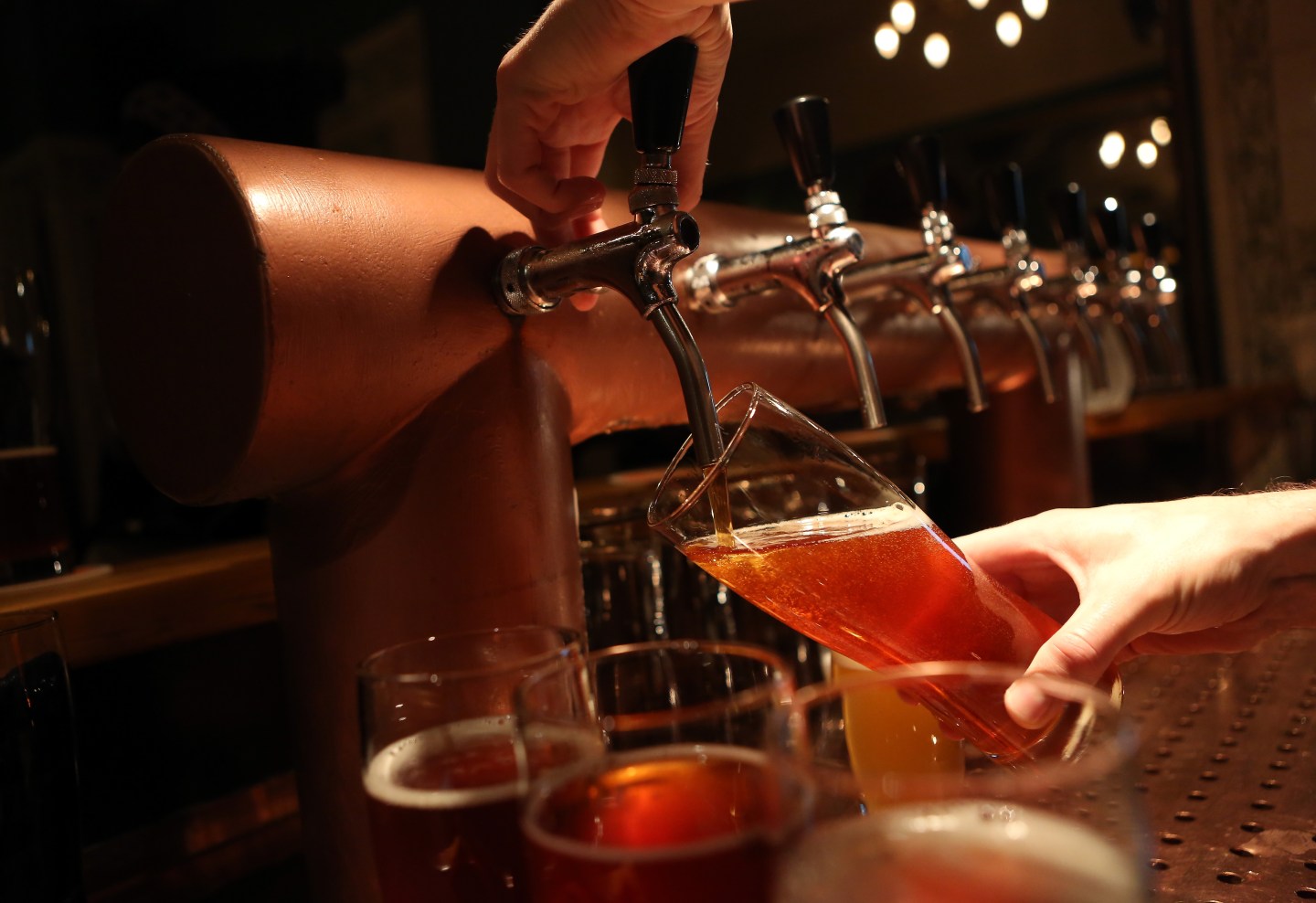 BERLIN, GERMANY - NOVEMBER 12: A bartender at Hops & Barley brewpub pours a pint of beer on November 12, 2013 in Berlin, Germany. In a country known for centuries for its beer, several microbreweries have opened within the past year that are not only bending traditional rules on the types of ingredients used, opting for American-style hops such as Amarillo and Cascade instead of German ones, but also moving beyond the official legal doctrine, known as the Reinheitsgebot, or 'German Beer Purity Law,' which stated that water, barley and hops were the only ingredients allowed in the production of the beverage. While the law has since been expanded, it continues to be referenced on beer bottles for marketing purposes. (Photo by Adam Berry/Getty Images)
Photograph by Adam Berry—Getty Images

An award-winning brewery in Israel has brewed up a batch of what it is calling “biblical beer.”

Herzl Brewery, which is owned by Itai Gutman and located in Jersualem, is Israel’s smallest brewery. According to the Independent, it used wheat for this experiment that geneticists at Tel Aviv University say is the strain that was used to make beer in that same region about two thousand years ago.

Herzl Brewery made five gallons of the stuff, or 20 liters, using 5 kilograms of grain donated by Tel Aviv University. Hops, yeast, and water also, of course, went into the concoction. What came out of the six-month experiment was described as flat with hints of honey and berries. Gutman and his friends reportedly drank most of the beer, which has an alcohol content of 3%. The Independent wrote that only one bottle remains, and the brewery has no intention to make any more.

“We were curious about being able to come up with the first ‘biblical’ beer,” Gutman told the Independent. However, he added “it’s really not the kind of flavor that has a market,” and the taste likely explains why wine was the drink of choice in biblical times.