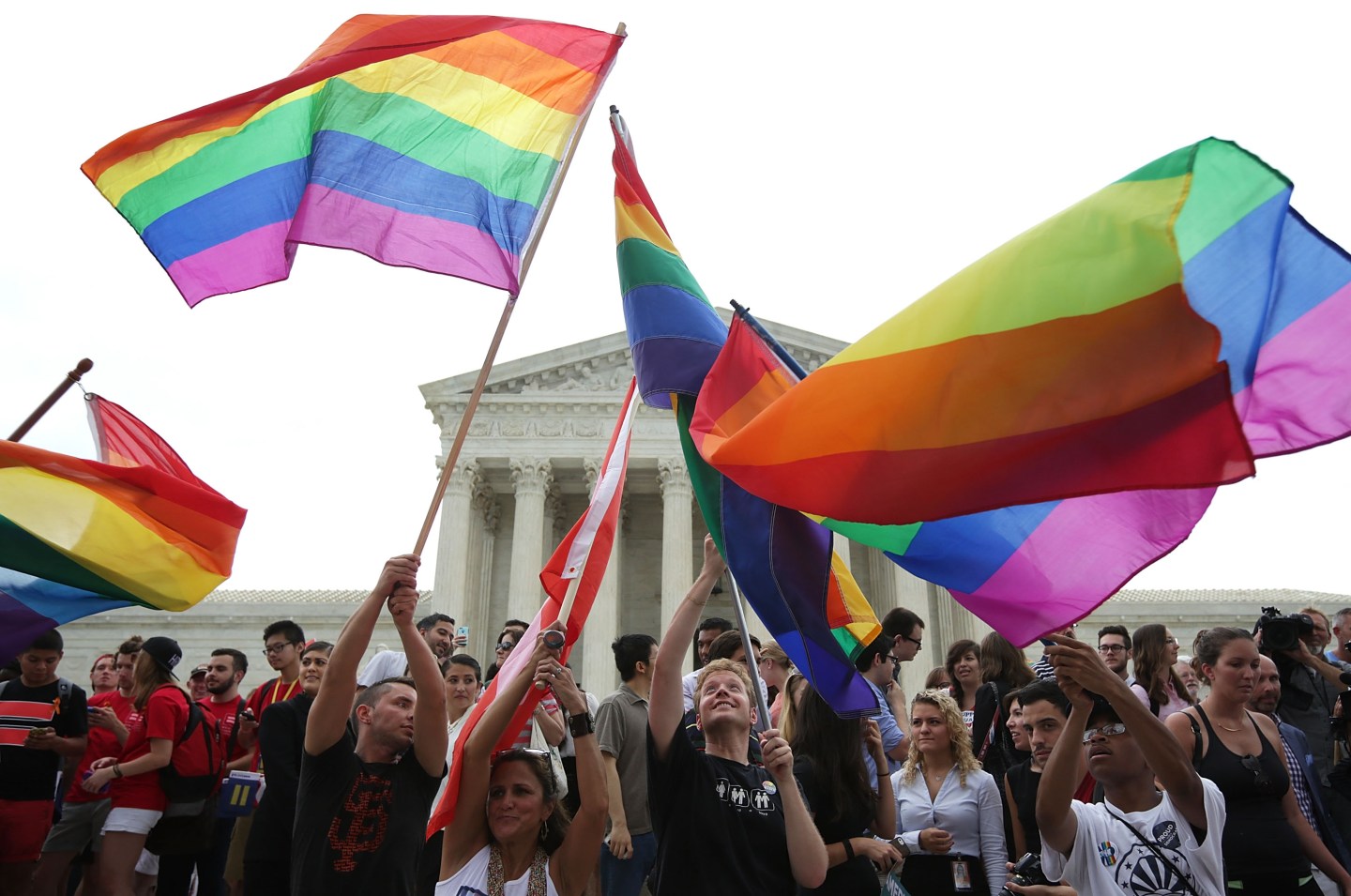 Months ago, when I was invited to North Carolina in April to discuss my latest book at events in High Point and at Barton College in Wilson, I was delighted. In addition to engaging with passionate readers, I would get to visit with my father and my son, a sophomore at Duke. But as the trip approached, I was torn. Many of my friends, writers and artists, advised me to stay away—to boycott the most sweeping anti-LGBT law in the country, HB 2.

HB 2 is a state law that drastically curtails the civil liberties of lesbian, gay, bisexual, and transgender people. It bars transgender people from using bathrooms based on how they identify and makes it illegal for cities and counties to expand protections for LGBT citizens. It also denies all North Carolina workers the option to sue their employers for discrimination based on race, gender or religion, in state courts, and bans local minimum-wage laws. Bruce Springsteen, Deutsche Bank, Whole Foods (WFM), Pepsi (PEP), Hyatt (H), General Electric (GE), PayPal (PYPL), and the Dow Chemical Company (DOW), to name only a few disparate entities, have joined a growing boycott. “Such laws are bad for our employees and bad for business,” declares an open letter signed by corporations like IBM (IBM), Cisco (CSCO), and Microsoft (MSFT).

On April 5, the writer Sherman Alexie cancelled his North Carolina appearances “in honor and support of the LGBT community”—at exactly the moment when I needed to make a decision. I have long been an advocate for the poor and disenfranchised; I’ve taught in prisons and support foster-care organizations. I believe strongly in social justice. Should I boycott? What impact would my staying away have on repealing this law?

The short answer, I decided after much deliberation, is none.

Having spent the past week in North Carolina talking to hundreds of people at my events and at independent bookstores, I feel even more certain that for most authors, direct engagement is a better choice than a boycott. It is an opportunity to speak strongly and forcefully on behalf of those who feel disempowered, and to stand in solidarity with the many citizens of the state who vehemently abhor this law. The people I encountered in North Carolina seemed mortified to be saddled with this national reputation for bigotry. “We’re just frankly embarrassed. It’s so far from how we see ourselves,” as one librarian told me.

For more on this issue, watch this Fortune video:

Independent bookstores are suffering, and LGBT citizens feel marooned and abandoned. “There is nothing the legislature would like more than for authors to stay away from North Carolina,” Tom Campbell, the owner of The Regulator Bookshop in Durham, told me. “Writers are influencers. They can have a very real impact on people’s opinions. Legislators are afraid that authors will come to North Carolina and help rally the troops to do something about this issue.” By staying away, he added, “they send the message that they’re washing their hands of this and don’t want to get involved.”

I began my talks last week with a quote from Junot Diaz: “Artists are not cheerleaders, and we’re not the heads of tourism boards. We expose and discuss what is problematic, what is contradictory, what is hurtful and what is silenced in the culture we’re in.”

I used these words as a springboard to talk about how HB 2 is a direct descendant of hateful and bigoted legislation that I wrote about in my novel, Orphan Train—legislation that denied the basic humanity of entire groups of people, depriving poor immigrants of their rights, keeping African Americans enslaved, and robbing Native Americans of their land. After one event, a student came up and told me quietly that she has been afraid to speak up, but my words gave her courage. In that moment I realized that if one marginalized teenager felt heard, supported, and validated, it was worth the trip.

A boycott can have a tremendous effect if you’re a major entertainment figure like Springsteen or a corporation that has real clout. But choosing to stay away when there’s little, if any, economic impact is, it seems to me, a principled yet misguided protest. Most writers’ appearances affect no one’s bottom line except the very groups who need their help the most: independent bookstores and libraries. And by engaging actively, authors send a message to people in the state who feel disenfranchised that they aren’t alone. “Remember, this is the South,” Tom Campbell says as I leave. “If people who disagreed with racist legislation had stayed away during the Civil Rights era, we might well still have segregation.”

Christina Baker Kline is the author of five novels. Her most recent, Orphan Train, spent more than two years on the New York Times bestseller list.