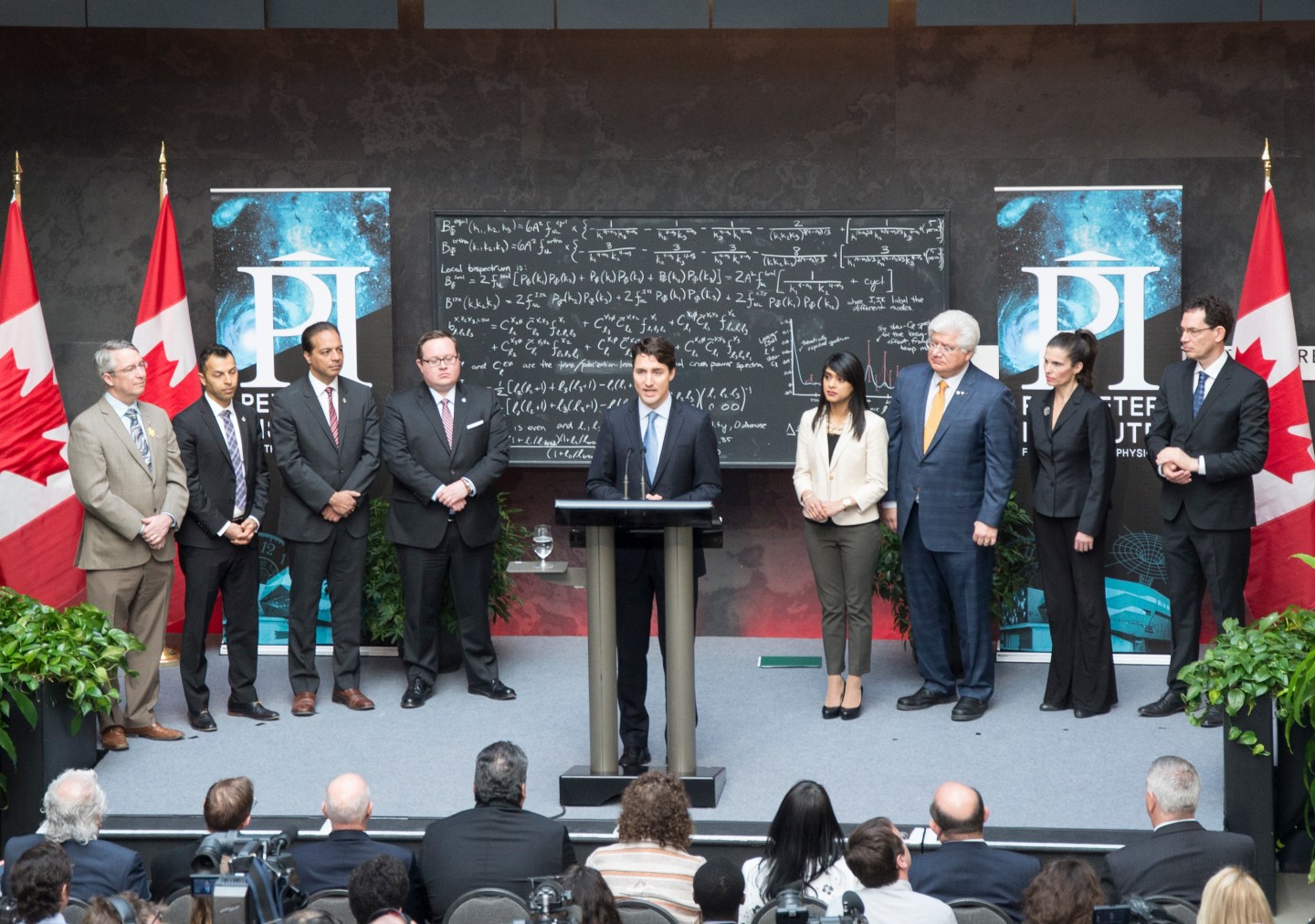 At a press conference on Friday at the Perimeter Institute for Theoretical Physics in Waterloo, Ontario, a journalist jokingly half-asked Canadian Prime Minister Justin Trudeau to explain quantum computing, before moving quickly on to a policy point.

Instead, the young PM offered a quick and clear answer to the first question.

“Very simply…normal computers work, either there’s power going through a wire or not—a one, or a zero. They’re binary systems,” said Trudeau, triggering a wave of surprised applause.

The crowd erupted into whistles and cheers, and over Saturday, the entire internet joined in the adulation. Here’s video of Trudeau’s full answer:

Trudeau’s confidence, clarity, and basic accuracy are certainly admirable. But, as has already been pointed out, the enraptured response may as much as anything reflect our low expectations for politicians’ technological literacy.

The theories of quantum physics, after all, have been around for well over a century, and conclusively established since 1964. And though quantum computing is still exploratory territory, current tech from hard drives to LEDs to lasers already rely on quantum phenomena.

In other words, this is kind of like being impressed by Thomas Jefferson demonstrating a basic understanding of gravity.

For more on science and tech, watch our video.

But quantum physics will be fundamental to the advance of technology over the coming century. We should all follow Justin Trudeau’s lead and at least tackle the basics.

Oh, and before Canadians get too full of themselves—the U.S. President has some fairly solid nerd credentials of his own.