This Is How To Take Control of Your Career 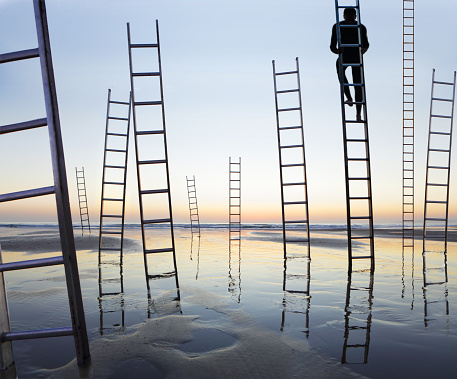 MPW Insider is an online community where the biggest names in business and beyond answer timely career and leadership questions. Today’s answer for: What do you think is the most significant barrier to female leadership? is written by Mary Godwin, VP of operations at Qumulo.

The corporate climate has certainly improved for women over the last 40 years, but are we, as women, really “there” yet in terms of leadership? As we continue to make progress, it’s important for women to make sure they aren’t creating additional barriers to leadership opportunities, especially ones they can control — like behavior. Which is why, perhaps, it makes sense to “act like a man” occasionally, in order to achieve our career goals.

As an example, let’s consider loyalty for a moment. I can’t tell you how many women I have worked with over the years who toil away, year after year for the same company or boss, never getting the increase in responsibility or compensation that they deserve. Conversely, I have never — not even once — seen a man stay in a role or at a company if he is not being provided with the advancement and compensation that he believes he deserves. Loyalty is a gift that should be bestowed only on companies and managers who are as invested in your career as much as you are invested in the success of the company. If not, you are not being loyal, you are being a victim – and it is time to move on, take control of your career, and find a position where your efforts will be rewarded.

Let’s face it: To be a leader, you need to have an ego. Men who are promoted into leadership positions put on the crown and assume their role of authority without any self-doubt. I can’t say that I have ever heard a newly ordained male leader utter the phrase “Gosh, I hope I’m good enough to do this job,” but I hear it from women all the time. This lack of confidence in many women shows. It undermines the boldness required to be a good leader, and it makes women — as well as their managers — question whether they really deserve to be in a leadership role.

I’m no psychologist, but I think this is the kind of self-destructive behavior that ends up being a barrier to advancement for women. You cannot go looking for validation to overcome your fragile ego from your peers or boss. Their expectation is that you are coming into the game ready to play. No one is going to take the time to make sure you feel good about yourself and your decisions. So, “fake it till you make it” and let your experience become your own source of self-confidence.