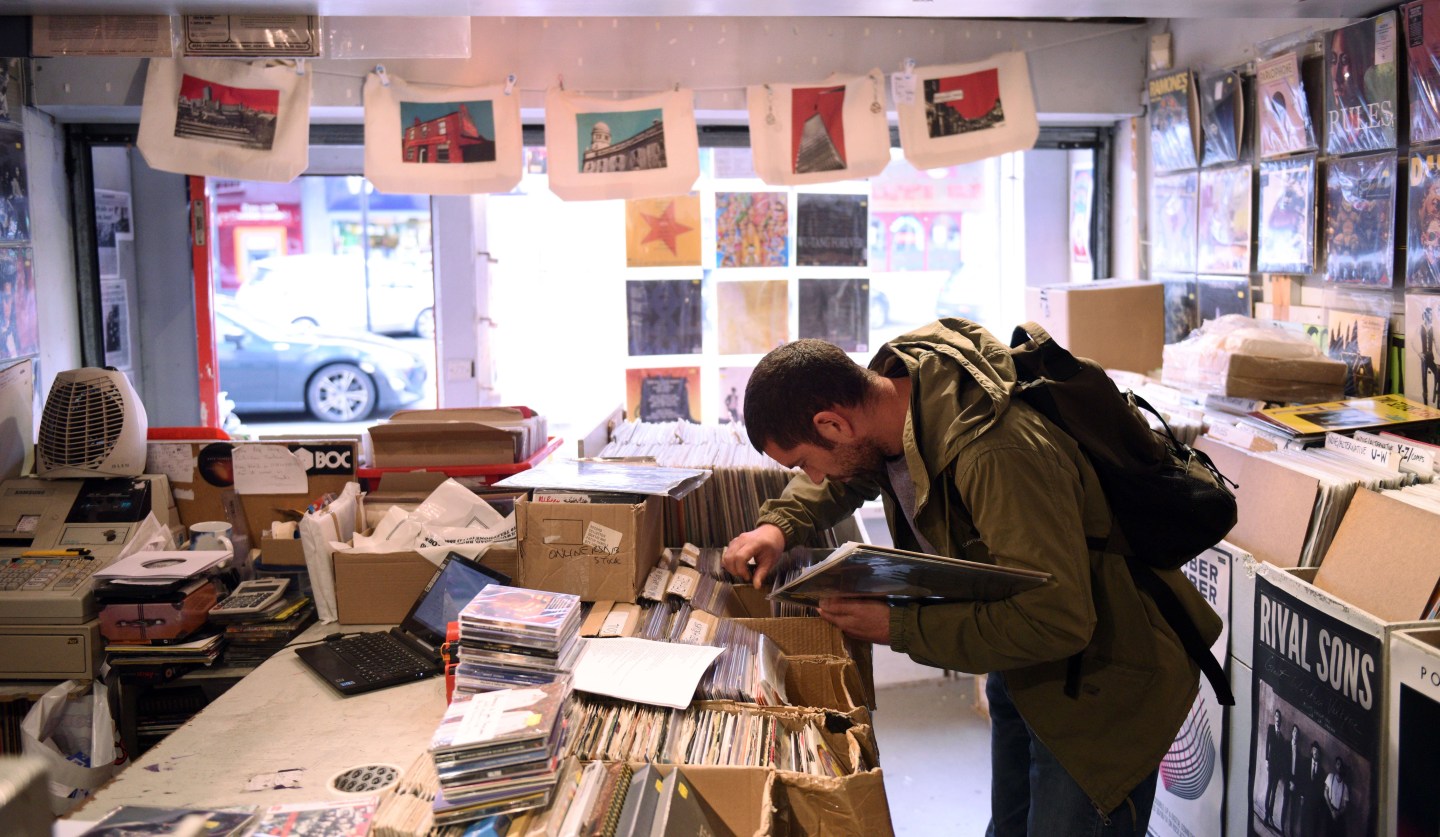 A customer peruses vinyl for sale in the music shop 'Record Collector' ahead of tomorrow's 'Record Store Day' in Sheffield, Northern England on April 17, 2015. Over 200 independent record stores are participating in tomorrow's 'Record Store Day' which began in the UK in 2008 and aims to celebrate music sold independently with special vinyl and CD releases. Music sales in vinyl have seen a major resurgence over the past few years with over 1.3 million records sold in 2014 making the UK the world's third largest market for vinyl records. AFP PHOTO / OLI SCARFF (Photo credit should read OLI SCARFF/AFP/Getty Images)
Oli Scarff — AFP/Getty Images

Thanks to a perfect storm of trendy nostalgia, the desire to stay physical in a digital world, and the fact that they just sound better, vinyl records have avoided extinction to become, in ever-widening circles, de rigueur again.

If you or your parents threw away all your choicest vinyl, a great time to replenish your supply is this Saturday, April 16, when Record Store Day is being celebrated.

Not every town has a record store anymore, and not every record store participates in Record Store Day (here’s a list of participating stores). But if you live where there’s a participating shop, you’ll find a bunch of titles that are exclusive. Limited editions, limited releases, and special regional LPs will be released—everything from an A-Ha and David Bowie special releases to material that’s actually new in 2016.

For more on music, watch this Fortune video:

Besides the ability to buy special edition records, stores are in full-party mode, likely playing something similar to the Monday Morning Tape from High Fidelity, but on a Saturday. In Chicago, for example, some stores are selling 25¢ 45s, taking requests, and doing karaoke all day. Hundreds of record stores are participating worldwide, including an impressive 25 shops in Seattle alone.

The success of vinyl isn’t because of a special day of course. But the day gives the movement a boost, and it provides help—and hopefully, some actual money—to up-and-coming indie bands who don’t benefit from the distribution of major label.