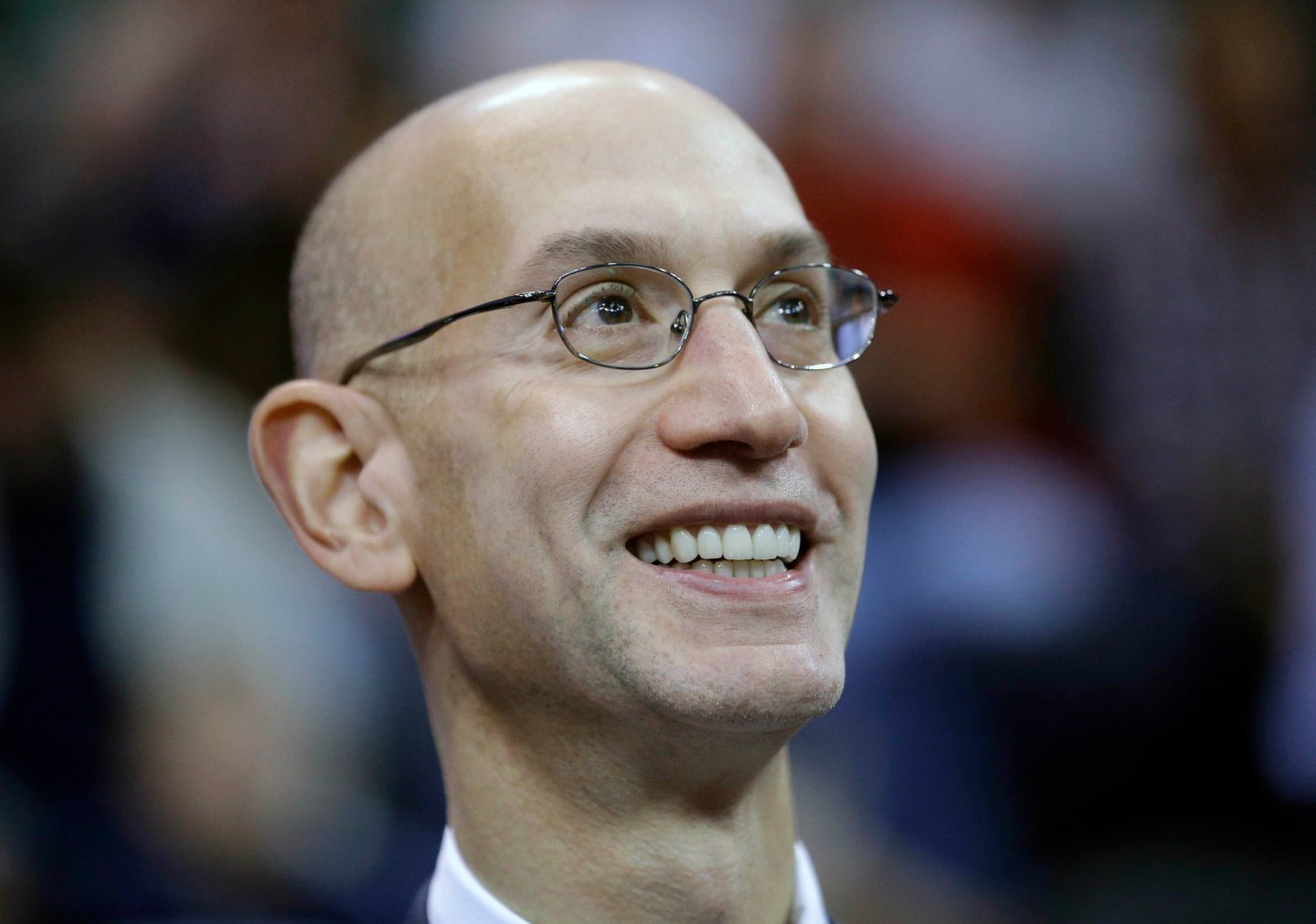 That’s despite the state’s controversial “bathroom” law which is perceived to discriminate against transgender people. And despite growing pressure from celebrities from former NBA superstar Charles Barkley to Bruce Springsteen to titans of corporate America including Apple (AAPL), Salesforce.com (COM), and Bank of America(BAC).

Barkley has said very publicly that he opposes discrimination of any kind, as have these businesses. Critics say the law discriminates against LGBT people, especially transgender people. The ACLU has sued the state over the law and the state’s attorney general has vowed not to defend it in court.

See also: IBM to North Carolina: Cut It Out

“The law as it now stands in North Carolina is problematic for the league,” Silver acknowledged to reporters Friday afternoon, according to ABC News and other outlets. “There was no discussion of moving the All-Star game. The view in the room was we should be working toward change in North Carolina.”

Given all the hoopla, the NBA subsequently issued a statement that sought to clarify/walk back Silver’s remarks and open up some wiggle room. Per the statement from league executive vice president Mike Bass:

At no time did Adam affirm that the league would not move the All-Star Game; rather he stressed repeatedly that the legislation is problematic, that we feel it is best to engage with the community to work towards a solution, that change is needed and we are hopeful that it will occur.

The law, called HB2, was passed by state legislators and Gov. Pat McCrory signed it after an unusual 12-hour session a few weeks ago.

The legislation was meant to counter an ordinance passed earlier by Charlotte that would have enabled people to use whatever public facilities they felt comfortable using. The North Carolina law says people in public buildings must use the bathroom or locker room that matches the sex listed on their birth certificates.