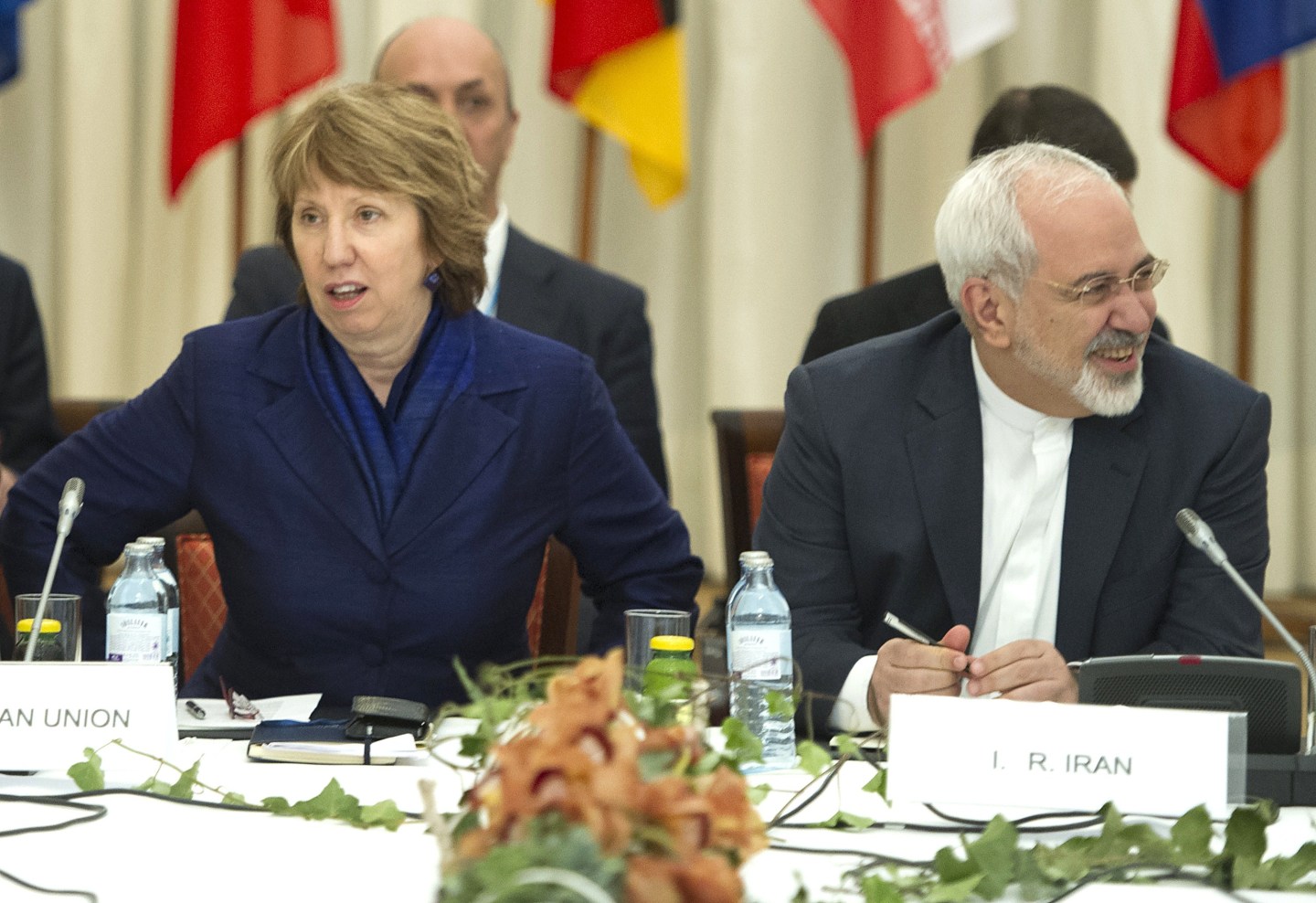 Iranian Foreign Minister Mohammad Javad Zarif (R) and European Union High Representative Catherine Ashton attend a meeting in Vienna on November 24, 2014. At stake in the Austrian capital Vienna is a historic deal in which Iran would curb its nuclear activities in exchange for broad relief from years of heavy international economic sanctions. It could end a 12-year standoff with the West that has even raised the threat of Israeli military strikes against Iranian nuclear facilities. AFP PHOTO /POOL/ JOE KLAMAR (Photo credit should read JOE KLAMAR/AFP/Getty Images)
Photograph by Joe Klamar — AFP/Getty Images

(Reuters) – Iran’s main goal in its nuclear talks with world powers was to secure access to the global financial system, and the United States must now do more to remove obstacles to the banking sector, Foreign Minister Mohammad Javad Zarif said on Saturday.

In January, world powers led by the United States and the European Union lifted most sanctions on Iran in return for curbs on its nuclear programme.

But some U.S. sanctions remain, and U.S. banks remain prohibited from doing business with Iran directly or indirectly because Washington still accuses Tehran of “supporting terrorism”.

That has deterred European institutions, which fear they could face U.S. legal problems if they re-establish banking links.

Zarif used the visit of EU foreign policy chief Federica Mogherini, the first by a high-level EU delegation since the deal came into force in January, to make his point.

For more on Iran, watch:

“Iran and the EU will put pressure on the United States to facilitate the cooperation of non-American banks with Iran,” Zarif said at a news conference in Tehran with Mogherini who said in a tweet that she was leading a team of seven EU commissioners.

“It’s essential that the other side, especially the United States, fulfil its commitments not on paper but in practice and removes the obstacles especially in banking sector,” he said.

Zarif and Mogherini said in a joint statement after the news conference that the EU and Iran were agreed on the expansion of economic relations, and “encouraging banking cooperation.”

The White House said on Friday that an agreement with Iran does not include giving it access to the global financial system.

Lew told Seif that the United States would keep meeting “its sanctions-related commitments in good faith” as long as Iran continues to uphold its end of the bargain.