VW Sales Still Tumbling on Emissions Scandal—Though Not as Fast 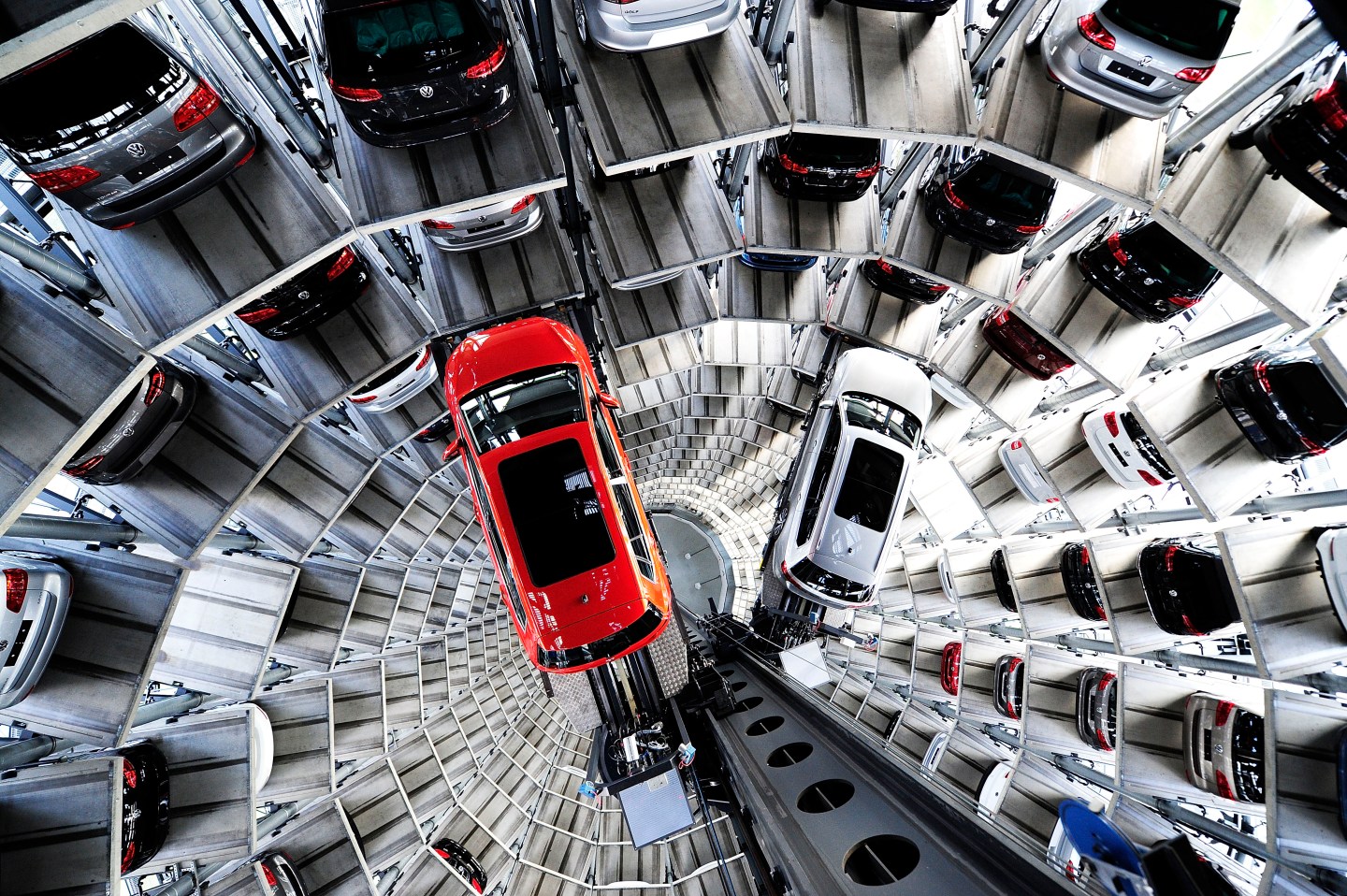 Brand new Volkswagen cars stand stored in a tower at the Volkswagen Autostadt complex near the Volkswagen factory on March 10, 2015 in Wolfsburg, Germany. Volkswagen is Germany's biggest carmaker and is scheduled to announce financial results for 2014 later this week. Customers who buy a new Volkswagen in Germany have the option of coming to the Autostadt customer service center in person to pick up their new car.
Photograph by Alexander Koerner — Getty Images

Volkswagen brand sales kept falling in March as the carmaker struggles to overcome its diesel emissions scandal, though the pace of the slowdown eased compared with February.

Global deliveries of Volkswagen’s (VW) biggest autos division declined 2.7%, the 16th drop in the past 18 months, extending the fall in first-quarter sales to 1.3% or 1.46 million cars, Europe’s largest automaker said on Friday.

The decline last month was less severe than a 4.7% fall in February, but contrasted with a 5.7% rise in total car sales by all brands in Europe in March..

VW (VLKAY) brand models exclude Audi and Porsche sales data, which VW is due to release later on Friday.

Analysts have said customer faith in VW’s namesake brand has been hurt by a stalled German vehicle recall and a stop sale of diesel models in the United States where seven months into the scandal, VW still lacks a technical fix for almost 600,000 cars.

Demand for VW brand models dropped 2% in the core Western European region last month and 10% in the United States, where the emissions scandal broke, but was up 3.6% in China, VW’s biggest market, VW said.

Chinese sales were subdued though compared with those of German luxury carmakers Mercedes, owned by Daimler (DDAIF), and BMW, which saw sales in the world’s biggest car market surge last month.

Failure to bring its U.S. diesel models into line with environmental standards has undermined VW’s efforts to put a price on the emissions scandal and delayed its annual results.

The carmaker’s supervisory board is due to approve 2015 earnings and discuss the potential costs of the scandal on April 22, a day after a deadline for VW and U.S. regulators to agree a solution for manipulated U.S. cars expires.