This Incredible Technology Let a Paralyzed Man Move His Hand 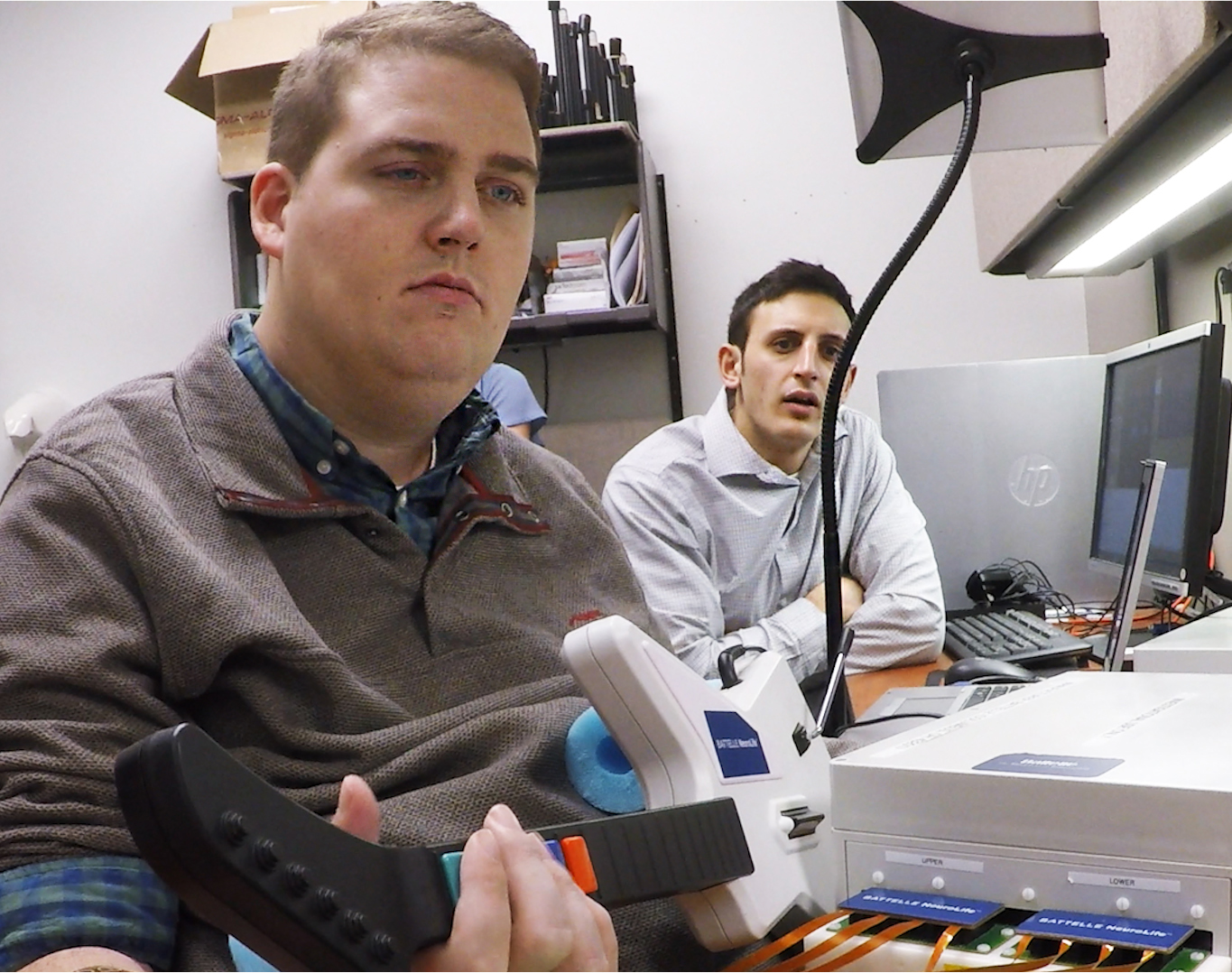 Nick Annetta, right, of Battelle, watches as Ian Burkhart, 24, plays a guitar video game using his paralyzed hand. A computer chip in Burkhart`s brain reads his thoughts, decodes them, then sends signals to a sleeve on his arm, that allows him to move his hand.
Courtesy of The Ohio State University

A quadriplegic man can now move his right hand thanks to landmark biotechnology which uses a microchip to help relay signals from his brain to his muscles, according to a new study published in the journal Nature.

“This is the first demonstration to our knowledge of successful control of muscle activation using intracortically recorded signals in a paralysed human,” wrote the researchers, who were led by Feinstein Institute for Medical Research’s Chad Bouton.

The man, 24-year-old Ian Burkhart, broke his neck in a swimming accident five years ago and volunteered for the brain experiment three years later. The injury robbed him of nearly all mobility beneath the shoulders, although he can somewhat move his elbow.

Bouton and his team performed a so-called neural bypass surgery after studying the areas of Burkhart’s brain which lit up on an fMRI as he watched videos of hand movements and attempted to ape them. The bypass procedure involved implanting a chip that can detect the electrical activity in those regions as Burkhart thinks about moving his hand and then transmits that information via a wire into a computer.

Next, computer algorithms transform the brain data into electrical data which charges up a special sleeve of bands wrapped around Burkhart’s right forearm (you can check out some pictures and video at Nature.com, including of Burkhart playing a guitar video game), allowing him to perform six different functions such as clenching and twisting with his right hand and wrist while connected to the machinery.

While similar brain-machine interface technology has been used to manipulate robotic prosthetics, this is the first such procedure to directly work with a real limb, according to the researchers.
The technology holds special promise for spinal cord injury patients since its success implies that the reshuffling of neural pathways following such trauma can be at least somewhat fixed. But although it’s a clear milestone, there’s still a way to go. Bouton admits that the process is far too cumbersome, requiring daily recalibration, and the system doesn’t give Burkhart back his sense of touch.