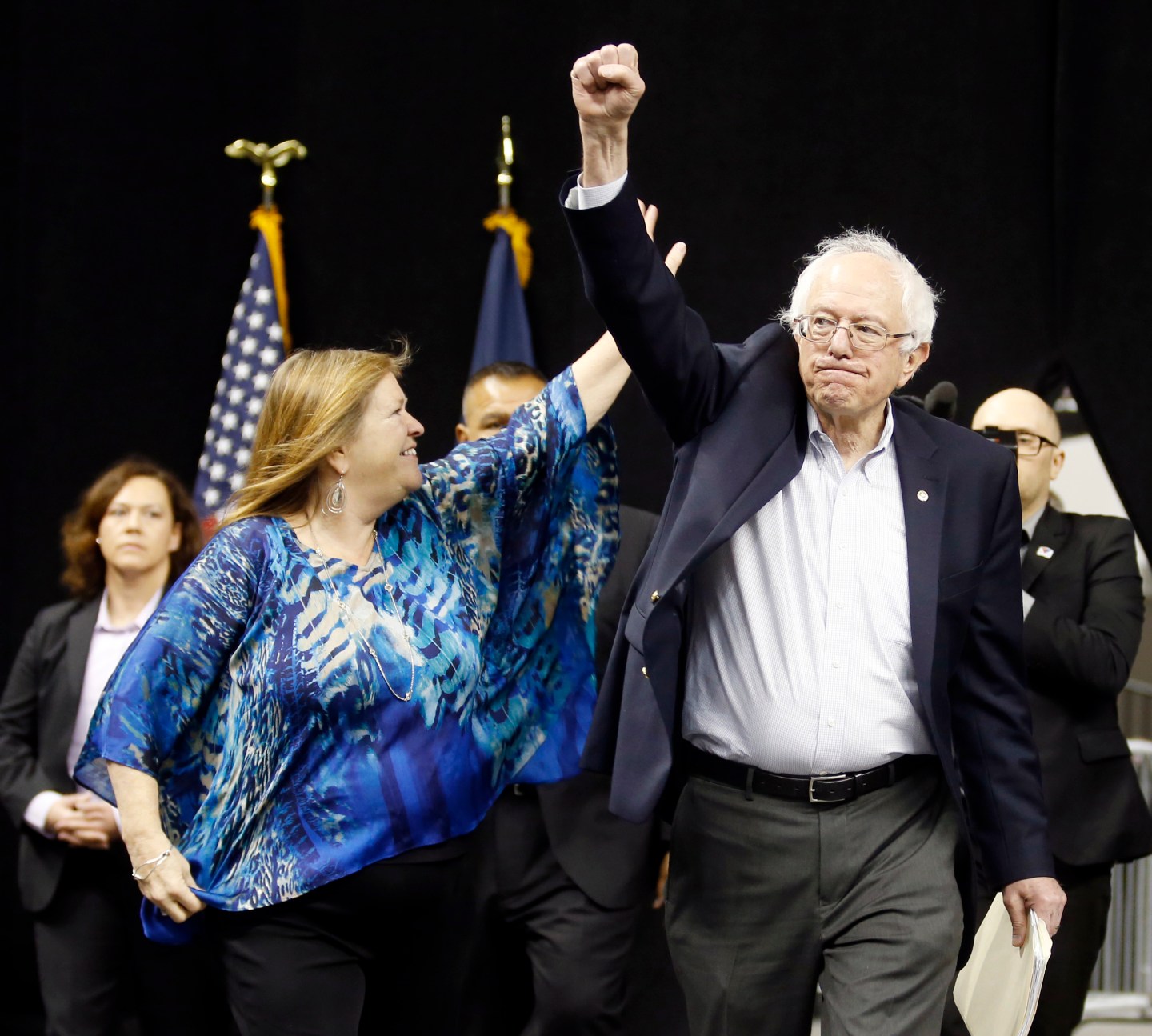 Jane Sanders, wife of presidential candidate Bernie Sanders, says if Hillary Clinton beats her husband for the Democratic nomination, she and Bernie will vote for Team Clinton—and urge his supporters to do the same.

Sanders also made sure to note that she hopes Clinton would do the same, should Bernie get the nod.

Speaking to The Daily Beast in the run-up to her husband’s Wednesday campaign rally in New York City’s Washington Square Park, Sanders also called the superdelegate system “silly”—though she does believe that some of those superdelegates could be convinced to support Bernie rather than Clinton.

Here’s a look at what Jane Sanders had to say on range of other issues:

On the Clinton camp’s allegations that the Sanders campaign is attempting to “rig” the election by flipping superdelegates:

Sanders denied the charges, saying that about half of the superdelegate votes have not yet been counted and that her hope is that “they are looking at what is happening in this race—that [Bernie] has won eight of the nine most recent races” and they decide to support her husband. “Superdelegates will make up their minds,” she said. “It has nothing to do with rigging.”

On whether she has ever advised Bernie to “moderate his tone:”

Saying that issues like poverty and climate change are “something to be angry about,” Sanders maintained everyone in the race has gotten riled up at times. “You look: 18,500 people in the South Bronx last week,” she said. “Nobody was worried about his temperament.”

On the dustup over calling Clinton “unqualified:”

Bernie was simply trying to defend himself from the Clinton campaign’s attempts to make him seem unqualified, said Sanders. While his response may not “have been as articulate as we might have preferred,” he was attempting to explore what makes someone unqualified, such as Clinton’s support of free-trade policies and her vote in favor of the Iraq War. “I think the media has made more of it than either candidate,” she said.
On the more pointed exchanges between the Clinton and Sanders campaigns:
“I think if you compare it to the Republicans it’s nothing,” Sanders said. “What we want to focus on is a clear choice between the two candidates.”
On the possibility of living in the White House:
“I’m more focused on what we could do if he gets into the White House.”