Here’s How Adidas Plans To Drastically Cut Down On Waste 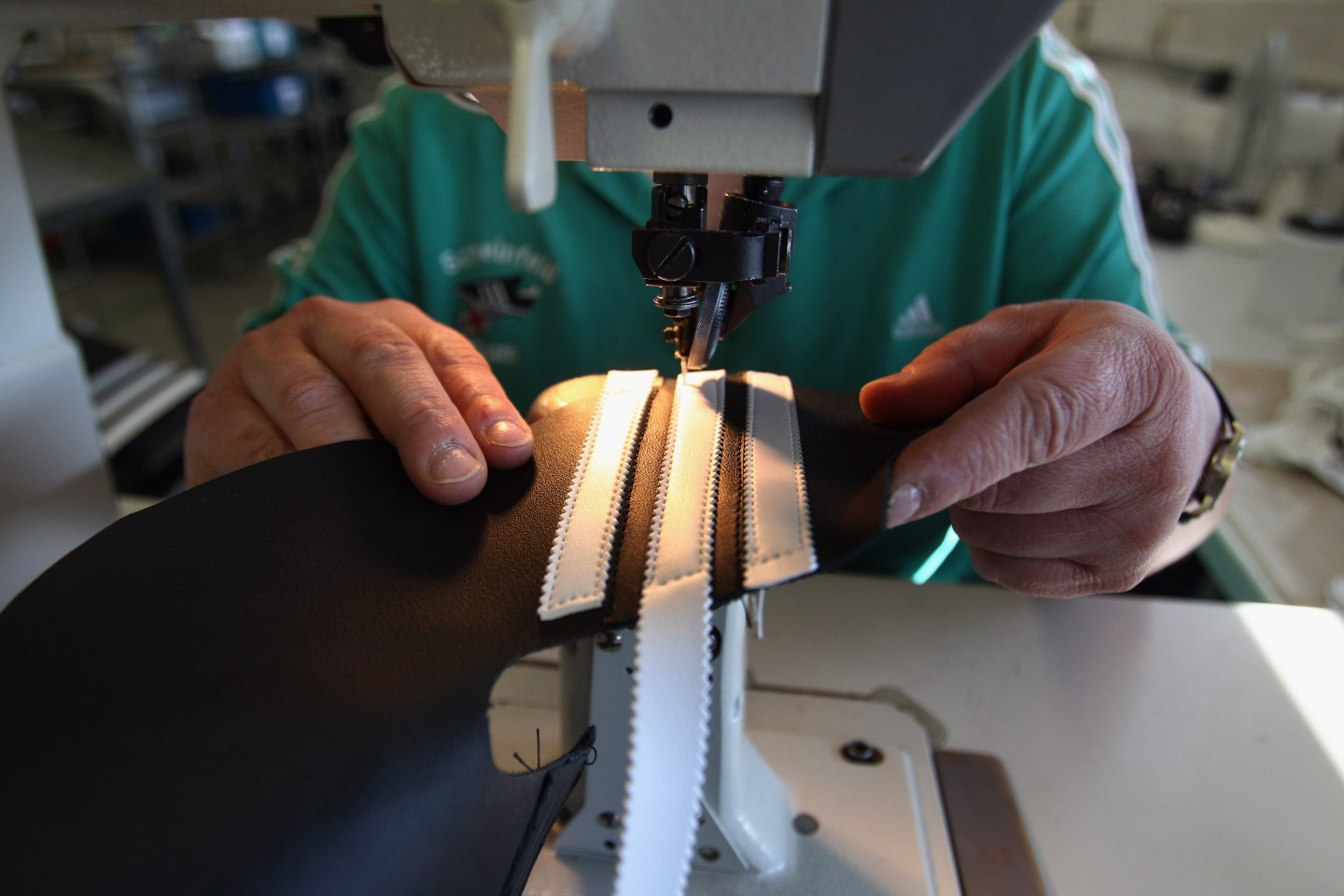 German sportswear maker Adidas successfully trimmed paper usage by 38% over a seven-year period at the company’s corporate offices by adding a simple request to virtual correspondence: “Please don’t print out this e-mail.”

The world’s second largest athletic-gear maker has also stopped stocking plastic water bottles for meetings, swapped plastic straws for paper ones, and at a recent global marketing meeting, reused banners to create bags that were needed for the event. All of those changes are part of a broader corporate-wide goal to reduce waste and lessen water usage.

“These types of changes can create arguments,” James Carnes, Adidas vice president of global brand strategy, tells Fortune. “Some said ‘I like the old plastic straw’ but it forces people to think.”

It also highlights why Adidas on Thursday unveiled a series of six priorities it hopes to achieve by 2020. Among those targets:

“Sustainability” is a word that is hard to define. Companies define their sustainable goals differently, and often times set long, multi-year targets to achieve their stated goals. Adidas says that’s why it was important to set metrics, which the company has made public on Thursday. Sustainability efforts are already permeating the company’s supply chain, including dry-dyeing clothes to save on water usage and a recent partnership to use plastic material found in the oceans to create 3D-printed recycled polyester midsole for a new running shoe.

Another example to highlight would be Adidas’ plan to switch to “sustainable” cotton by the end of 2018. It is working with the non-profit Better Cotton Initiative (BCI) to achieve this switch, meaning it will only order cotton from suppliers that use less water and fewer chemicals to meet the standards set by BCI.

“Suppliers who are providing us with better cotton have a lower impact on the environment,” Carnes said. “We are more aggressively now switching to BCI suppliers.” By the end of last year, 43% of the cotton Adidas ordered came from those more responsible growers.

Material innovation is likely the way that Adidas and main rival Nike (NKE) are able to sell the sustainability story in a way that can truly resonate with customers. Most notably on that front, Adidas is planning to increase the use of recycled polyester for the company’s products.

Carnes asserts the human race adds 200 million tons of plastic on the planet each year. And while recycling can help lessen that material’s impact, 10% of the plastics made still end up in the Earth’s oceans. That’s why Adidas says it wants to re-use plastics for the raw materials used to make soccer jerseys and pretty much any other fabric-based product Adidas manufacturers.

“One of our long-term goals is to create an endless cycle of material usage,” Carnes said. “We aren’t an innovator that then thinks of sustainability later. We are actually looking at how do we innovate everything we do with sustainability as the foundation.”