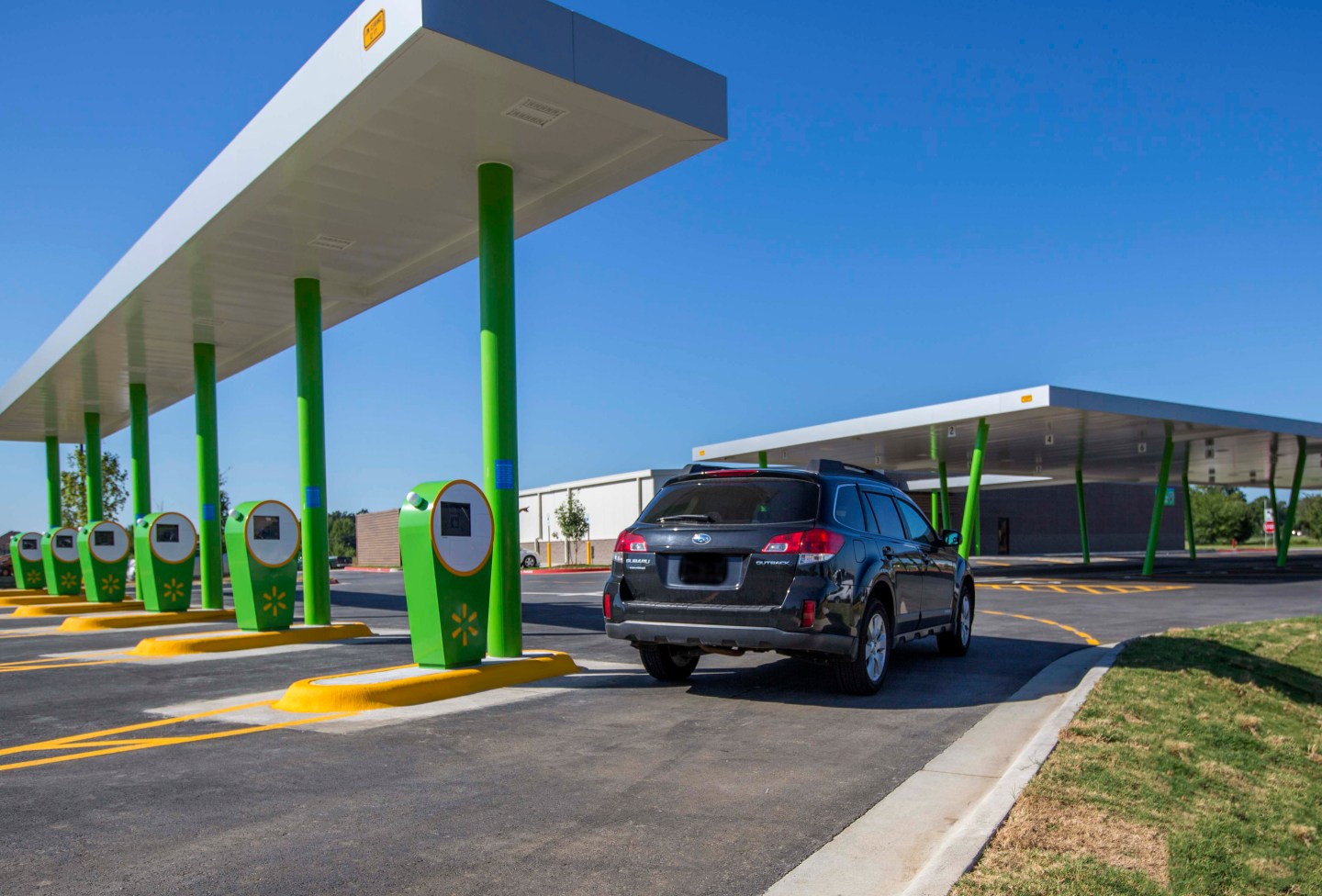 Walmart (WMT) is expanding its curbside grocery pickup to eight more markets as it seeks to use its huge fleet of stores as a way to combat Amazon.com’s (AMZN)growing delivery service.

The largest U.S. retailer and grocer with 2015 food sales of some $165 billion, has not tried to take on rivals like Amazon, Google, and smaller companies like Instacart and Postmates directly with grocery delivery to shoppers’ homes. Instead, Walmart has opted to use its fleet of stores to allow free same-day pick up of food orders placed on its website before 10 a.m.

With the addition of mid-sized markets of including Kansas City, Boise, Idaho, Richmond and Virginia Beach, Virginia, Austin, Texas, and Provo, Utah, Daphne, Alabama and Charleston, South Carolina, Walmart’s pick up service will be now available in 30 markets. The company has also doubled the number of specific stores that in major markets that already have grocery pickup, such as Atlanta, Dallas, and Houston. The eligible items for the free service include 30,000 fresh groceries, baby products and household items.

After customers place their grocery order online, they choose a time to pick it up and then when they get to the store, pull into a designated parking area, where a Walmart worker loads the items into their cars.

There are signs the program is succeeding. Walmart estimates that some 90% of users of curbside pick up are repeat users, and the same proportion of orders include fresh grocery items (dairy, produce or meat) a key battleground for the retailer as it competes with Amazon but also with traditional grocers like Kroger (KR) and Whole Foods Market (WFM).

Michael Bender, chief operating officer of Walmart’s e-commerce operations, told Reuters that the data the company has collected so far shows the retailer is winning a bigger share of customer grocery spending and winning over new customers. He also hinted at further expansion of the service.

That is key to fending off Amazon. That company offers Fresh, a Prime-like grocery subscription delivery service in some markets but it can’t, as a pure-play online retailer, offer customers the option to pick-up an order at a store, unlike Walmart, which says that 70% of Americans live within five miles of a Walmart store.