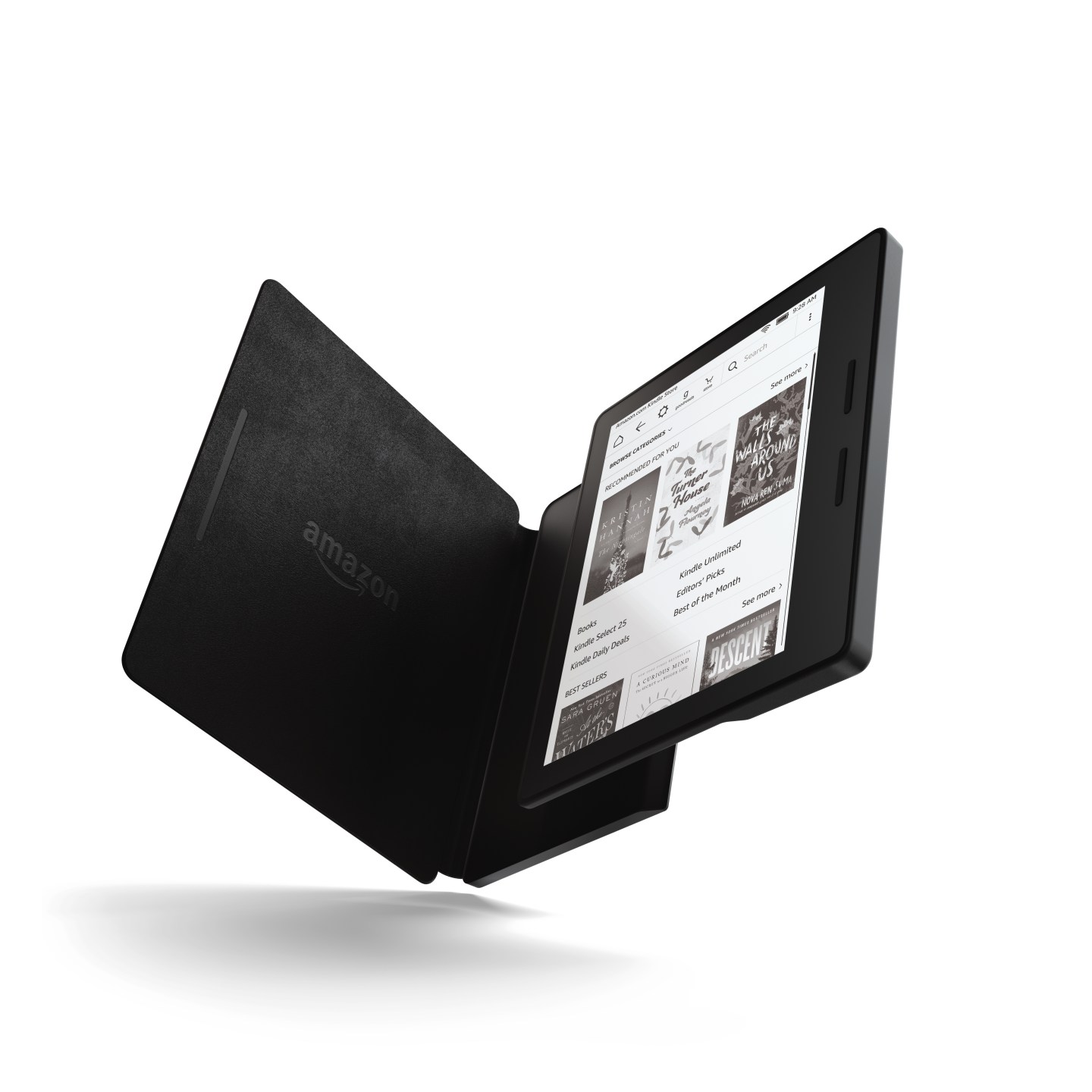 Despite the rise of tablets, Amazon has continued to have success with its Kindle e-reader. Many people prefer reading using a device specialized exactly for that rather than using a multipurpose iPad.

Amazon unveiled its newest Kindle, Oasis, on Wednesday with the hook that what consumers want is lighter, smaller, and a longer battery life. The device is 30% thinner on average and 20% lighter than any previous Kindle, according to Amazon, while it’s battery life is measured in months rather than weeks, as was the case with the previous version.

But those updated features come with a hefty price. The new Wi-Fi-only Oasis costs $289.99, making it one of Amazon’s most expensive Kindles to date. The previous year and a half old version of the Kindle, the Voyage, currently retails for $199.99.

“To lean back and read for hours, you need a sanctuary from distraction,” said Bezos in a statement. “We want Kindle to disappear, and the Kindle Oasis is the next big step in that mission. It’s the most advanced Kindle we’ve ever built—thin and ultra-lightweight, it gets out of the way so you can lose yourself in the author’s world.”

Besides its weight and size, another big difference in the Oasis is that it has an ergonomic grip. Instead of being flat on the back where you hold the device, one side is slightly raised to make it easier to grip.

Similar to the previous versions of the Kindle, the device has a thin touch screen that lets you shop for books, access saved books, and review recommendations from book rating service Goodreads. The screen, Amazon said, is also much brighter than previous models.

The Oasis is debuting with an unusual addition for extending the battery life. It comes with a protective cover that recharges the device automatically after being connected. The cover has a battery inside that can provide months of extra battery life to the Kindle.

When the device is attached to the case and plugged in, both batteries will charge. When it’s unplugged, it will first use the case’s battery before tapping into the Kindle’s internal supply. The Oasis still has weeks of battery life, fully charged, without the cover.

The cover itself is leather, and is available in three colors: black, dark red or brown. The cover opens like a book and fits snuggly around the screen and will wake the device when opened. It also uses a number of magnets to attach itself to the side of the Kindle.

Another new feature for this version of the Kindle is a new “hibernation” mode button that will save power when you aren’t using the device. So if you are leaving it beside your bed overnight, you can turn on the sleep mode, and conserve energy without having to recharge.

The device, which starts shipping at the end of April, costs $289.99 for the Wi-Fi enabled device, and $359.99 for 3G and Wi-Fi included. This makes the Oasis Amazon’s smallest, yet most expensive piece of hardware.

For comparison, the latest iPad mini, the smallest version of Apple’s tablet, start at $399. But with the iPad, you get a full tablet that lets you browse the web, take pictures, and access apps including the Kindle app to read books.

Bezos has acknowledged that his company’s Kindle e-reader is a loss leader. Rather, the e-commerce giant makes money by selling digital books to the device’s owners. Charlie Tritschler, vice president of product management for Amazon Devices, echoed Bezos’ claims that business goals of the Kindle business is not the hardware. The focus is on providing the most diverse and comprehensive content for readers, he said.