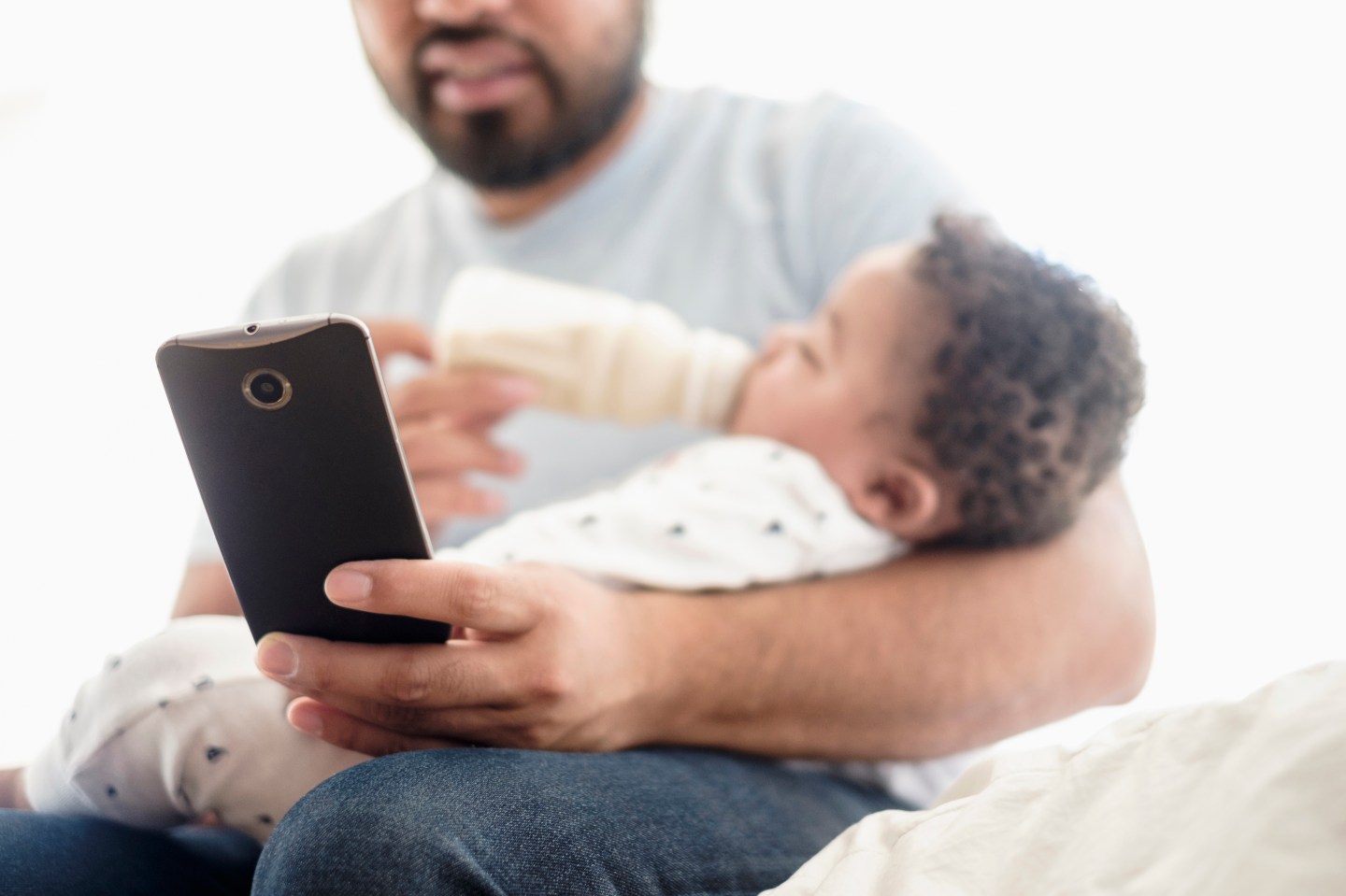 Four months she was gone. Then, on the day she returned from maternity leave earlier this year, it was as if she never left. This first-time mom and director at Care.com was back at her fast-paced job without missing a beat. Before her daughter was born, she had been nervous about motherhood: how would she manage as a working mom? The smoothness of her transition was surprising, even to us who know her well. So one day I asked her about her secret. And then it wasn’t surprising at all. It turns out, her husband’s company offered generous paternity leave. Although he did not take his full leave, he was able to take several weeks and spread them out so that both he and his wife were able to adjust as working parents gradually.

Twitter’s (TWTR) plans to unveil a gender-neutral parental leave program offering 20 weeks of paid leave for all new parents can make more of these situations a reality. The news was, rightly, heralded as a big win. Each time a high-profile employer makes a public display of support for working families, it is an important step. Before Twitter it was Etsy. Before Etsy there was Netflix (NFLX). And you need to look no further than the attention around policies just passed in New York and San Francisco to see that momentum is growing at the municipal, state, and organizational levels. So long as the United States remains the only developed nation in the world without mandated paid parental leave, steps made on each of those levels will be magnified in the public eye.

But to what end? When it comes to parental leave – and paternity leave especially – behaviors and cultural norms are changing more slowly than popular perception. While it’s becoming more socially acceptable for moms to take additional time off, the blueprint for men is still undefined. In fact, the vast majority of American men still do not have access to paternity leave. According to the U.S. Department of Labor, only 12% of all private sector workers have access to paid family leave through their employer. For every big win, like when Mark Zuckerberg or TOMs CEO Blake Mycoskie publicly takes his full paternity leave, many more men are still hesitating to take their own leave.

The reasons are many. Some men chose not to take their full leave out of fear of reprisal. They’re afraid of a negative impact on their career; that they’ll be passed over for a big project or promotion because they’re seen as less committed. For others, they simply don’t believe a long paternity leave is necessary because, well, historically it wasn’t. Dad shaming isn’t always overt, but it exists. In the workplace, it often manifests in the widespread unconscious bias leading men to feel pressured to prioritize work over family.

A Boston College Center for Work and Family report last year that looked at today’s fathers in all aspects of life indicated emerging evidence of a “daddy tax,” similar to the more widely known “mommy tax” that refers to the hit a woman’s lifetime earnings takes due to caregiving responsibilities. The research also showed that 99% of working fathers felt that their supervisor expects no change to occur to their working patterns as the result of their becoming parents. Simply put: Our systems aren’t set up to support engaged caregivers – be they working moms or dads. That’s why gender-neutral parental leave programs like Twitter’s are so important. In presenting their new policy as an acknowledgement of the changing family structures, Twitter sent a clear message about the way modern companies need to approach supporting modern families.

Instead of qualifying “working moms” and “working dads,” we need to acknowledge that working is a reality for today’s parents. Ninety-three percent of dads work outside the home, according to Pew Research, and 60% of American households with kids have no stay-at-home parents. By accepting this new reality, it puts us in a position to strip away all of the gender norms that have so long defined our expectations. Paternity leave has been described by some as the key to gender equality. And there has been some evidence to support this theory out of Sweden, a country looked upon as a global leader on paid leave and family care initiatives. In 2010, a Swedish study found mothers’ future earnings increased 7% for every month of parental leave that her partner took. However, this will never be possible if more men aren’t empowered to not only take their leave but remain engaged as caregivers.

And bias remains one of the biggest obstacles. We’ve touched on the workplace and generational issues, but there’s another area where societal expectations perpetuate traditional roles: at home. Paternity leave plays a critical role here in that it affords new dads critical bonding time with newborns that research has shown often leads to continued parental involvement as the children age. In that sense, paternity leave is only the tip of the iceberg. Progressive employers, like Twitter, that invest in family-care benefits not only support families but also drive business results by aiding recruiting and retention efforts, reducing absenteeism and improving productivity. Boston College research has found 89% of fathers felt it was important for employers to provide paid parental leave. The presence of these policies help organizations engender loyalty among employees and reduce expensive turnover costs.

These are big changes that won’t happen overnight. That’s why leadership – from employers, individuals and influencers, like Mark Zuckerberg and New York Mets second baseman Daniel Murphy, who famously missed opening day for the birth of his first child in 2014 – is so important. In order to fully celebrate this image of a “new dad” we must change cultural norms and embrace the positive impact of paternity leave for families and businesses.

Michael Marty is the SVP and GM of Care@Work, the enterprise arm of Care.com helping global companies support their working families through family care benefits.