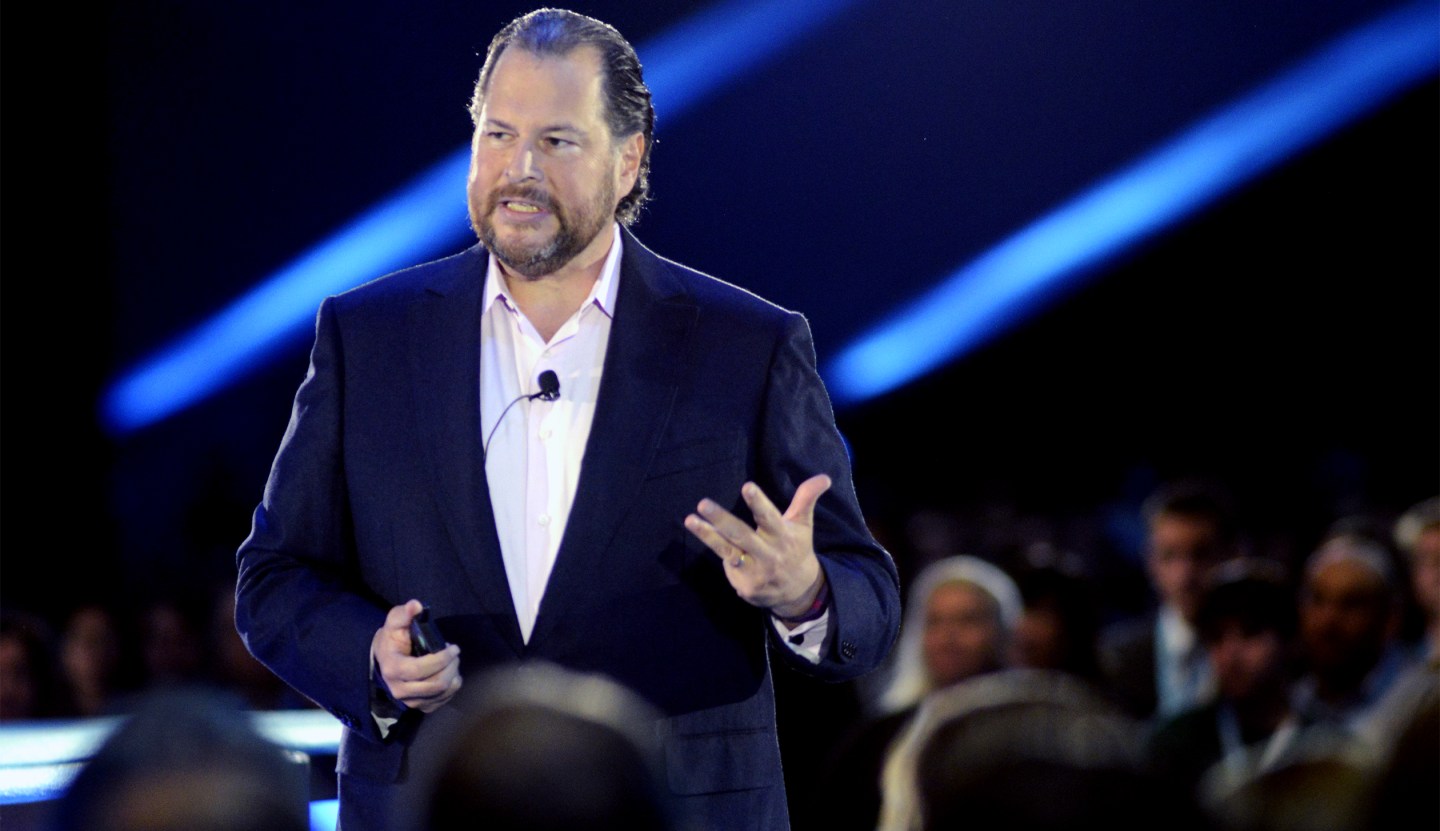 Salesforce CEO Marc Benioff took home less money in 2015, and he won’t get a raise this year. But he managed to arrange something a little extra for his heir apparent, chief operating officer Keith Block.

Aside from his traditional compensation—a package totaling more than $12.3 million, including $10 million in stock—Block received an extra “bonus” early last year, a $40,500 watch in recognition of his sales leadership, according to the company’s preliminary proxy statement.

The extra consideration isn’t exactly surprising, given Benioff’s frequent, public praise. Actually, it’s not even the most expensive form of “other” compensation listed by the Salesforce in the proxy statement. The company spent more than $1.4 million on security arrangements for Benioff during business trips. Salesforce also paid out more than $100,000 to send three top executives—Block, CFO Mark Hawkins, and President Alex Dayon—to leadership and motivational events. Plus, it covered the costs of using the Salesforce jet to evacuate one of Dayon’s family members from a foreign country because of a medical emergency.

After Benioff, Block is the second-highest paid “named” executive on the Salesforce (CRM) payroll. Since Benioff hired him away from Oracle (ORCL) in 2013, Salesforce has been reporting larger customer contracts. In late March, for example, the software company scored a $100 million deal with the U.S. Department of Health & Human Services to provide its cloud-delivered sales, marketing, and customer service applications.

It puts Salesforce one step closer to Benioff’s and Block’s joint vision of driving Salesforce to reach $10 billion in annual revenue faster than any other business software company. The company reported $6.7 billion in revenue for 2016. It expects to top $8 billion in fiscal year 2017, which ends next January.

Salesforce made “significant” changes to Benioff’s pay package for the upcoming year. That included reducing his total compensation by 16% and tying more than half to performance-based, restricted stock grants, according to the proxy statement.

According to the proxy statement, Benioff’s base salary and target bonus will remain the same for the current fiscal year. That’s not the case for Block, who is due to receive a 7% raise in base pay, to $1.15 million.

Salesforce has scheduled its annual shareholder meeting for June 2 in San Francisco.