This Is Puerto Rico’s Latest Plan to Reduce its Debt 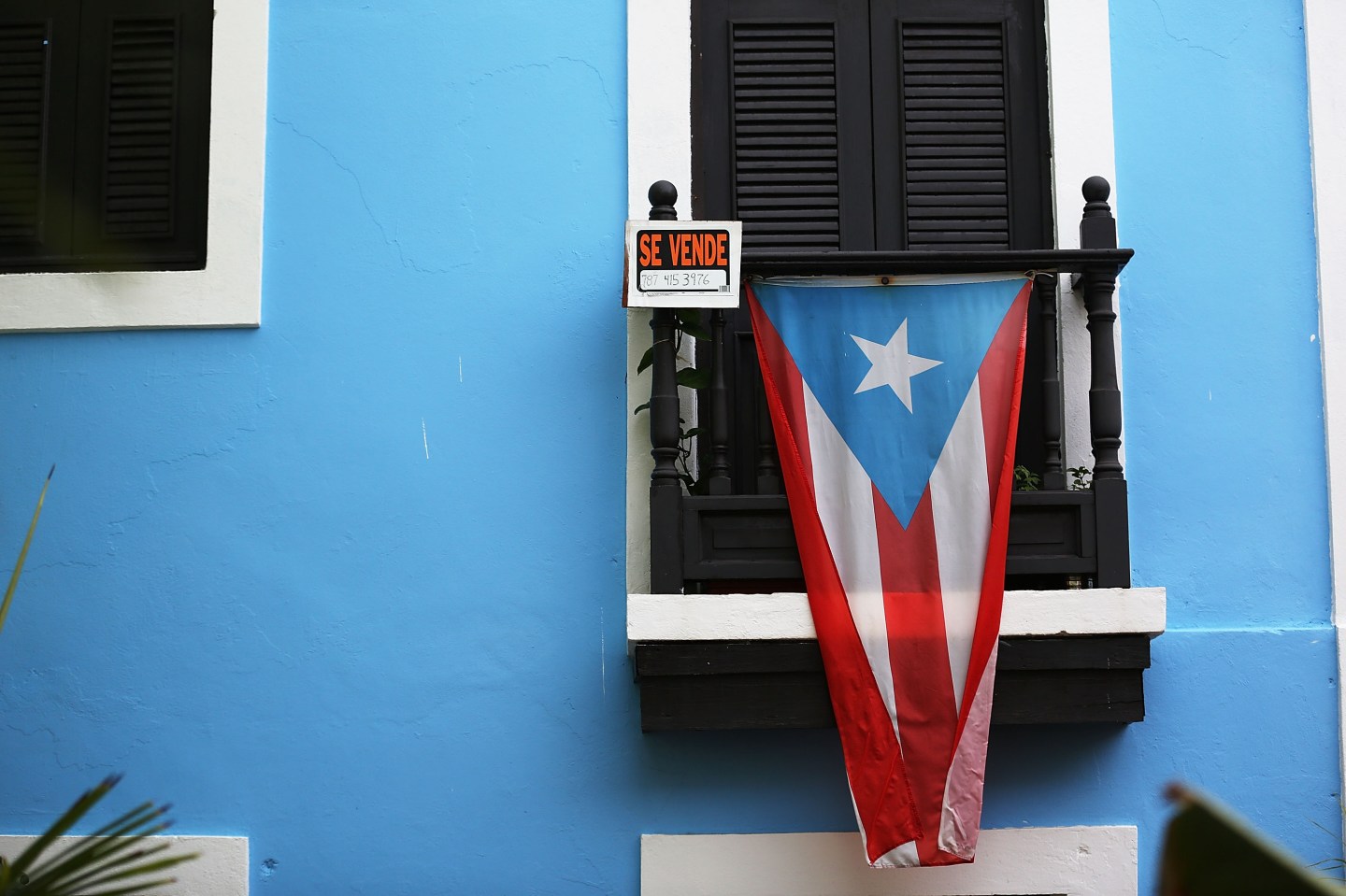 Puerto Rico on Monday unveiled a revised restructuring proposal that would cut its debt more modestly, offering general obligation holders about 74 cents on the dollar with other creditor classes getting less, as it tries to solve a crushing economic crisis ahead of looming debt payments.

The plan would reduce a $49 billion chunk of the U.S. territory’s debt to between $32.6 billion and $37.4 billion by exchanging existing debt for two classes of new bonds, a base bond and a capital appreciation bond.

The offer follows counter-proposals from various creditor groups to the island’s initial Feb. 1 restructuring plan, under which the same debt would have been cut to $26.5 billion.

Puerto Rico faces $70 billion in total debt, a 45 percent poverty rate, and a shrinking population, all of which threaten to collapse its economy. It owes $422 million on May 1, which Governor Alejandro Garcia Padilla has said it cannot afford, and another $1.5 billion in debt payments on July 1.

The latest offer would eliminate the interest holiday Puerto Rico had included in its first plan. Likewise, the capital appreciation bond, which is mandatorily payable, would replace the first plan’s so-called “growth bond,” which would have been payable only if Puerto Rico’s economy reached certain benchmarks.

The new plan would also include a “local option” for Puerto Rican residents who hold the island’s bonds, who could opt to receive base bonds with a long-dated maturity and 2 percent interest.

Initial creditor reaction was negative. One creditor-side source said the plan “does not represent a shift in strategy” from the first plan, still “based in benchmark trading prices rather than legal and property rights among creditors.”

A second creditor called the plan a “sideshow” as Puerto Rico lobbies federal lawmakers in Washington for a legislative fix for the island’s debt.

“But there’s a part of me that’s like, ‘We should just take it,'” the second source said, adding “we’re gonna get run over in Washington, too, and it’s gonna be ugly.”

The U.S. Congress this week is slated to unveil a new draft bill that is expected to propose putting Puerto Rico’s finances under federal oversight and providing it with authority to restructure some of its debt.

Locally, Puerto Rico last week enacted an emergency law allowing Garcia Padilla to issue moratoria on debt as he deems necessary, and the governor declared a state of emergency at the Government Development Bank (GDB), the government’s primary fiscal agent.

Under Monday’s restructuring proposal, assuming all Puerto Rico resident creditors accepted the local option, GO bondholders would recover an average of 74 percent of their debt, while holders of debt issued by the island’s sales taxing authority, COFINA, would recover about 57 percent.