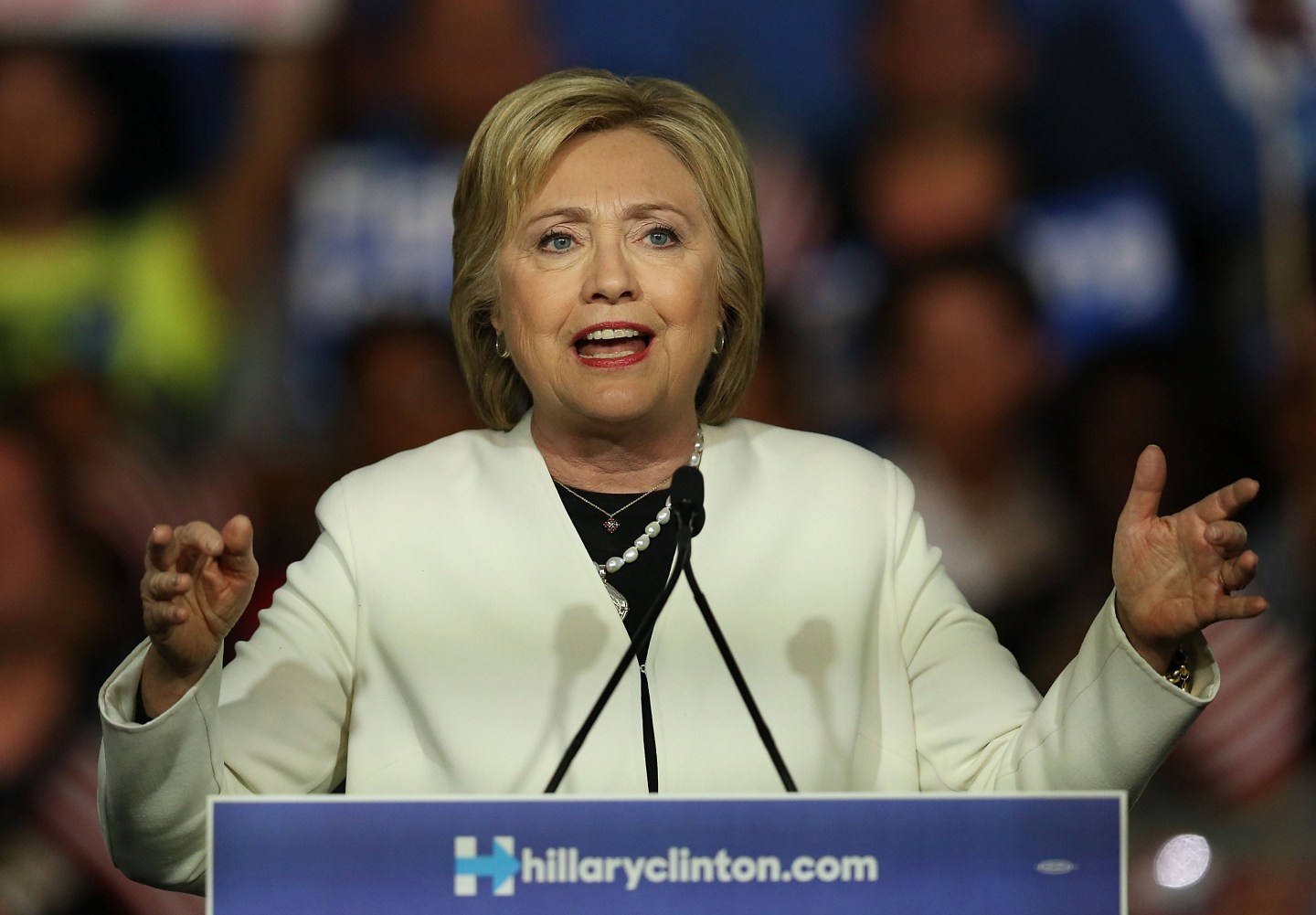 For Hillary Clinton, April 12 has dual significance. To begin with, it’s Equal Pay Day, the day that marks the amount of time women must work into the new year in order to make the same amount of money that men did in the previous year. And, on a more personal note, it’s the one-year anniversary of Clinton’s presidential bid.

Speaking at a roundtable hosted by Glassdoor in New York City on Tuesday, the Democratic frontrunner seized the moment to call attention to both. The discussion, which also included fair pay advocates such as Megan Rapinoe, one of five female athletes to file a federal complaint against U.S. Soccer for unfair pay, and Tracy Sturdivan, co-founder of Make It Work, a national campaign dedicated to fighting for economic issues that affect women and families, touched on a number of equal pay-related policies that have become regular talking points in Clinton’s campaign.

The gender wage gap “costs women and their families and our economy so much money every single year,” Clinton said, highlighting the fact that the problem doesn’t just affect women. “[It’s] an issue that really has almost universal repercussions.”

Clinton went on to debunk four myths about the pay gap:

“Well that is just wrong,” said Clinton. “The typical woman working full-time in 2014 was paid 79% of what men were paid. But when you break it down for African American women, it was 60%. For Latinas, it was 55%. And the last time I checked, there’s no discount for being a woman—groceries don’t cost us less, rent doesn’t cost us less, so why should we be paid less?”

Myth #2: The issue is resolved because we already have anti-discrimination laws.

“It still happens every day…it is one of the most commonly raised questions in all the events that I do.”

Myth #4: We can’t solve these problems.

“We can if we summon the political will.”

The presidential candidate brought up a number of her key policy proposals, including paid family leave, raising the minimum wage, affordable child care, and the Paycheck Fairness Act, which, if passed, would prevent employers from retaliating against workers who share information about wages and permit workers to sue for punitive damages of wage discrimination.

“Now occasionally, when I give a speech like this—which I do practically every day—people will say ‘Oh, there she goes, she’s playing the gender card,'” Clinton said, referring to a phrase Sen. Mitch McConnell (R-KY) made popular last summer when he said that “the gender card alone isn’t enough,” in reference to Clinton’s campaign.

“What I say to that is, if talking about equal pay and paid leave and more opportunities for women and girls is playing the gender card, then deal me in.”