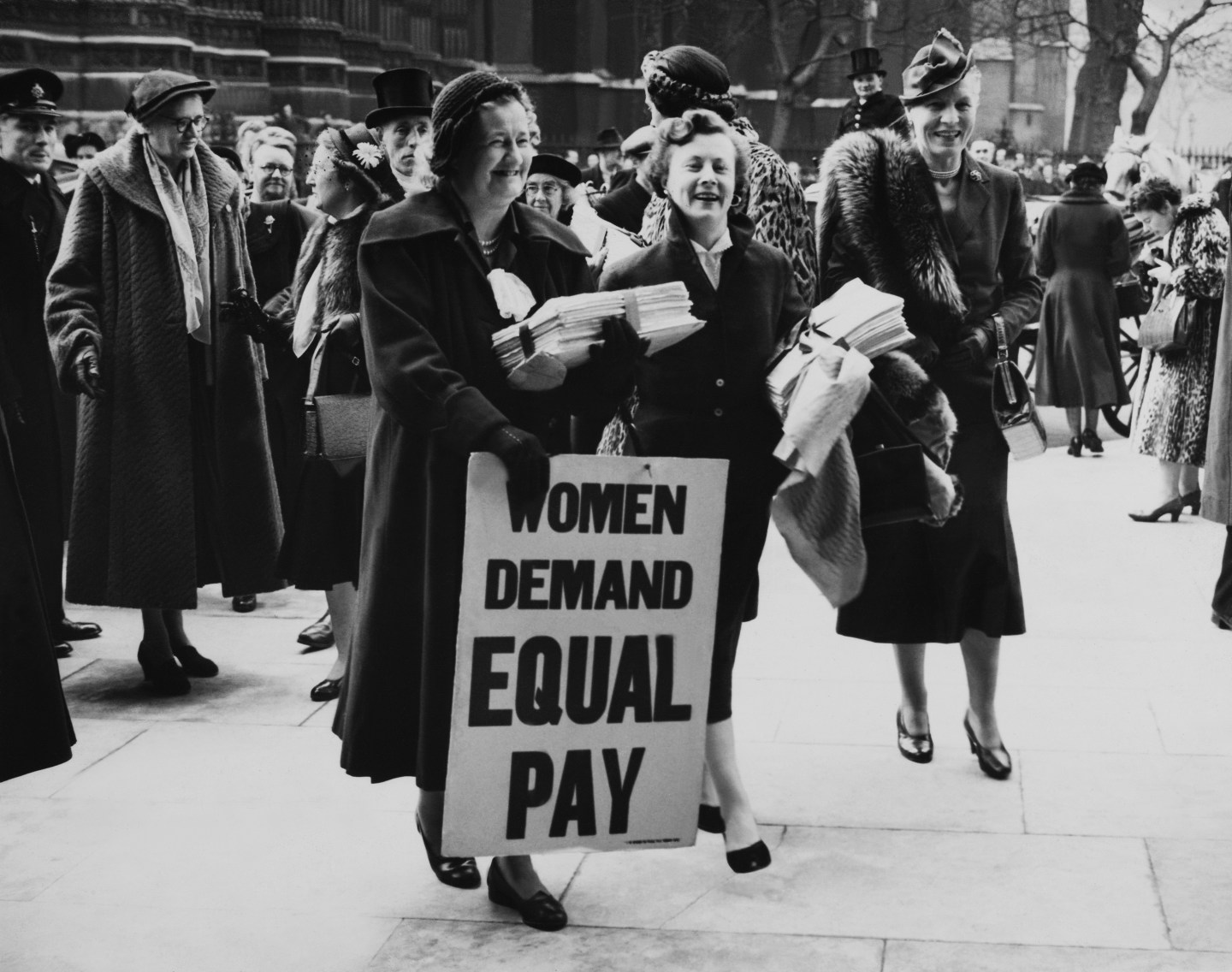 Well, that may be true, but the issue it commemorates is anything but imaginary.

You’re probably aware that a woman makes about 79 cents for every dollar a man makes. But have you thought about how that missing 21 cents adds up over time and across the country? Here are a few sobering realities to keep in mind on Equal Pay Day—and beyond.

1. The average woman can expect to lose out on nearly $500,000 in earnings over the course of her career.

According to new study of Census Bureau data from the National Women’s Law Center, the average woman will make $430,480 less than her male counterpart over the course of 40 years of work. For African American women, that gap grows to $877,480, while for Latinas, it adds up to over $1 million.

2. Paying women at the same rate as men would add nearly half a trillion dollars per year to the U.S. economy.

The National Partnership for Women & Families did the math on how much American women are (not) making each year, and it isn’t pretty. A yearly pay gap of $10,762 per woman means that the total gap between male and female workers in the U.S. adds up to nearly $500 billion annually.

3. If women were paid as much as men, poverty among working single mothers would fall by a third or more.

Equal pay isn’t just about fairness—for many women, it’s the difference between being able to provide for their families and not. The Institute for Women’s Policy Research (IWPR) found that if the sexes were paid equally, the poverty rate among women would fall by more than half in 28 states. In all states, poverty among working single mothers would fall by a third or more.

4. If current trends continue, women will not see equal pay for another 117 years.

According to the World Economic Forum’s 2015 Global Gender Gap Report, women around the world are earning close to what men were paid back in 2006. Even more frustrating is the snail-like pace of change: The gap in wage equality and labor force parity has shrunk by just 3% over the past 10 years.

Over the past year, change in the U.S. wasn’t just slow—it was nonexistent. Another analysis by IWPR showed that in 2015, the ratio of women’s to men’s median weekly full-time earnings was 81.1%—a decrease of 1.4 percentage points since 2014, when the ratio was 82.5%.