This Is What Happens When You Embrace Your Failures 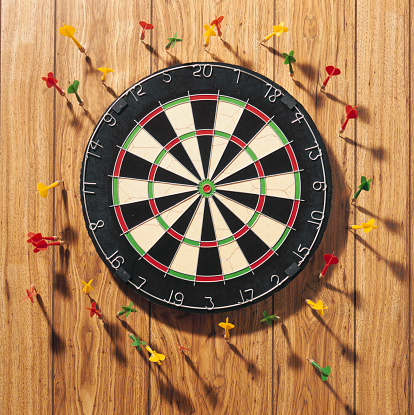 The MPW Insider network is an online community where the most thoughtful and influential people in business contribute answers to timely questions about careers and leadership. Today’s answer to the question: How do you embrace imperfection as part of professional development? is by Reshma Saujani, founder and CEO of Girls Who Code.

How many of you failed on your way to getting to where you are now? How many of you are better for it? Me, too. In my journey as the founder and CEO of Girls Who Code, I’ve learned that embracing imperfection is critical for professional development. Let me give you an example. It was 2010, I was 33 years old, and Americans were fed up with the government. I had been involved in politics for years as a fundraiser and an organizer, but — in my heart — had always wanted to run for office. The sitting Congresswoman in my district had been in office since 1992 and I was sure that this was my time to make a difference and disrupt the status quo. My pollsters told me I was crazy, but I ran anyway and became an out-of-the-blue upstart in a New York City Congressional race. I had endorsements from The New York Daily News, The Wall Street Journal, and CNBC.

On election day, the pollsters were right. I only got 19% of the vote, spending 1.3 million dollars for 6,321 votes. If public humiliation wasn’t enough, I also had no job, no contingency plan, and was broke. I had let so many people down: my field organizers, people who voted for me, my family, my friends — the list was endless. I thought my political dreams where over. What I learned, however, was that in taking the biggest risk of my professional life, I stumbled upon my next career. My path to create innovation in our country was not through Capitol Hill, but through creating a movement of girl coders who will solve our nation’s and world’s most pressing problems.

See also: Proof Networking Is ​Actually​ Worth Your Time

Now, I share my failure story in hopes to inspire young girls to become the leaders and innovators in the tech industry. It just so happens that failure is an inevitable part of coding. It’s a process of trial and error to get the right command in the right place, with sometimes just a semicolon making all the difference. Embracing failure requires you to accept responsibility, problem solve, and change course. Failure also defines one’s character. Do you accept failure and reflect on what you learned? Or, do you blame someone else for your circumstances? By socializing failure in our students and employees, we’re teaching them to take bigger risks and lead by example. And taking bigger risks can leads to economic opportunity, social mobility, and innovation.

As a result, we — as employers and as a nation — reap the benefit. Learning to be comfortable with failure and imperfection is particularly important for women. An HP report found that men apply for a job when they meet only 60% of the qualifications, and women apply only if they meet 100% of the qualifications. This means that women are taking fewer risks in their careers and are being left behind. That means our economy is being left behind, too, because it’s missing out on all of the ideas women would bring to the table if they weren’t afraid of failure. We can begin to undo our socialization of perfection by letting our employees know that they are not alone, and build an environment of support for their professional development and growth. Make failure part of your narrative with your employees.

Countless young women have told me that they are afraid to raise their hand for help because they think they’re the only one struggling. Trust and respect are built not through perfection, but through vulnerability. You failed. Everyone fails. Innovation requires risk, failure and imperfection. In order for our economy to grow, compete and truly innovate, we need to teach our workforce to be comfortable with risk and failure far earlier than age 33, when I learned the lesson. If we socialize our workforce to accept defeat and learn from it, we will build an economy of leaders who are willing to take big chances, crash, burn, get up again and build the world we all want to live in.