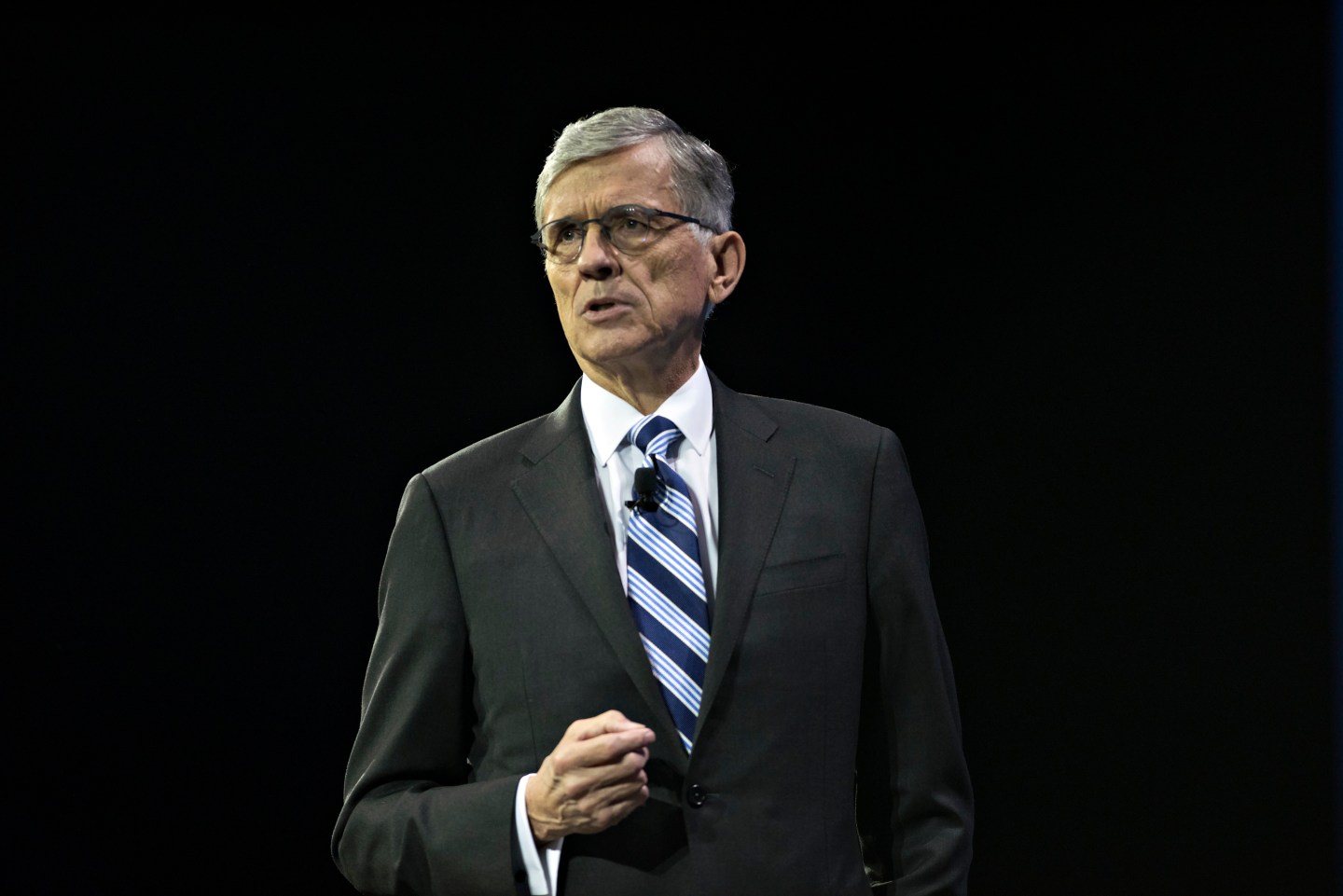 Thomas Wheeler, chairman of the U.S. Federal Communications Commission (FCC), speaks at INTX: The Internet & Television Expo in Chicago, Illinois, U.S., on Wednesday, May 6, 2015. The event, formerly known as the The Cable Show, has been the reimagined for doing business in the digital economy by the National Cable and Telecommunications Association (NCTA). Photographer: Daniel Acker/Bloomberg *** Local Caption *** Thomas Wheeler
Photograph by Daniel Acker—Bloomberg

The meeting Wednesday came as the FCC continues its review of the proposed tie-ups after an informal 180-day FCC review period ended March 25.

Charter CEO Tom Rutledge met with FCC chairman Tom Wheeler Wednesday to discuss “the public interest benefits of its proposed transaction with Time Warner Cable and Bright House Networks and the ways in which it will enhance competition,” according to a filing with the FCC by Charter.

It is the second meeting between Wheeler and Rutledge in less than a month; the pair also met March 16, according to a separate Charter filing.

The company discussed the expansion of its “broadband network to new customer locations and its commitments to settlement-free interconnection and broadband service without usage based pricing or data caps,” the filing said.

In a brief interview Tuesday as he exited a Senate hearing, Wheeler declined to comment on the status of the Charter review. “Stay tuned,” he said.

Charter (CHTR) said in May that it would buy Time Warner Cable (TWC), the fourth-largest U.S. cable company, in a $56 billion cash-and-stock deal that would make it the No. 2 U.S. Internet and cable company after Comcast (ETB).

Shareholders of both companies and most U.S. states have approved the deal.

Charter also announced in March it would buy Bright House Networks in a $10.4 billion deal.

Various media outlets reported in March that Wheeler is likely to circulate a draft order approving the deal with conditions. Five Democratic senators including Democratic presidential candidate Bernie Sanders have raised concerns about the proposed tie-up.

New Charter would be the third-largest pay-TV provider in the country, serving roughly 17.3 million customers, and the second-largest broadband provider, with 19.4 million subscribers in nearly 40 states.

Charter said Monday in a statement it is continuing to “have productive conversations with the FCC and we look forward to a timely resolution.” It said New Charter would deliver faster minimum broadband speeds and a comprehensive low-income broadband program.