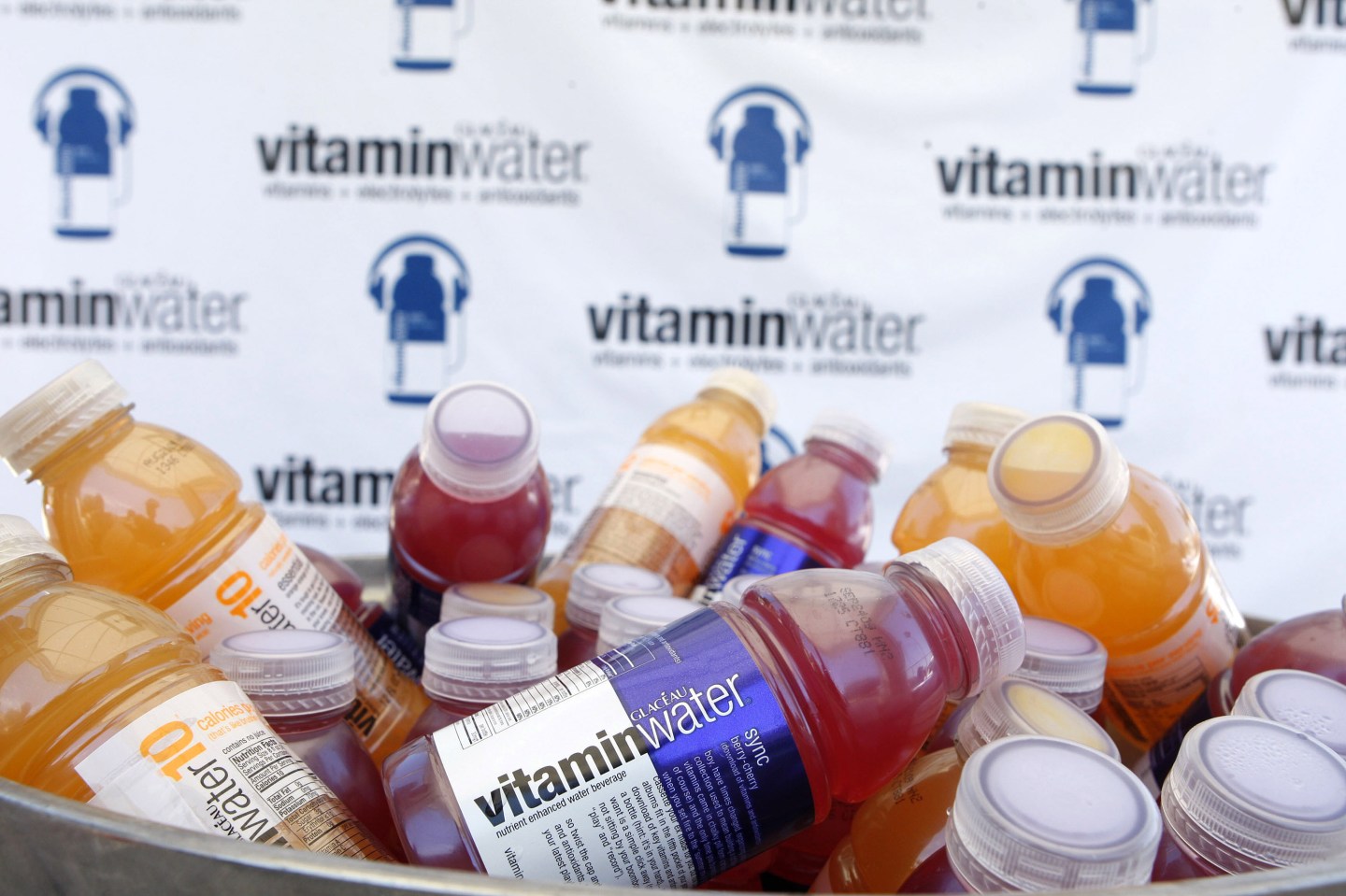 A general view of atmosphere at day 2 of vitaminwater Sync's The Good Life on April 19, 2009 in Palm Springs, California. (Photo by Jordin Althaus/WireImage)
Photograph by Jordin Althaus—WireImage via Getty Images

This story has been updated to reflect a comment from Coca Cola.

Coca-Cola (KO) is being forced to change its Vitaminwater labels.

The company has just settled a lawsuit about misleading claims that it has previously made about the drink. As part of the settlement, WTOP reports, the beverage company will no longer be allowed to use those claims and it must add the words “added sugars” in two places on the Vitaminwater label.

Jeff Cronin, the director of communications for the Center for Science in the Public Interest and a litigant in the case, tells WTOP that this settlement is good news for consumers. Vitaminwater labels previously had health claims like “vitamins + water = all you need” and “this combination of zinc and fortifying vitamins can…keep you healthy as a horse.” They also suggested that the drink could help prevent chronic disease and eye disease, and it could promote healthy joins and “optimal immune function.” Coca-Cola removed those claims from labels during the litigation process, which began in 2009.

“Sugary drinks are strongly linked with weight gain, diabetes, and even heart disease,” Cronin told WTOP. A 20-ounce serving of Vitaminwater contains between 29 and 31 grams of sugar. The recommended maximum daily intake is 37.5 grams for adult men and 25 grams for adult women.

“We are pleased to reach an amicable resolution of this case,” a Coca Cola spokesperson told Fortune. “Although we remain confident in our legal position, it simply made no sense to continue this costly legal battle.”