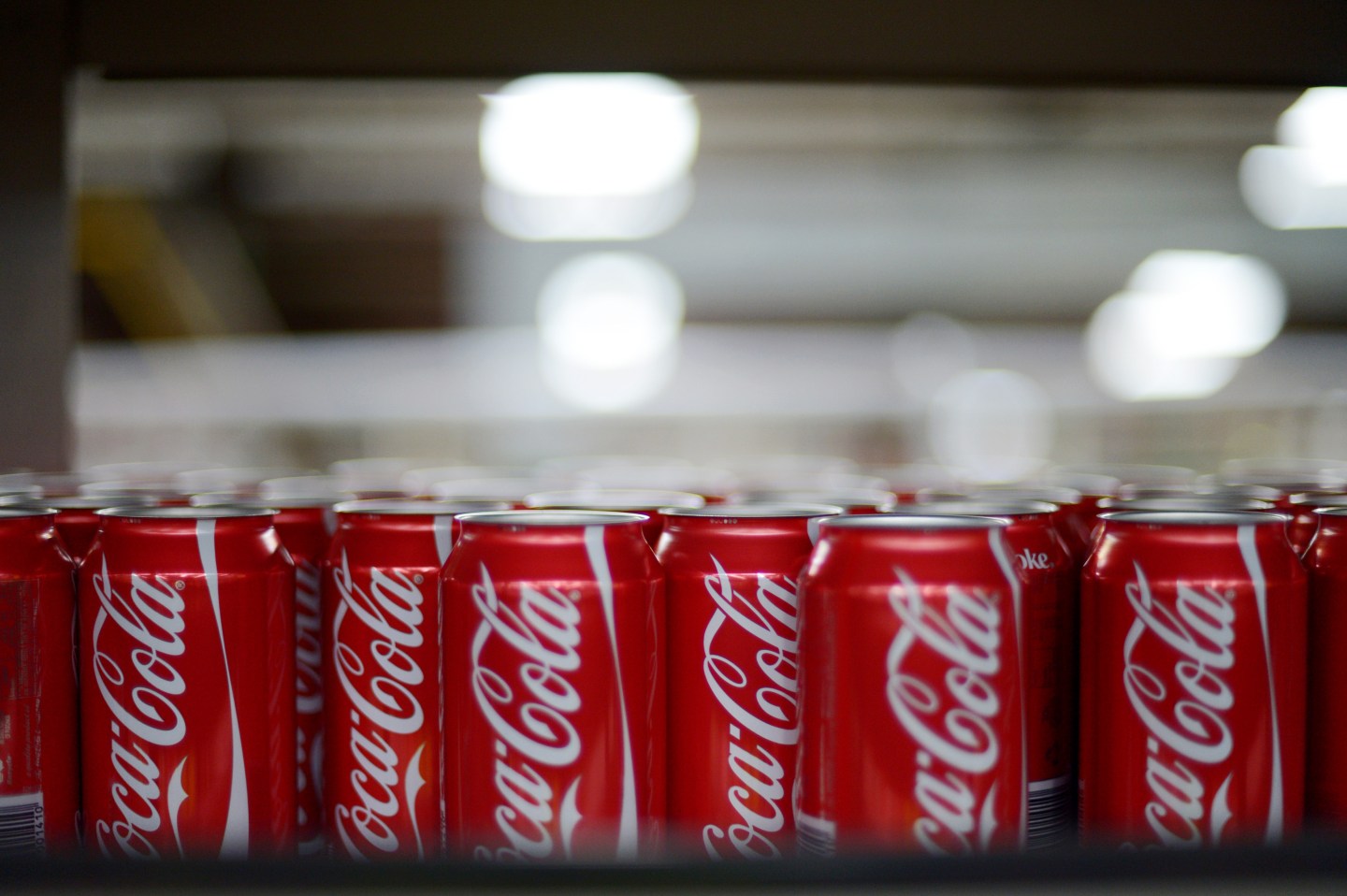 In a blog post on Monday, the soft drink giant announced that, starting Jan. 1, 2017, it will offer six weeks of fully paid leave to new parents in the U.S.—including biological, adoptive, and foster moms and dads. Those new benefits will augment Coke’s current benefits, which offer birth mothers six to eight weeks of paid leave through short-term disability. Roughly 40,000 workers will be covered by the new policy.

“Fostering an inclusive workplace means valuing all parents—no matter their gender or sexual orientation,” said Ceree Eberly, the company’s chief people officer, in the post. “We think the most successful way to structure benefits to help working families is to make them gender-neutral and encourage both moms and dads to play an active role in their family lives.”

However, it’s worth noting that the new policy will not apply to Coke’s roughly 17,500 North American employees covered by collective bargaining. That workforce includes production and warehouse employees. According to a Coca-Cola spokesperson, those employees are covered under “varying short-term disability benefits offered for birthing mothers who can claim short-term disability depending on each contract.”

Coke isn’t the only company to exclude some workers from its generous policy. Last summer, Netflix (NFLX) made a big splash with its “unlimited” paid leave policy—only to come under fire when it became clear that the new benefits did not extend to workers in its DVD division. (The streaming company did revise its paid leave policy for DVD and customer service center employees in December, though they still receive less leave than the company’s other workers.)

In the Monday post, Coca-Cola credited the new policy to “Coca-Cola Millennial Voices,” an internal group dedicated to helping the company attract and retain millennial workers and consumers, which helped draft and push the policy through HR and executive approvals.

It makes sense that Coke is touting the new benefits as an appeal to millennials. Recent research from EY found that millennial parents are much more likely to take paid parental leave (48%) than parents of older generations were when they had kids (35% of Gen Xers and 24% of boomers). The gender-neutral nature of the revised policy is also likely to resonate with younger workers; numerous studies have found millennial men have more egalitarian ideas about child rearing than previous generations (though they continue to be less likely to take parental leave than millennial women).

The blog post quotes 32-year-old Valerie Alva-Ruiz, a Coke employee and mother of a 16-month-old daughter, who underlines the importance of a policy that offers “not only offer paid leave for mothers but also for fathers who deserve that bonding time to be equally involved.”