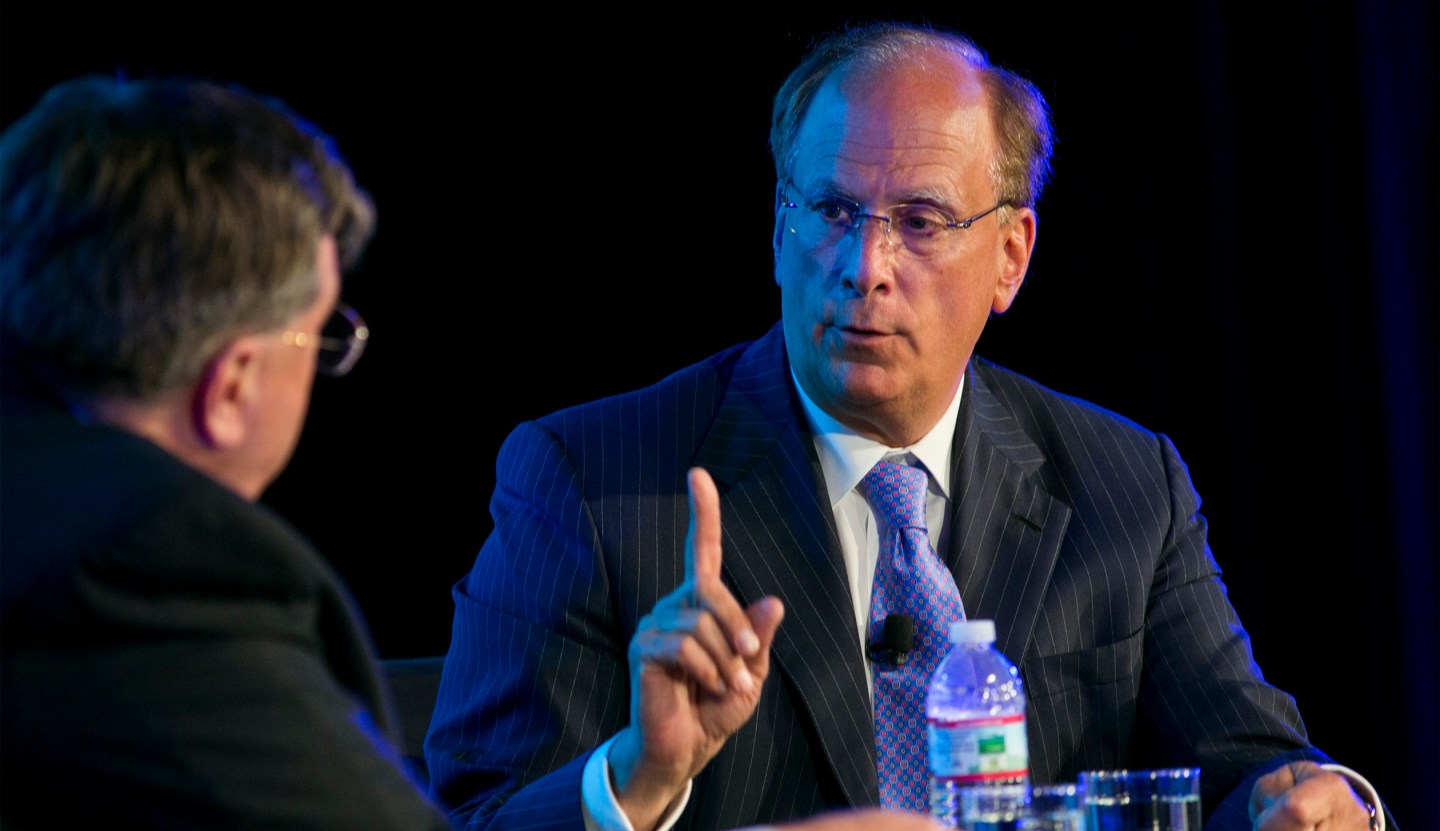 The folks at BlackRock know a thing or two about saving for retirement.

With more than $4.6 trillion under management, it’s the largest money manager in the world, and so economic observers take note when Chairman Larry Fink sees a problem in financial markets.

In his annual letter to shareholders, Fink, who is also the CEO of BlackRock (BLK), singled out the growing trend of negative interest rates as a “particularly worrying” development in the global economy. He says the actions of central banks “attempting to spark economic growth” are “severely punishing the world’s savers and creating incentives to reach for yield, pushing investors into less liquid asset classes and increased levels of risk, with potentially dangerous financial and economic consequences. ”

This is not the first time we’ve heard a money manager criticizing central banks for instituting negative rates. Famed bond fund manager Bill Gross attacked the use of negative rates as an attempt to mask the symptoms of an unhealthy global economy, while Ray Dalio, the head of the world’s largest hedge fund Bridgewater Associates, has recently argued that negative rates will be ineffective at boosting growth.

For his part, Fink argued that the policy of negative rates will not only be ineffective, but that they’ll actually be counterproductive to central bank’s stated goal of stimulating the economy. That’s because, Fink argues, lower interest rates mean that folks saving for retirement will have to put away more each month to make their retirement goals. He writes:

Not nearly enough attention has been paid to the toll these low rates—and now negative rates—are taking on the ability of investors to save and plan for the future. People need to invest more today to achieve their desired annual retirement income in the future. For example, a 35-year-old looking to generate $48,000 per year in retirement income beginning at age 65 would need to invest $178,000 today in a 5% interest rate environment. In a 2% interest rate environment, however, that individual would need to invest $563,000 (or 3.2 times as much) to achieve the same outcome in retirement.

This reality has profound implications for economic growth: consumers saving for retirement need to reduce spending if they are going to reach their retirement income goals and retirees with lower incomes will need to cut consumption as well. A monetary policy intended to spark growth, then, in fact, risks reducing consumer spending.

While Fink is right to point out that low interest rates are putting a large burden on those of us trying to save retirement, he does not address the fact that central banks aren’t primarily responsible for the fact that bonds of all types are yielding less today than we’re used to. Yes, the Fed has a target rate at which it thinks banks should lend overnight to each other. And this rate does affect banks and other financial institutions decision making in terms of how much they are willing to lend money for. But the Fed is not the primary cause of low interest rates. The true cause of this situation is the fact that the global economy is growing at a slow pace, and there is more money chasing safe investing opportunities than there are those opportunities.

Second, while it makes sense that an environment in which investments, like government debt, are yielding a smaller return might cause people to spend less today in order to make their retirement goals, there just isn’t a lot of evidence that this happens in the real world. The following chart shows the relationship between the Fed funds rate and the personal savings rate in the United States:

As you can see, there is no long-term consistent correlation between the Federal Funds rate and the savings rate. Sure, the savings rate increased as the Fed lowered rates in 2008. But the personal savings rate today is roughly in line with where it was in the 1990s, when the fed funds rate was consistently above 5%.

The problem that Fink has identified—low returns making saving for retirement more difficult—is an important one that policy makers will have to grapple with. But the problem is caused by a weak global economy wherein inefficient demand is causing slow economic growth. It’s not one that can be solved simply by the Fed raising rates.