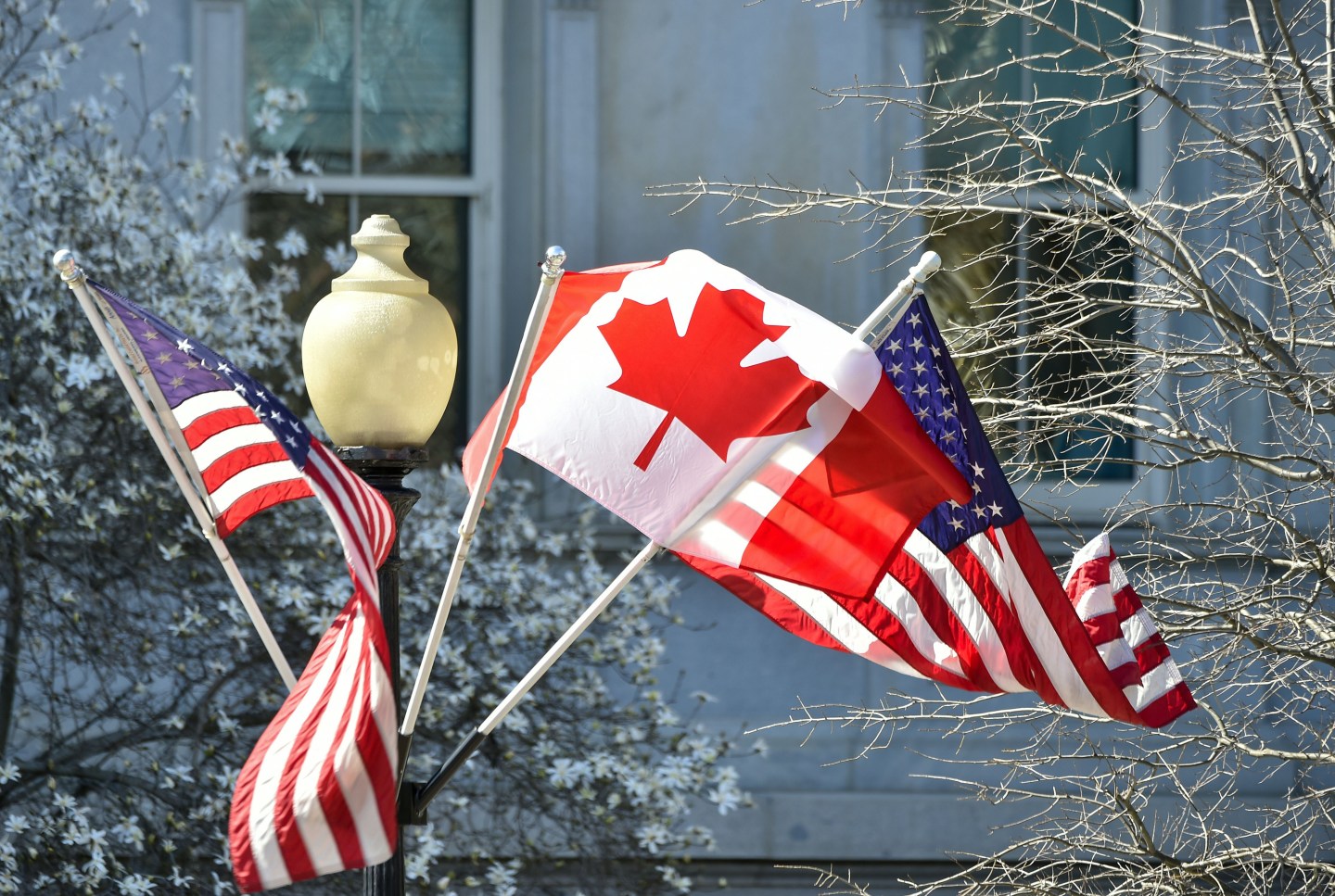 Four Canadian mayors walk into a bar… and try to talk ex-pats in Silicon Valley to come back to their homeland.

This sounds like a potentially amusing joke, but it’s also exactly what happened at a beer bar in San Francisco’s SoMA neighborhood—a hotbed of tech company offices—earlier this week. Mayors of Toronto, Waterloo, Cambridge, and Kitchener mingled with a small crowd of mostly Canadian ex-patriots at an event hosted by the Digital Moose Lounge, a 16-year-old non-profit that organizes events for Canadians living in or visiting the Bay Area.

As part of this event’s target market—I spent 10 of my earliest years in Montreal and earned my Canadian citizenship before moving to Silicon Valley—the event was intriguing, in an amusing way. Could these Canadian politicians convince me to go back? Is Waterloo just as exciting as Silicon Valley? Is an affordable single-family home with a backyard in Canada more valuable than an incredibly dense network of technology, ideas, investment money, and undeterred belief in changing the world by building a photo app or enterprise software?

But before I could answer any of these questions, the group erupted into the Canadian national anthem, O Canada, led by one of the event’s organizers. Surprisingly, almost everyone was singing or at least faking it very well. (For my part, I tried to blend in by quietly finishing my plate of food, sans poutine, in the back.)

“There’s something really special that happens when you get a bunch of Canadians in a room,” the organizer said, shortly before ceding the floor to Toronto’s mayor, John Tory.

Tory, who took office in 2014, opened with an anecdote about a 76 year-old woman who wrote him an email, asking that he help her find her son who’s moved to Silicon Valley and bring him back. His pitch to the evening’s guests was clear: “Please consider coming back,” he said at the end of his remarks.

To be fair, Tory also acknowledged the common refrain from young Canadians who opt to move to major U.S. cities. Though the University of Waterloo has long produced smart engineers and tech entrepreneurs, the area, home to companies like BlackBerry and Kik Messenger, along with the Canadian offices of U.S. tech giants like Google and Intel, hasn’t exactly developed a technology industry as dense and dynamic as Silicon Valley.

It's 75 degrees in San Francisco right now, and snowing in my ancient hometown of Toronto.

But things are changing in Canada, and coupled with the country’s relatively less expensive real estate, a true belief in universal healthcare, and new prime minister Justin Trudeau, young ex-pats should come back.

“There is a difference in the way we live—I’m not saying that it’s better or worse, it’s just different,” said Tory.

And he may be right—not everyone is in a rush to move to Silicon Valley anymore. A pair of software engineering students from Canada spending four months interning at Meraki, a networking company owned by tech giant Cisco, and who attended the event weren’t convinced just yet. Though they both said they’ve enjoyed their experiences so far, the lifestyle trade-offs might not be worth it.

“You’re finally indecisive about working here or in Waterloo,” one of them said, implying that the Waterloo region’s tech industry was now booming enough to be a compelling option for young educated Canadians.

Still, Canada might have to do a bit more to convince its ex-pats to move back. One man I spoke to, who left about 12 years ago and now runs marketing for a back pain treatment center, said he still has family in Canada and is sure they’d love it if he moved back. But would he go back to his hometown of Toronto?

“Maybe to raise a family,” he told me half-heartedly.