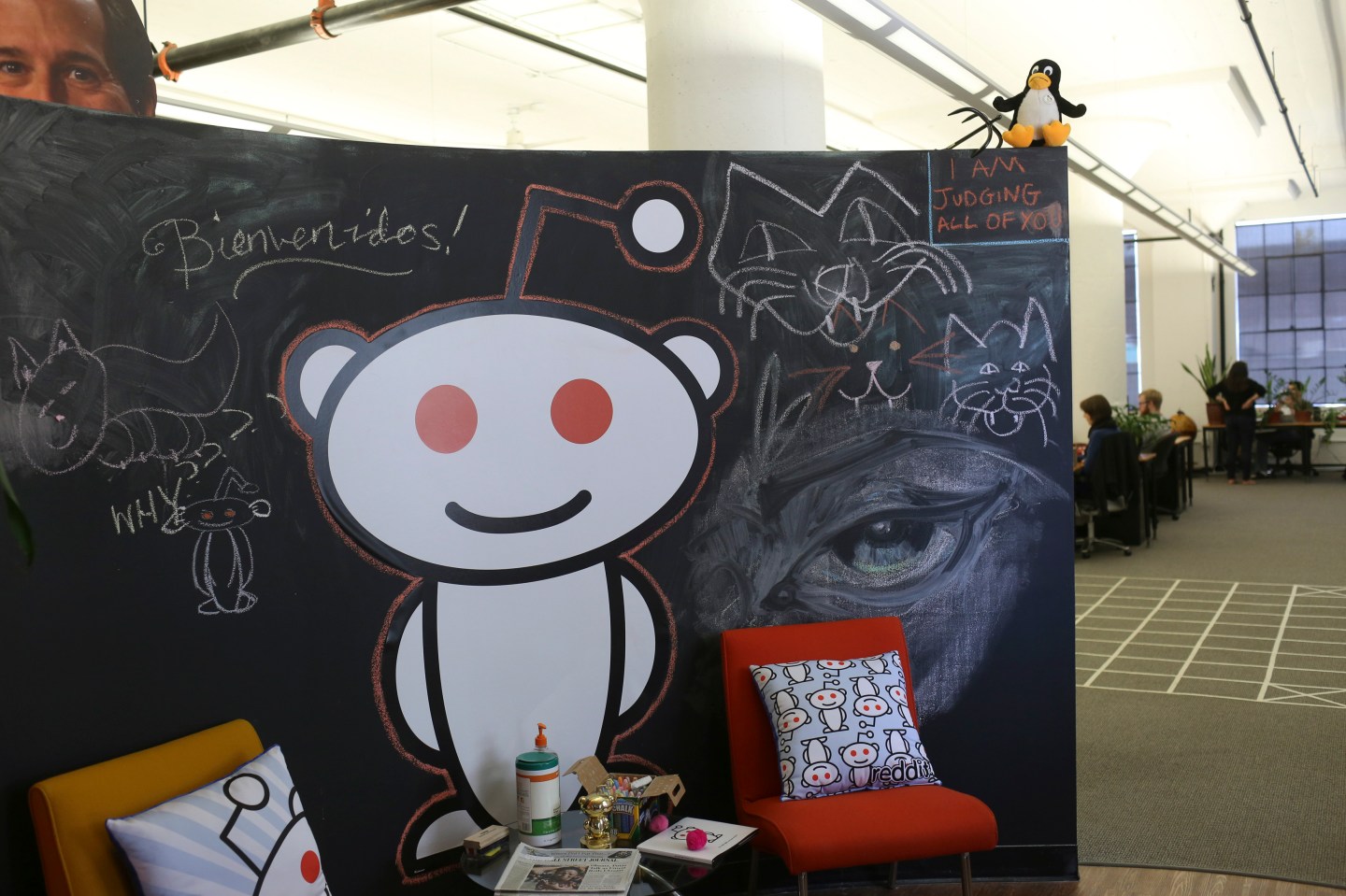 A Reddit mascot is shown at the company's headquarters in San Francisco, California April 15, 2014. Reddit, a website with a retro-'90s look and space-alien mascot that tracks everything from online news to celebrity Q&As, is going after more eyeballs, and advertising, by allowing members of its passionate community to post their own news more quickly and easily. REUTERS/Robert Galbraith (UNITED STATES - Tags: BUSINESS SCIENCE TECHNOLOGY) - RTR3LFP9
Photograph by Robert Galbraith — Reuters

Reddit, the online message board touted as everyone’s Internet soapbox, launched a set of mobile apps for iOS and Android on Thursday.

The smartphone apps are a first for the community posting board site, the “front page of the Internet” known for a more retro style.

But as Reddit developers explain in a video, the San Francisco-based team decided it was time to do what pretty much everyone else in tech is doing: actually build a dedicated mobile version of their product.

The move to a native mobile app will be important for Reddit as the company looks to expand beyond its 243 million monthly users (New York Times) and become a more mainstream social media site.

Previously, Reddit used a third-party mobile app, Alien Blue, which the company bought up in 2014.

The new smartphone apps rolled out just one day after the company launched another new blocking tool Wednesday aimed at curbing online harassment on the site.

In the new apps, users can do all of their usual Redditing, like browsing through news feeds, submitting comments, up-voting and down-voting stories and exploring AMA (ask me anything) Q&A sessions.

The app launched for Reddit users in the U.S., U.K., Australia, and Canada.