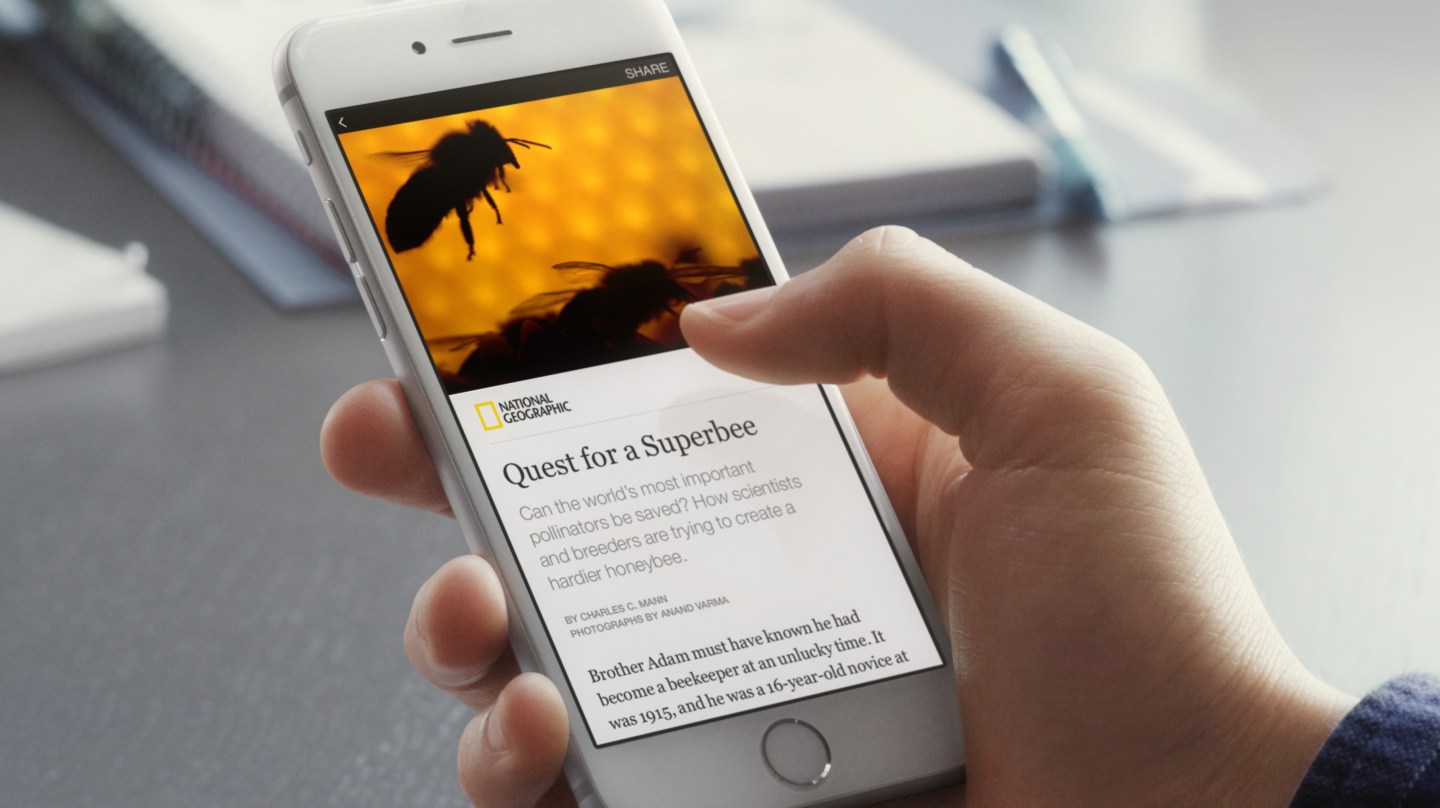 That’s because Facebook has changed its rules around sponsored content. On Friday, the social network announced that it will now let publishers, celebrities, and brands post sponsored or branded content on their Facebook pages as long as they follow a couple of rules, including getting a verified by Facebook and using a special tag for each of these posts.

“This update is something that media companies, public figures, influencers, and marketers have been asking for, as branded content is a growing and evolving part of the media landscape. People will now be connected to more of the content they care most about on Facebook as publishers and influencers gain an incentive to share more quality content—of all kinds—with their fans,” the company explained in a blog post.

Until now, marketers and celebrities have only been able to post sponsored content as actual Facebook ads—not embedded into their photos, videos, and posts. But under the new rules, they’ll be able to introduce content they’re paid to promote into Instant Articles, videos, and even Facebook Live in the coming weeks.

Facebook’s motives for banning this practice until now isn’t hard to figure out—it didn’t get a cut from the revenues. If a company paid a celebrity to promote their product, Facebook wouldn’t make any money from a video or photo the celebrity posted, so its policy promoted its own interests.

Given that the Federal Trade Commission has issued clear rules about native advertising intended to make sure consumers aren’t fooled into thinking that ads are organic endorsements, Facebook is making them use its special content tag.