BMW Restarts Car-Sharing in the U.S. With New Name and Tech 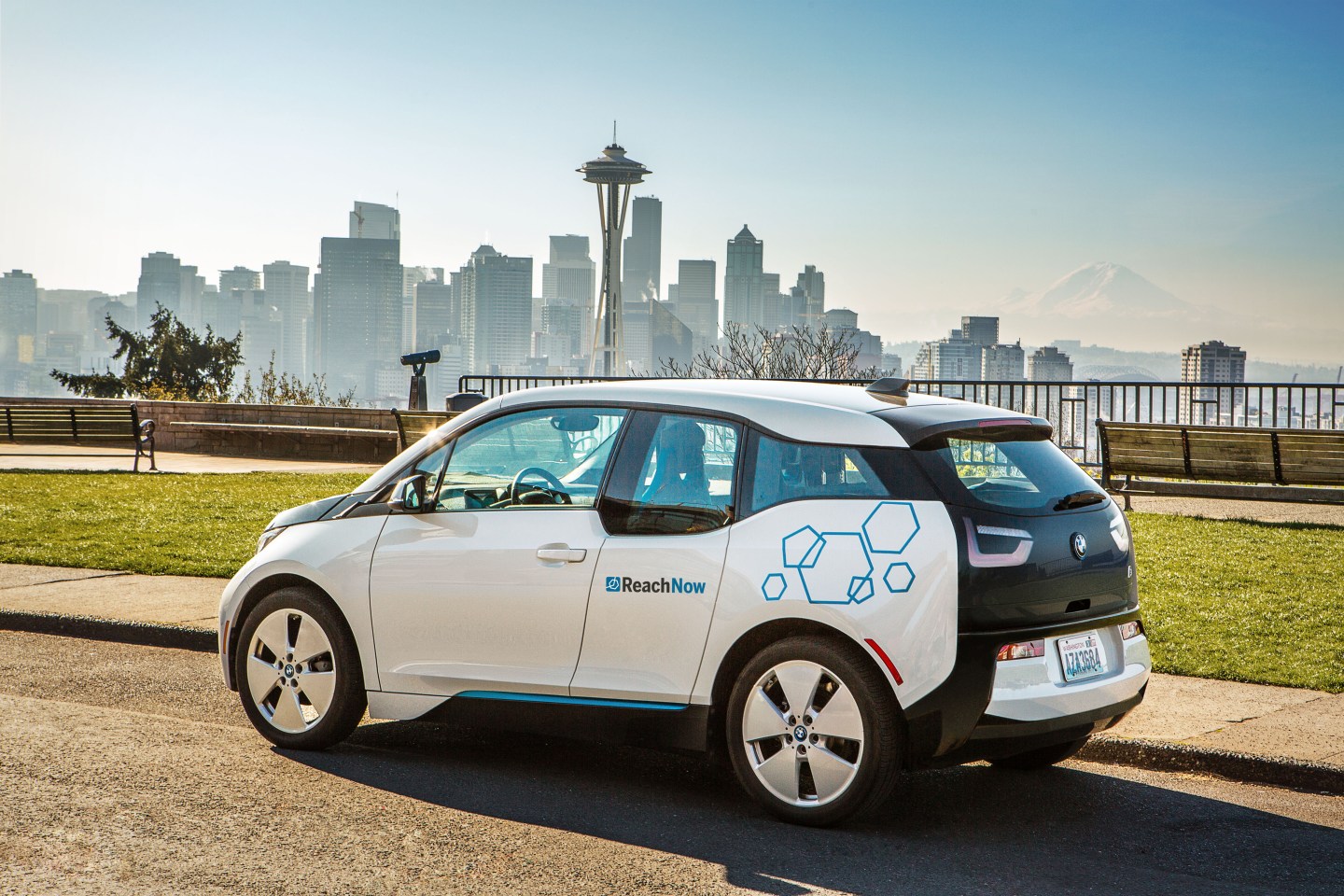 BMW Group is making a second attempt at car-sharing in the United States—this time with a new name, city, leadership, and technology platform.

The new car-sharing service called ReachNow launched Friday in Seattle with 370 Mini and BMW brand vehicles. Approximately 20% of the fleet will be BMW i3 electric vehicles. Seattle will be ReachNow’s North American headquarters and service will expand to three more cities this year, according toPeter Schwarzenbauer, a BMW Group Member of the Board, on Friday. The goal is to establish service in 10 cities in North America.

ReachNow cars will initially be available within the city of Seattle with expansion plans to reach Seattle-Tacoma International Airport during the next quarter, ReachNow promises. And it will offer a number of new services too, including an option to book a car with a chauffeur, putting the service up against ride-hailing services Uber and Lyft.

Sandra Phillips, who previously worked for rival car-sharing service Car2go, has been named chief customer office. A CEO of ReachNow has not yet been named.

ReachNow illustrates BMW’s interest in technology beyond making and selling cars. It also reflects a larger trend among automakers, such as Ford and GM, to find new ways to generate revenue and protect their bottom lines from once-unconventional transportation services like Uber.

These forays into new kinds of transportation-related businesses aren’t always successful. In 2011, BMW and rental car company Sixt SE formed a joint venture car-sharing service in Berlin called DriveNow. The service has had some success and by the end of 2015 had 580,000 registered users throughout Europe. DriveNow’s entry into the U.S. market didn’t go so smoothly.

The company set up shop in San Francisco in 2012 and soon discovered that its business model—a free-floating service allowing vehicles to be picked up and left anywhere within a designated operating area—was in direct conflict with the parking and car-sharing regulations in the city. The service shutdown on November 2, 2015.

RideCell has developed software designed to help companies, mass transit agencies, and car-sharing services manage vehicles. The platform has been tailored to help ReachNow operate as more than a traditional car-sharing service. Customers can actually rent their own cars out via ReachNow, make multi-day rentals, and have a car delivered. ReachNow will also offer car-sharing for closed user groups, such as businesses and residential complexes.

This all-of-the-above approach is one way ReachNow can try to compete with Daimler’s U.S.-based car-sharing service Car2go, which also operates in Seattle.