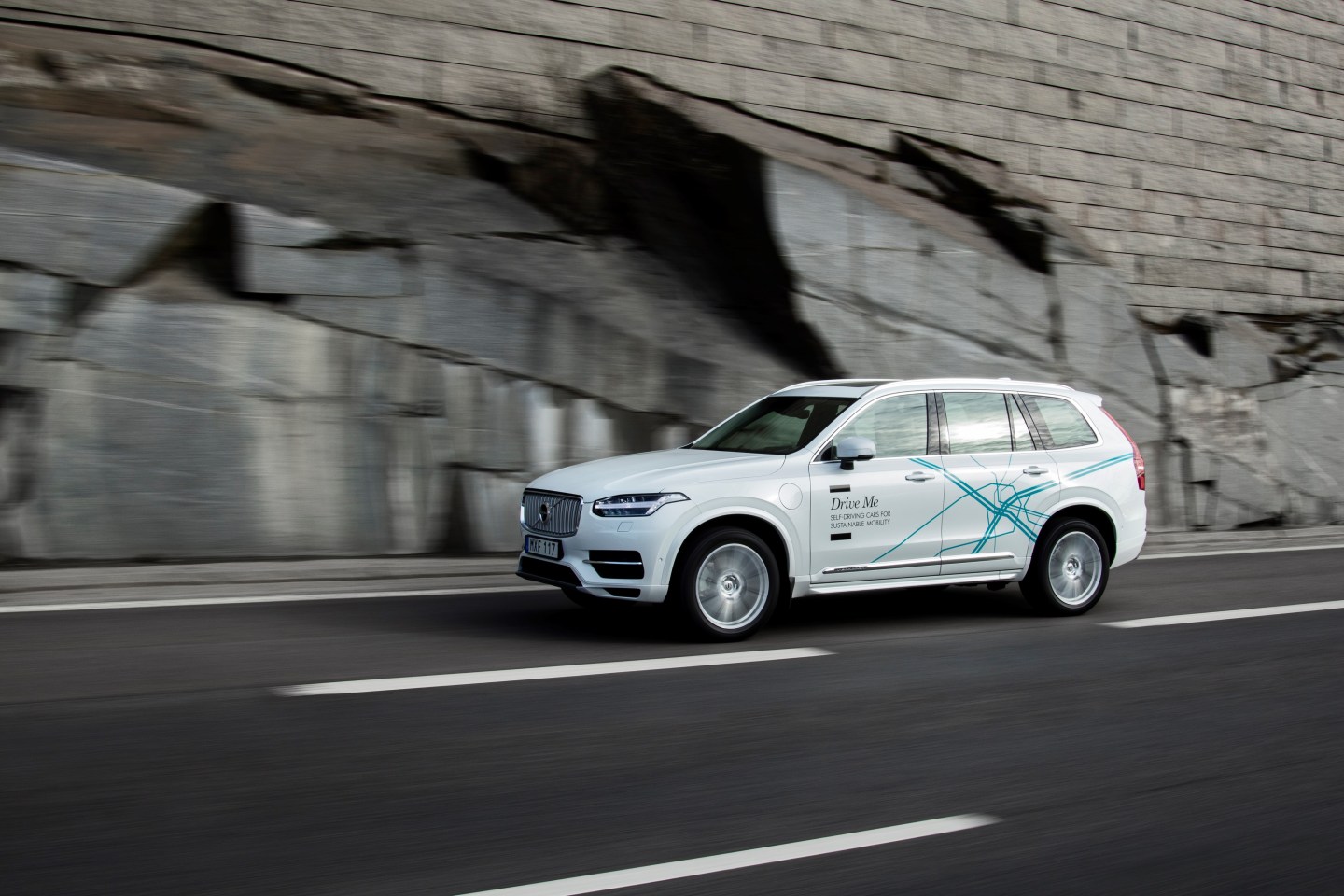 Volvo is expanding its landmark self-driving car project to China. The automaker, which was acquired by Zhejiang Geely Holding of China in 2010, announced plans on Wednesday to give local drivers in China access to 100 self-driving cars to test them in everyday driving conditions.

The company says it will begin negotiations with interested cities in China to see which one will able to provide the necessary permissions, regulations, and infrastructure required for the experiment. Volvo is on the verge of introducing a similar self-driving pilot called the DriveMe project in Sweden.

In 2017, the Drive Me project will make 100 XC90 self-driving model Volvos available to consumers around Gothenburg for use in everyday driving conditions, according to the company. The cars, which will be equipped with Nvidia’s Drive PX 2 supercomputer, will be driven autonomously in certain weather conditions and on one road that loops around the city.

While these companies have been working on autonomous driving for years, most of the work has been done quietly in research and development departments. That all changed about a year ago after Google’s self-driving project introduced its own prototype and several automakers started to publicly share their progress and plans for autonomous driving.

Volvo has been among the more aggressive in this space, and sees autonomous driving systems as the tool that will help it meet its goal to have no one seriously injured or killed in a new Volvo by the year 2020. It also believes the introduction of autonomous driving will reduce traffic and pollution as well as create more valuable free time for drivers.

Last year, Volvo unveiled a design that will let drivers activate and deactivate the autonomous mode through specially-designed paddles on the steering wheel. The interface, called IntelliSafe Auto Pilot, will be available for the first time on 100 model cars that Volvo will make available for its Drive Me project. The interface was developed to oversee how drivers will transfer control to a car’s autonomous driving mode in future cars.