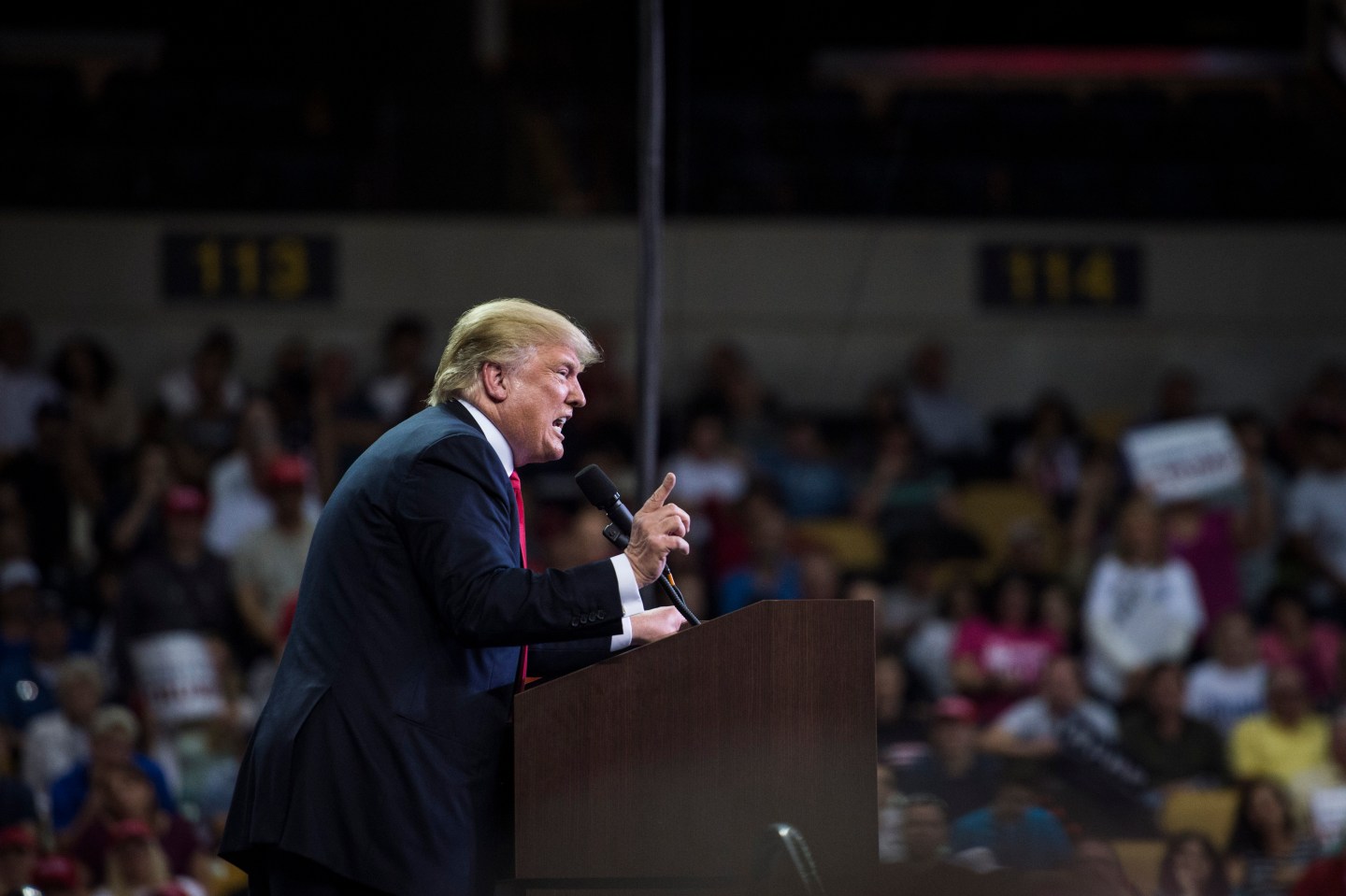 U.S. Republican presidential front-runner Donald Trump said the move by Ford Motor to build a manufacturing plant in Mexico “is an absolute disgrace” and shows the need to renegotiate the North American Free Trade Agreement (NAFTA).

On Tuesday, Ford (F) confirmed plans to build a plant in San Luis Potosi and an investment of $1.6 billion.

“This transaction is an absolute disgrace,” said Trump’s statement, sent to Reuters by email. “Our dishonest politicians and the special interests that control them are laughing in the face of all American citizens.”

Trump said deals like the one Michigan-based Ford made to build a plant in Mexico “will continue until we can renegotiate NAFTA to create a fair deal for American workers.”

Ford did not have an immediate comment on Trump’s statement, but two weeks ago its chief executive, Mark Fields, said Ford would not back away from foreign investments if they made sense.

“We are a global, multinational company and we will invest to keep us competitive and we will do what makes sense for the business,” Fields said.

Ford currently has more workers and makes more vehicles at its U.S. plants than do Detroit rivals General Motors (GM) or Fiat Chrysler Automobiles (FCAU), and has fewer workers and makes fewer vehicles in Mexico than the other automakers.