Startup Lessons From a First-Time Entrepreneur Who Raised $25 Million 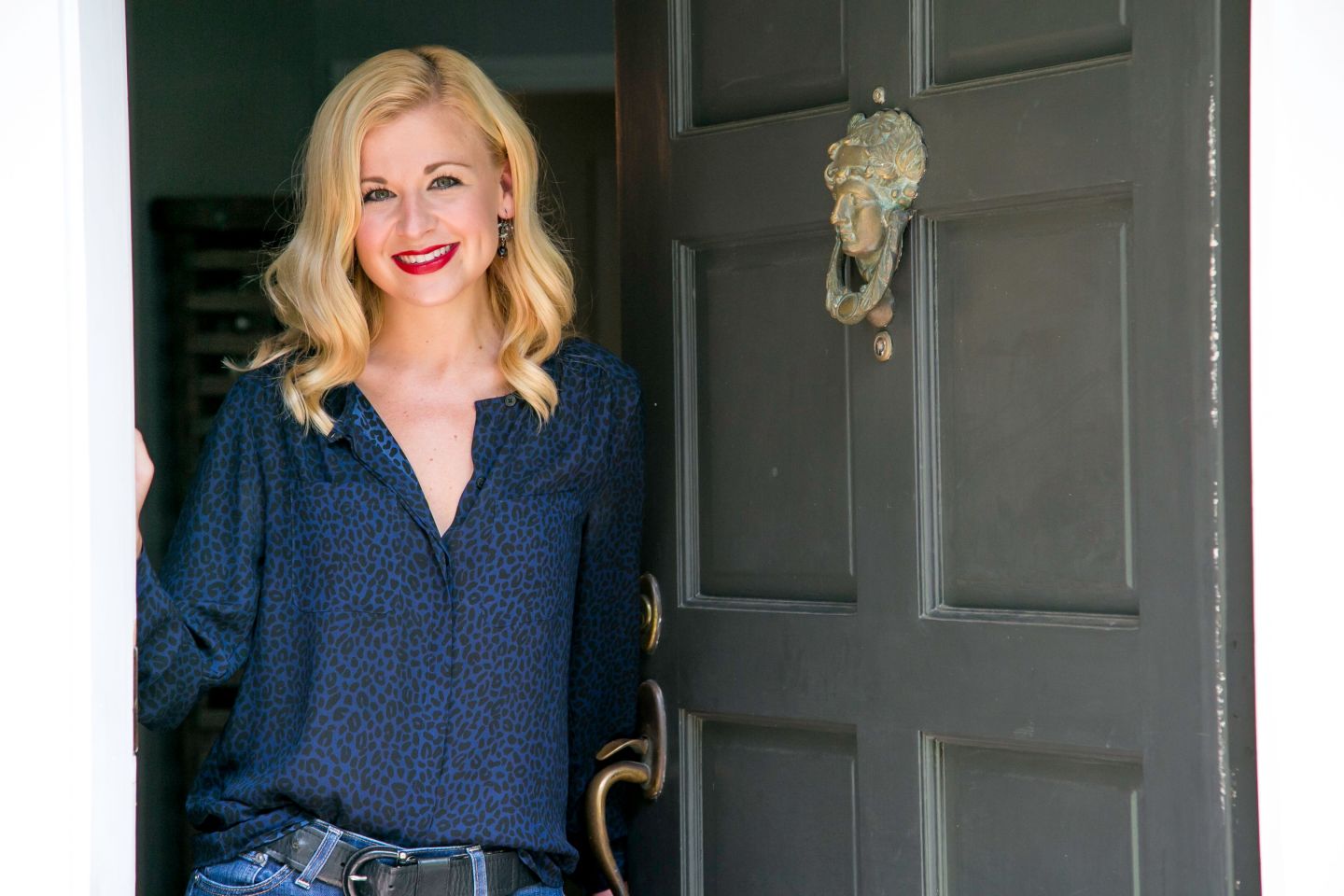 Entrepreneurs have a tendency to paint past failures as necessary steps toward their inevitable success. In many a Silicon Valley narrative, each misguided venture, bad decision or management mistake is rebranded a “lesson” on the path to that eventual multimillion–dollar valuation.

Leura Fine is hoping she can avoid the catastrophic and build a successful business on her first try. She already has the multimillion-dollar valuation down: her company Laurel & Wolf, an online platform that connects interior designers with consumers, has raised $25.5 million in VC funding and is reportedly valued at more than $100 million.

As Fine tells it, becoming a tech CEO happened almost by accident. Like so many entrepreneurial journeys, it started with a nagging frustration — namely, why interior design services remained exorbitantly expensive. Having worked at a big design studio in Los Angeles where “the average budget for a space was $3 million” and then at her own practice, Fine’s clients were safely in the so-called 1%. She liked the job, but wished the client pool was larger and more diverse (as did many of her designer friends, who were competing for jobs from this same, small pool). The Internet had leveled the barrier of entry to so many other fields — why not interior design?

And so, with zero tech capabilities — “I had terrible Googling skills,” she says — and no experience pitching investors, in January 2014 Fine decided to try and do it herself. Today, just over two years later, her experiment has become a full-fledged business that virtually connects consumers with more than 900 vetted designers who offer customized, online layouts and furniture suggestions for as low as $299. While Fine won’t disclose sales, the company is aggressively expanding — headcount is up to 66, from just over 50 in December.

A first-time entrepreneur, Fine is the first to admit she had very little figured out when she started Laurel & Wolf. That’s no longer true, of course.

Here are five lessons she learned along the way.

1. If you can’t answer the question “why isn’t there an easier way to do this?,” you may have stumbled upon a business idea.

When Fine started Laurel & Wolf, she already had a lot working in her favor. For one, thanks to the popularity of social media sites like Pinterest and Instagram, “all of the sudden, people were being flooded with beautiful images of what their spaces could look like,” she says. What’s more, relatively new sites such as Wayfair (W) and One Kings Lane meant designers no longer had to rely on pricey, local boutiques to source furniture, dramatically lowering the cost. Finally, advances in technology made it possible for designers to work on remote projects. Using online tools, “I had successfully designed projects on the other side of the world,” says Fine. But the process, which primarily relied on email exchanges, was clunky and time consuming. Plus, there wasn’t an efficient way to gain new, remote clients.

While all the pieces to make virtual, online interior design a reality were there, “the problem was no one had figured out how to put it all together.” It was a perfect storm — the space was ripe for disruption. Fine didn’t need experience with VCs to tell her that.

2. You don’t have to be a tech expert to start a tech-based business.

Confident in her idea to streamline the online design process and “create a marketplace where both designers and clients know what they are getting and putting in,” Fine was less than assured in her ability to execute on it. Thankfully, she was keenly aware of the next point:

3. Get comfortable asking for help and advice.

To fill in the gaps in her knowledge, Fine reached out to as many people as could every way that she could: through friends, distant connections and via Facebook (FB), LinkedIn (LNKD) and email. “There was a whole combination of hot, lukewarm, mildly cold and super cold intros,” she says. Acquaintances even mildly qualified to give advice received requests for informational interviews. In one month, Fine estimates she sat down with close to 100 people, including chief executives, marketers, developers, even a few angel investors.

During this time she covered as much ground as possible. Her questions ranged from the broad — “how did you get your business off the ground?”– to the specific, such as when to hire developers or whether investors needed to see a working product. No matter the answer, she filed it away. Only after a couple months, when she’d collected a wealth of opinions — some of them directly competing — did she lay them all out and begin to evaluate her options.

4. Understand you can’t listen to everyone.

“I got a lot of advice,” Fine says. “Some of it was good, but I also got a lot of bad advice along the way.” She learned to trust her gut to determine which was which. “I think you have to assess your options and go with what makes sense to you.”

Although she was told a few times that investors would want to see a full working product, it was a strategy that felt intuitively wrong. Instead, she went with another faction that advised her to connect with customers as soon as possible, before investing resources to build a prototype, to test proof of concept.

“So started the old-fashioned way,” she says. “With an email form.”

Fine rounded up 35 of her designer friends and advertised their services at a deeply discounted rate: $300 per room. The only catch: the entire process was conducted online, via email. “We did 50 projects in those first two or three months, although it felt like 5 million because every project had thousands of emails.”

Despite the ungainly process, Fine was able to collect valuable information about what consumers wanted and thus what the basic version of the product should look like. She then took that information and had a paid a development team to build her a rudimentary product with just the basics, including a style quiz, a page with information about the service and a waitlist.

Armed with metrics and a prototype, Fine was ready to start pitching investors by spring 2014. From there, everything moved quickly — she closed a $1.1 million seed round in April 2014, and launched a working site by June.

5. Tap your network to market your product.

Laurel & Wolf now incorporates paid advertising on Google (GOOG), Facebook and YouTube into its marketing strategy. But in the beginning, Fine relied on a marketing tactic she intuitively understood and excelled at: tapping her personal connections. A naturally bubbly, social person, her network has always been large. And so she set it to work.

One of the company’s early, successful marketing plays was a partnership with What’s Up Moms, a popular channel on YouTube. Fine had met Meg Resnikoff, one of the women who runs the channel, at a cocktail party. She was pregnant at the time, so Laurel & Wolf designed her nursery and filmed the reveal.

Laurel and Wolf has continued to generate press coverage by working with influencers, redesigning rooms for, among other, the actress Christina Applegate, fashion designer Rebecca Minkoff and beauty vlogger Desi Perkins.

While these partnerships have grown more strategic over time — “now, we work closely with different agencies and publicists who are interested in partnering with us because they can get their clients homes transformed,” she says — most of the names on the above list happened more organically as a result, again, of Fine using her network to promote her company.

Fine, for example, was introduced to Minkoff by a friend, who had met the fashion designer at a Los Angeles networking event for women in business and connected the two. “Rebecca pinged me about something, and then InStyle wanted to shoot her closet, and she was like, my closet is a disaster,’” Fine says. “I was like, ‘we will come and do it for us, you can use Laurel & Wolf, we can get it done in time for the shoot.”

With that, Laurel & Wolf scored some great, relatively inexpensive publicity (the company provides its services to celebrity clients for free, and sometimes pays for some of the furniture). The partnership with Applegate — which was featured in outlets from Business Insider to Elle Decor — also was largely thanks to Fine’s network. One of her employees was friends with Applegate, and when the actress’ home flooded, Laurel & Wolf offered to redo the space.