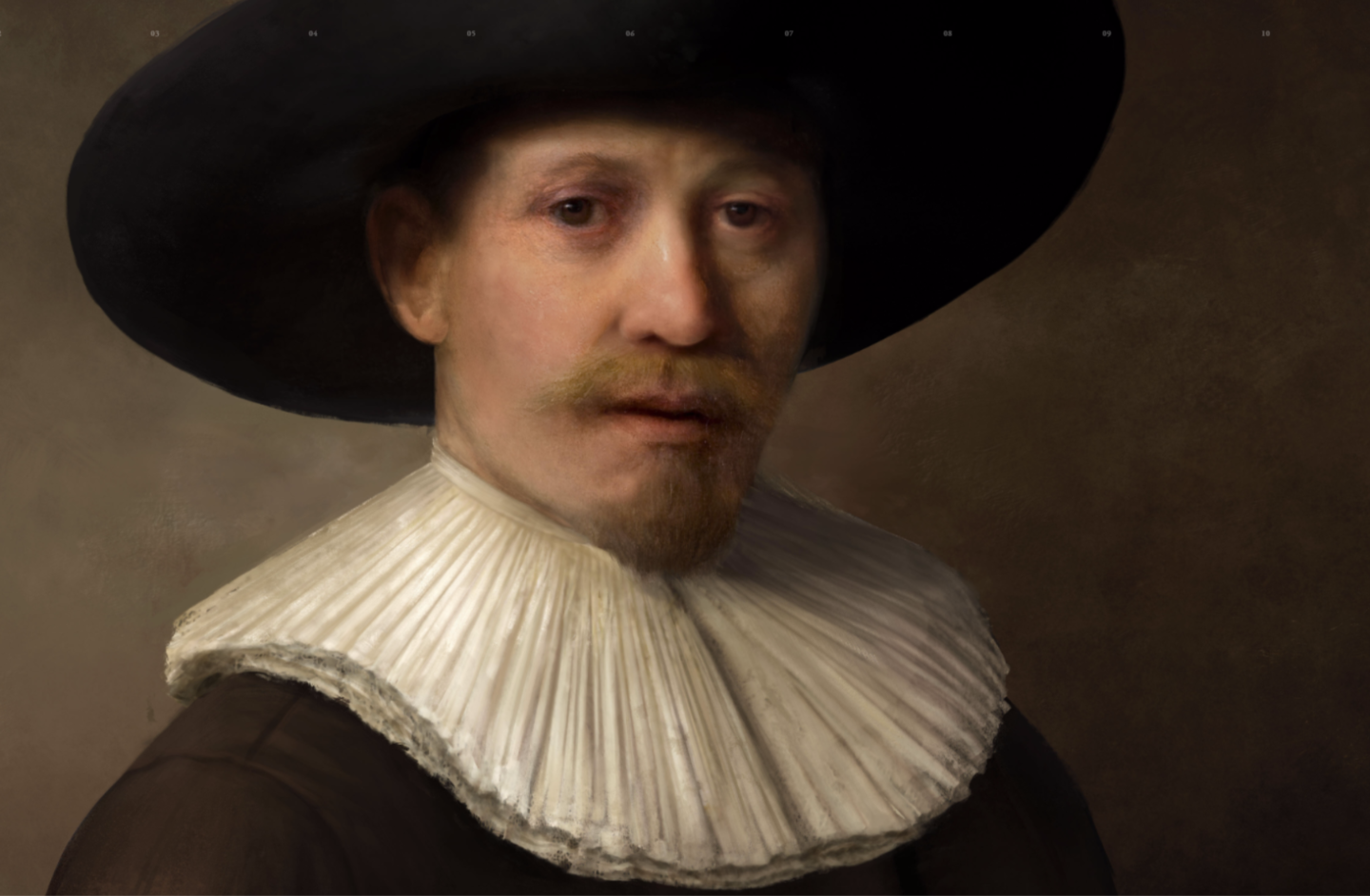 The Next Rembrandt, a computer-generated portrait in the style of the old master.
TU Delft/Microsoft/ING/Mauritshuis/Rembrandthuis

A new Rembrandt painting has been unveiled, which is no mean feat given that he’s been dead since 1669.

This painting, however, was not created by the old master himself. Rather, it is the result of a project called The Next Rembrandt, sponsored by ING (ING) and Microsoft (MSFT). It was “painted” by a 3D printer and essentially designed by algorithms.

Researchers from the Delft University of Technology, together with the curators of the Dutch museums Mauritshuis and Rembrandthuis, started by using 3D scanners and deep-learning algorithms to study Rembrandt van Rijn’s real paintings. This allowed them to compile a detailed database of his paintings’ typical features.

They then chose to paint a typical Rembrandt subject: a 30- to 40-year-old Caucasian male with facial hair, in dark clothing, with a collar and a hat, facing right. With those specifications, they were able to generate features—eyes, nose, and so on—as Rembrandt might have done.

After that, an algorithm used data from Rembrandt’s paintings to determine the most appropriate proportions of and distances between the features, and the 3D printer produced the finished product using a paint-based ink in many layers to create an authentic texture.

The Next Rembrandt doesn’t copy any parts of real Rembrandt artwork, but it still does not represent true creativity. The painting may be an original work, but every element of it is based upon Rembrandt’s earlier, authentic pieces. The whole point is to simulate his work.

Indeed, creativity is a notable “Achilles’ heel” of artificial intelligence, which still lacks the ability to be truly novel in a deliberate way.

Google’s Deep Dream algorithms arguably come closer to actual creativity, spinning wild, psychedelic interpretations out of random parts of pictures. However, while Deep Dream’s results can be interesting and sometimes hilarious, there is still no purpose behind them.

But while true artificial creativity still lies somewhere over the horizon, it’s certainly impressive to see how well algorithms can fake it these days.

Here’s a video (that’s rather heavy on the sponsorship messages) about The Next Rembrandt: