How Adobe Sparks Innovation by Paying People to Fail 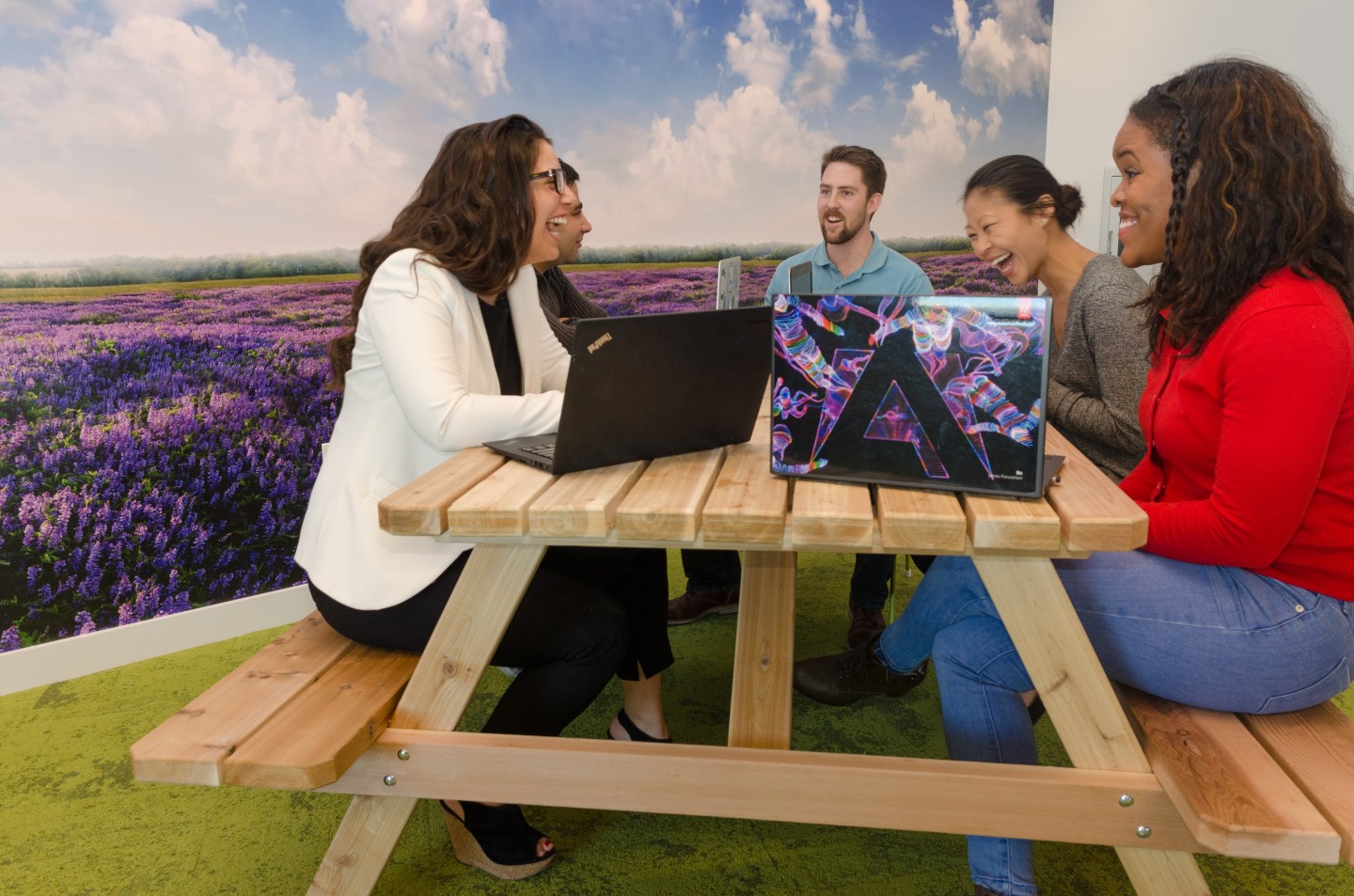 About three years ago, Adobe research scientist Hailin Jin saw a need for a new technology that would make it easy for graphic designers to identify, compare, and choose typefaces. So he created the prototype of a product he dubbed DeepFont. The idea was to replace the often tedious and time-consuming old methods of selecting typefaces with a far quicker and more accurate point-and-click app.

Just one small problem: It didn’t work. “The different machine-learning algorithms we used weren’t accurate enough,” Jin says now. DeepFont was only accurate about 50% of the time, and customers expected at least 90%, he says. So Jin and his team went back to the drawing board, trying different technologies that eventually increased the tool’s speed and accuracy. “We’re over 90% now,” says Jin. “[And] customers like it.”

At some companies, DeepFont’s initial failure would have relegated it to the dumpster and damaged Jin’s career. Adobe (ADBE), however, takes a different approach. “It’s actually ideal when someone’s first attempt at a new product or feature is a failure,” says Mark Randall, the company’s vice president of innovation. “It teaches people how to respond to what customers need or want—which is often not what you’d expect they want.”

Randall began building what he calls “a whole culture of experimenting” in 2013, when he started giving employees something he invented called Kickbox. An innovation toolkit that walks users through a six-step process of turning an idea into a marketable product, Kickbox is available to anyone who wants to download it, and Randall says hundreds of companies, government agencies, and nonprofits have done so. “It’s completely free and open-source,” he notes. “We don’t even ask for your email address.”

Only about 10% of Adobe’s 14,000 own employees worldwide have used Kickbox and attended workshops on it. “But 10% is a kind of magical number, because once you get there, everyone in the company knows someone who is trying to innovate,” says Randall. “Even people whose jobs don’t require innovation are exposed to it in some way. It creates a powerful shift in the culture.”

For one thing, says Jin, who has been at Adobe for 12 years, getting approval for a new product is much faster now. “Before, you had to get buy-in from your own boss, the product team, and other departments,” he says. “Now, people work on projects without anyone’s approval.” Jin adds that, before Kickbox, “risk taking was allowed. Now, it’s rewarded. That has really changed the way people think.”

It’s also the reason why, Randall observes, Adobe’s approach is tough for most companies to embrace. He spends a lot of time talking to managers from elsewhere who want to encourage new ideas, but, he says, “it doesn’t really work to ask employees to take a risk on something new if the company isn’t risking something, too.” Noting that each Kickbox kit at Adobe contains $1,000 of the company’s money—not to mention the cost of the time employees spend working on projects that may or may not pan out—Randall points out, “We fund each new idea before we know what it is.”

Other employers struggle with that, he says, and the bigger the organization, the more difficult it is, because trusting people subverts all the control mechanisms. “Many people from big companies have asked me, ‘Isn’t there some way to let people [use Kickbox] without any risk to the company?’” Randall says. “The answer is ‘no’—and in fact, ideally, you want to highlight that element of risk. Make sure everyone knows about it. Let employees know that you’re betting on them to come up with great ideas.”

So far, that bet seems to be paying off. Thanks partly to a crop of employee inventions that have proven popular with customers, Adobe reported record revenues of $1.3 billion in the first quarter of this year, up 25% from the same period in 2015, and a 48% jump in profits.