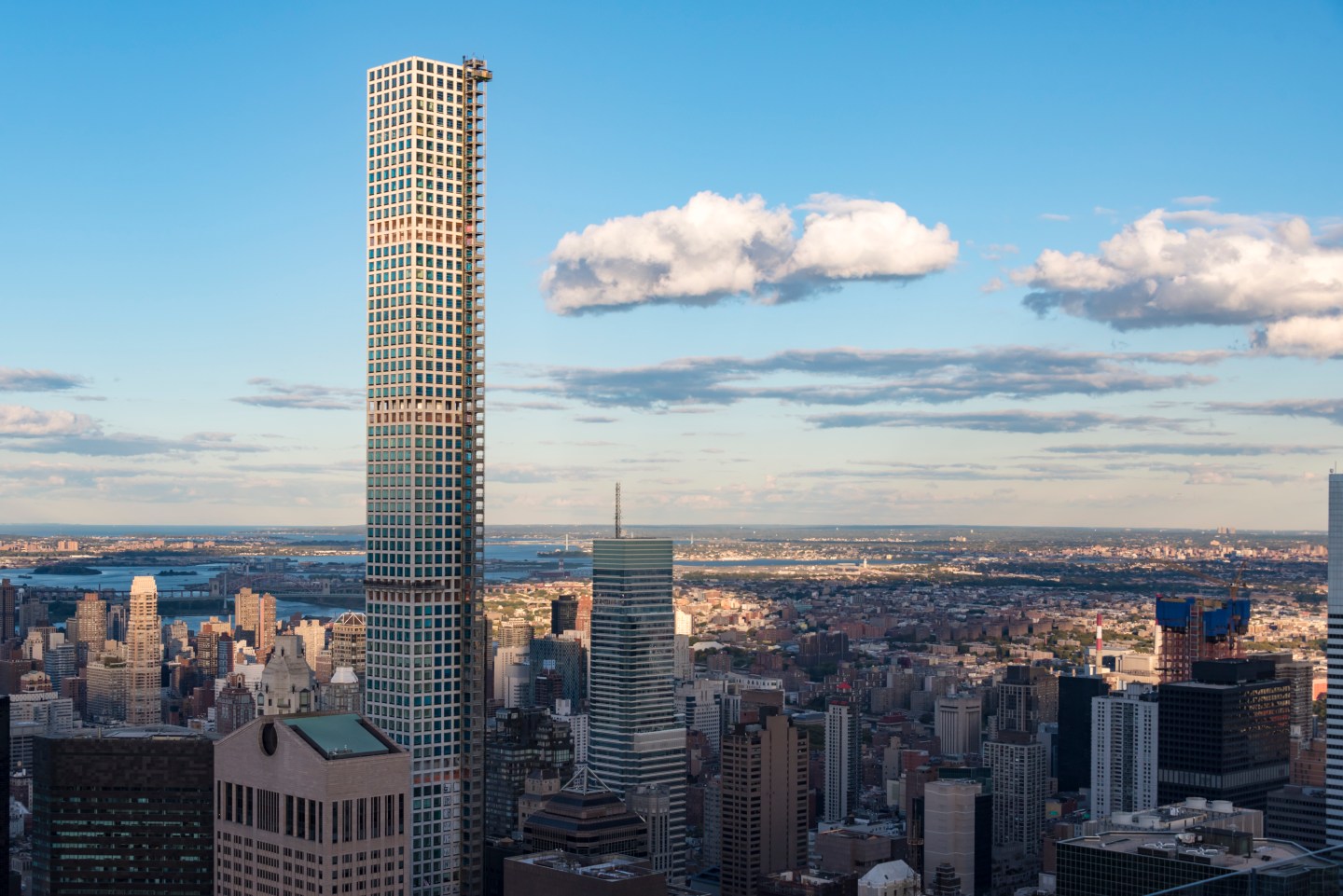 If you’re in the market for an apartment in Manhattan, chances are you’re going to need around $2 million.

The average sales price of an apartment in New York’s borough topped the $2.05 million-mark for the first time, shooting up 18.4% from a year earlier, according to the latest Miller Samuel and Douglas Elliman quarterly report.

The prices seem to be fueled in large part by the closing of new development deals, which jumped 94% from a year earlier to 621 deals. Projects such as the 432 Park Ave condominium—the tallest residential building in the world, and one which sold a unit for around $16.7 million this month—helped boost the median price of new purchases by 60% to around $2.6 million, also a record-high.

The latest report caps what has been a steady rise in the prices of Manhattan’s luxury properties since the 2008 financial crisis, as international buyers and a depressed inventory pushed the numbers up.

However, that boom could be seeing an end soon, as the figures only reflect closed deals, and not the amount of new contracts signed for Manhattan properties. Those contracts have dropped 29% in the first quarter from a year earlier, Bloomberg reported, and those decreases may reflect a softer property market in later reports.

“The flood of new-development closings represents a different time in the market,” Jonathan Miller, president of Miller Samuel, told Bloomberg. “It is not a testimonial to the current state of the market but rather a testimonial to an under-appreciated period in 2013 and 2014 when there was apparently a lot more activity than people realized.”