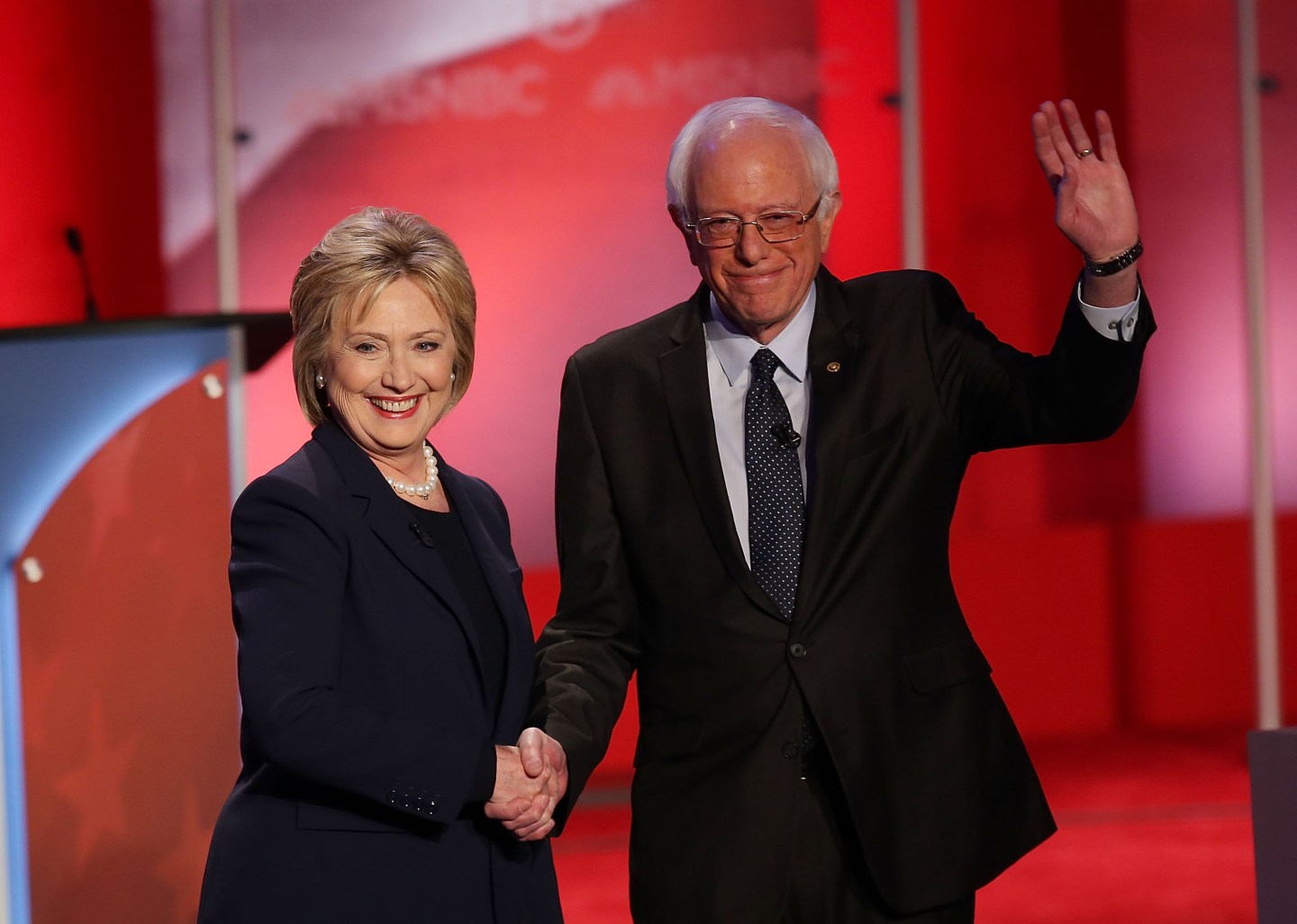 During election years, the Republican party can typically rely on the U.S. defense industry to help fill its candidates’ war chests to the extent that U.S. federal law allows. In recent history, the GOP has positioned itself as big defense spending supporter, and its candidates typically get more defense-related contributions.

But given the atypical tenor of the 2016 race, perhaps it should come as no surprise that the defense industry seems to prefer Democrats Hillary Clinton and Sen. Bernie Sanders over their GOP counterparts. According to an analysis by the Center for Public Integrity, Hillary Clinton has collected the most campaign contributions from employees of the 50 largest Pentagon contractors over a 14-month period ending in February, receiving at least $454,995 over that period.

Not only that, but Sen. Bernie Sanders of Vermont—the same Sen. Bernie Sanders who has proposed deep cuts in defense spending should he clinch the nomination and the presidency—comes in at number two, edging out hawkish Republican Sen. Ted Cruz of Texas.

Sanders’s $310,055 in defense-related contributions slightly tops Cruz’s $307,995, according to the CPI analysis. But Cruz’s Republican competitors Donald Trump and Ohio Gov. John Kasich have reeled in relatively little from the defense industry ($10,586 and $39,194 respectively). All said, the two Democratic candidates have raised $765,049 from defense-related donors, while the remaining GOP candidates have received just $357,775.

There are mitigating factors involved here, the CPI analysis points out, not least being the fact that Donald Trump is largely self-funding his campaign (the fact that the controversial GOP frontrunner remains ahead of his rivals in the delegate count could also have defense industry donors betting that either Clinton or Sanders has a better shot at winning the Presidency in November). Nonetheless, the disparity is unusual given historical precedent.

As for her position on defense spending, Clinton has remained somewhat vague. She has argued in favor of ending the so-called “sequester” caps that limit government spending—including defense spending—as part of the Budget Control Act of 2011. Her biggest batch of contributions came from individuals related to General Electric (GE), which does a brisk business selling aircraft engines and the like to the Pentagon. Employees of Boeing (BA) and Lockheed Martin (LMT)—the world’s two largest defense contractors—also contributed tens of thousands to her campaign.

Sanders has positioned himself upon an equally-opaque middle-ground on defense spending, voicing support for extremely costly programs like the $400 billion F-35 Joint Strike Fighter while also advocating for relatively aggressive cuts to military spending. Nonetheless, Sanders received $45,652 from employees of Boeing and at least $36,624 from employees of Lockheed Martin.

The Center for Public Integrity dives far deeper into the numbers here.