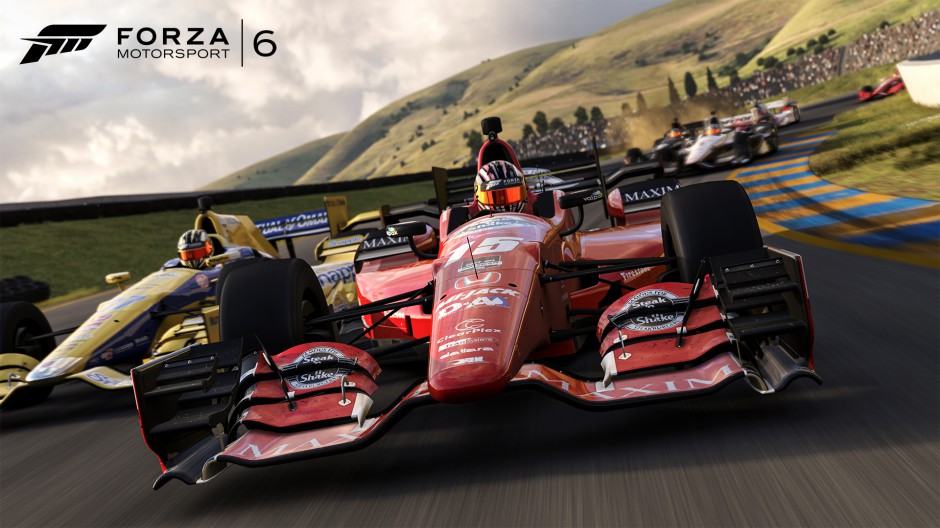 Microsoft was early into the eSports fray, partnering with Activision Publishing on the Call of Duty Championship from 2011 through 2015. These days, it’s going all in on the first-person shooter Halo series produced by its own studio, 343 Industries, through the Halo World Championship and the Halo Pro League with eSports company ESL. In addition, Microsoft has partnered with eSports technology company FaceIt to power Xbox Live Tournaments.

Microsoft has partnered with ESL and international electric racing league Formula E to create the Forza Motorsport 6 Race Off Pro Series. Alongside the real-world season of Formula E racing in Long Beach, Calif., Paris, Berlin, Moscow, and London, gamers are competing online in virtual Formula E cars. Their prize: the chance to win an all-expenses paid trip to London, where they’ll race for a piece of the $15,815 cash prize pool. The inaugural Race Off Pro Championship will take place in a custom-built arena at London’s Battersea Park.

“It’s fantastic to see a series like Formula E recognize the importance of bringing in a brand-new audience to its sport and the power of using eSports and Forza Motorsport 6 as a bridge into attracting that audience,” said Brian Ekberg, community manager at Turn 10 Studios.

Meanwhile, Activision Blizzard-owned Major League Gaming (MLG) just kicked off its first Forza Motorsport 6 online tournament, which runs through May 7. Players compete in weekly one-on-one and team-based online race events, featuring S-Class cars on a variety of tracks. The top drivers will win a trip to New York to race in the live finals on May 21. The $11,000 prize pool includes $5,000 for the top driver and $6,000 for the best team.

Bringing the Forza series into the world of eSports was a natural move for Turn 10 Studios, Ekberg said. After all, cars are all the studio focuses on with its games, and racing is an offshoot of the car culture, he said.

“People want to see which car is fastest on a given track, or who has the better tune or the stronger driving skills,” Ekberg said. “While the machinery of eSports has seemingly grown up quickly over the past couple of years, Forza has been in the business of online competition for a long time now, whether it was working with partners like BMW on a racing tournament in Forza Motorsport 4, where the winner took home a brand-new BMW M5, to the current eSports tournaments.”

Ekberg said the depth of modes, cars, and tracks used in the Forza 6 game series opens up a myriad of opportunities for eSports. The current ESL Formula E tournament is completely different than the MLG competition, which has its own cars and rules. This separates this game, and the racing genre, from other popular eSports titles.

Turn 10 Studios has paid close attention to the eSports initiative that sister studio 343 Industries established with the Halo World Championship. “We found it’s important for each series to define its eSports initiatives in a way that caters to the game itself and to the community,” Ekberg said.

One example is Turn 10’s ongoing Lamborghini Super Trofeo series, which features weekly events where fans race across two distinct game modes, each of which appeals to different types of players. If a player doesn’t like to race online with others, Ekberg said he or she can still compete in the game’s hot-lap competitions and feel like they have a chance at winning a cool in-game prizes such as Lamborghini vehicles.

“We’ve learned a lot over the years from partners like ESL, MLG, and Formula E, as well as from our own self-run events,” Ekberg said. “Over the next few years we will see some exciting innovation in the overall eSports landscape. We are glad to put the Forza community at the center of competitive racing, and feel we’re just getting started with the future of competitive online racing on Xbox.”

Superdata Research CEO Joost van Dreunen has found that a relatively small percentage of racing fans watches competitive events. He said the game’s emphasis on realism makes it closer to actual racing, and therefore has less appeal as an eSport. Those that watch are loyal fans of the genre and the games but represent a much smaller contingent compared to the fans of other multiplayer online battle arena games such as League of Legends or Dota 2 and first-person shooters like Halo or Call of Duty.

“MLG and ESL’s inclusion of racing games suggests that they are looking to capitalize on the current momentum in eSports and the appeal for publishers to leverage competitive events as part of their marketing and retention strategies,” van Dreunen said. “It raises the question whether this will hold in the long term.”